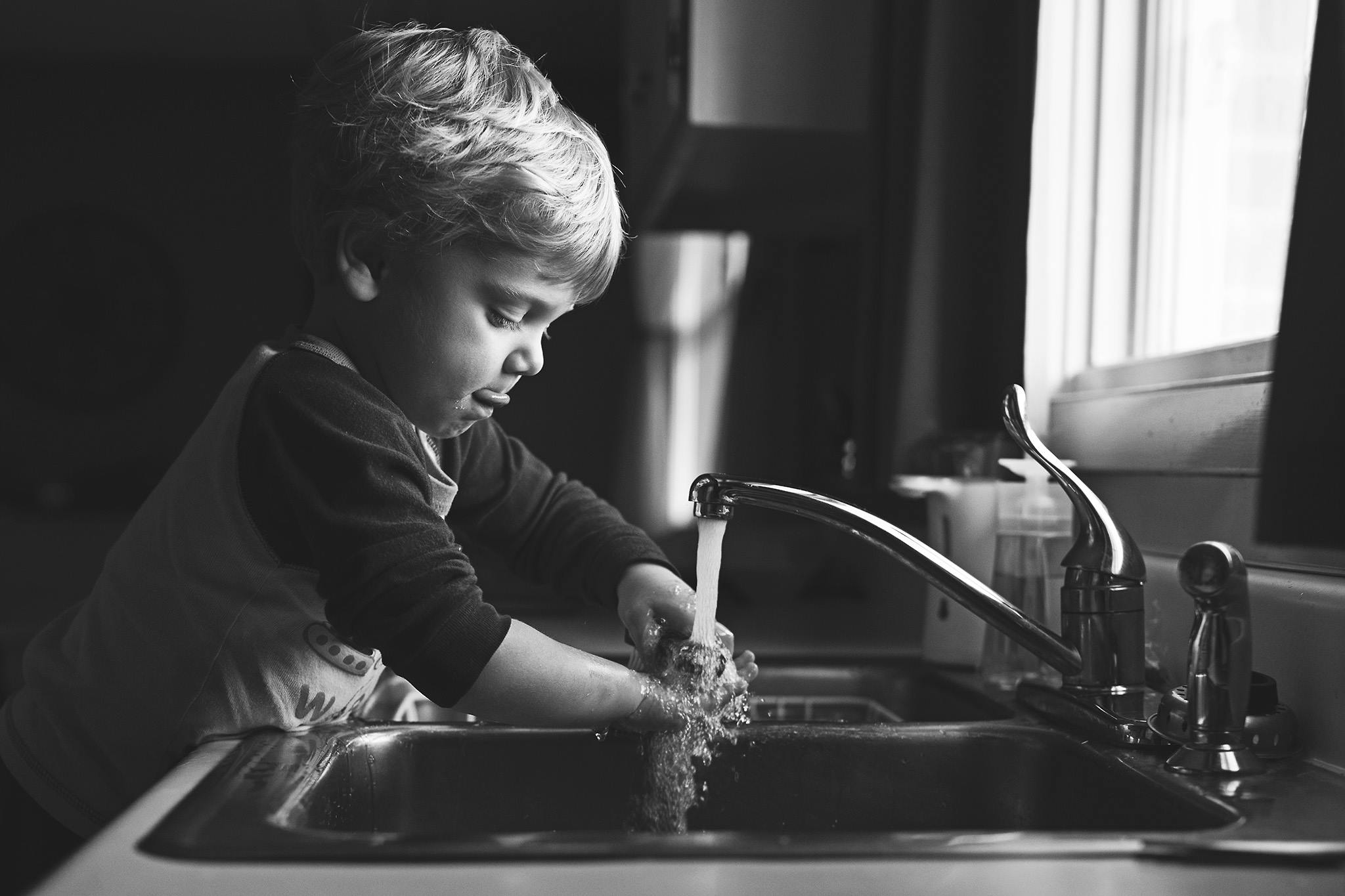 “And Jesus increased in wisdom and stature, and in favor with God and man.”

I remember the first time I really heard that verse, the first time the word “increased” leaped off the page and slapped me in the face. At that time I believe I pictured Jesus as something more than human, something altogether complete from the very beginning, something, in short, so outside the framework of real humanity as to be almost unrecognizable. He was golden, that was it.

From the moment his eyes first fluttered open and his lips parted (not to cry, mind you, but to softly coo as he lay on the scratchy straw in the manger), he was fully aware of his mission. He wore his destiny like an impenetrable armor, and nothing got under his skin. As a toddler, he smiled benignly at his mother, stumbling over to help her knead the dough and bake the bread. Later, he played games with the village boys, and if they shouted at him or threw stones, he shook his head and thought to himself, “No matter. I am the Savior of the World.”

But Luke’s account suggests something else. And whether you read the translation as Jesus “grew” or “advanced” or “kept increasing,” the implication is the same. At some point, Jesus must have had less stature, less wisdom, less favor. Anyone capable of maturing must once have been less mature. How is it possible that a perfect human could be seen as anything less than fully formed?

It makes me think of the times, as a child, when I was warned about playing with Spanish moss. I didn’t know that the moss was full of redbugs, and I had to learn to adjust my behavior accordingly. As an adolescent, I was embarrassed about my appearance and my clothes. I worried far too much about what people thought of me, making endless comparisons and having no idea that everyone else was just as insecure. When I fell for Jon, I believed that no two people had ever been so much in love. I thought that because we had found “the one,” and because we had the support of our families, we wouldn’t have much trouble in our marriage. How much I’ve grown out of and into!

And yet, as a mother, I struggle with the idea that my children are firmly fixed in whatever rebellion or rudeness or cruelty I find them engaged in. I want to improve them, change them, squash any evidence of childishness or foolishness or folly. I forget that I have charge of two little growing, changing humans.

What does that word conjure up in my mind and heart? In spite of the fact that Jesus chose to become human, to remain human, I still feel an urge to reject my humanity. I feel ashamed of it, as though I ought to have sloughed it off by now and begun engaging with the world in some radiant spirit form. I want to be like Jesus the Superhuman, hovering above the sad soil of this world, free from its brokenness and its gravity.

“The God of biblical faith is the God who meets us at those moments in which for better or worse we are being most human, most ourselves, and if we lose touch with those moments, if we don’t stop from time to time to notice what is happening to us and around us and inside us, we run the tragic risk of losing touch with God too.” (Frederick Buechner, Telling Secrets)

For better or worse. I’m afraid my human moments tend to lean toward the worse. I want to give my children the gift of a perfect mother—you know, the one who in moments of hysterical crisis gently embraces her children and whispers Scripture into their attentive ears. I’d like to give them the Deluxe Model, the newest updated version, but more often they see the mom who’s a little inappropriate and whole lotta passionate. They see the woman who doesn’t like to talk first thing in the mornings and who’d rather read books than play pretend. They see the crazed fear of sickness that makes me long to snatch candy from their sticky hands and hurl it into the trash. They see the grumpy gal who didn’t get enough sleep and who doesn’t particularly care about their happiness today.

They see the human Helena.

I fall on my knees before God and ask, “Is that enough? What if I am nothing more than human?”

And what answer does He give? Can I look in the eyes of Jesus the Human and fail to see that “God himself showed how crucial human life is by actually living one and hallowed human death by actually dying one (and He) lives and dies still with us and for us and in spite of us”?

The perfect human was perfectly human. He grew in wisdom and stature and favor with God and man. So must my children. So must I.

Thanks be to God.