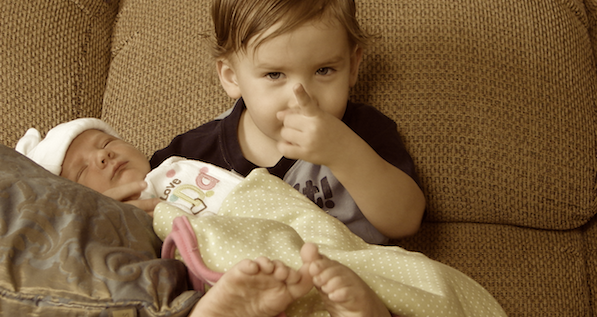 Don’t you hate it when people go straight to a section from The Lord of the Rings to explain something important in their lives? It reminds me of the part where the army of Gondor is overrun, hopeless, on the edge of defeat. Their allies in Rohan have not come to help, even though the ancient alarm was given. They are everywhere routed and their inactive leader has descended into madness. The wizard Gandalf takes charge of the city’s defense, but it’s not enough. The heroes of Gondor resolve to go down fighting in a glorious, hopeless battle. All is doom in the Battle of the Pelennor Fields.

I first read this incomparable book twenty years ago, but I remember this scene like it was last night. I was totally invested. I felt like one of those men of Gondor battling on in a hopeless struggle. The Witch-King enters the city and Gandalf alone stands before him, death and doom await the free peoples of Middle-Earth. The Witch-King speaks,

‘Old fool!’ he said. ‘Old fool! This is my hour. Do you not know Death when you see it? Die now and curse in vain!’ And with that he lifted high his sword and flames ran down the blade.

Gandalf did not move. And in that very moment, away behind in some courtyard of the City, a cock crowed. Shrill and clear he crowed, recking nothing of wizardry or war, welcoming only the morning that in the sky far above the shadows of death was coming with the dawn.
As if in answer there came from far away another note. Horns, horns, horns. In dark Mindolluin’s sides they dimly echoed. Great horns of the North wildly blowing. Rohan had come at last.

from The Return of the King, by J.R.R. Tolkien

The horns of Rohan! Their allies had come at last. I remember that feeling in my skin. Rohan rides in and turns the tide, the ancient ally of Gondor has not failed them at their most desperate hour. The battle is won.

This feeling of –incredibly, out of nowhere– finding an ally in the struggle of our lives, is unforgettable. Even in a tale.

Yesterday I celebrated 12 years of marriage with my wife. Of course, it would have been weird to celebrate it with anyone else. It was also Father’s Day, my 9th. We actually got married on Father’s Day weekend. How terrible is that? During the ceremony, after the “Who gives this woman” part, I solemnly drove a dagger into my father-in-law’s back. Thankfully, he’s a generous man, and he has not retaliated by taking her back. Anyway, the twin occasions celebrated are a harmonious expression of my primary vocations in life. I am husband. I am father. Only “I am a child of God” gets closer to my deepest identity.

Though I love and embrace these callings, it’s not easy to be either husband, or father. I don’t think you need any help understanding that. We’re all there. Parenting really is tough, and it doesn’t make you a spiritual sissy to admit it. Fathers and mothers know the struggle, don’t we? It’s kind of a battle out there. Foes without and fears within, not to mention potty training. Sometimes I think it’d be easier to actually train a potty.

Sometimes, it feels like there are land mines set up to impede our progress, or blow us up. We want to pass on to our kids the love of Jesus, hope, and happiness in him. We want to raise humble, happy, thankful, holy, and faithful kids. We receive this as a gift from God, and also work hard to be those kinds of parents.

I’m often befuddled when I think through what my kids will be exposed to. I sometimes despair, feeling as though I must choose between shallow, safe, so-called “Christian” media, and woeful, perverse, vapid trash. This is not precisely the case, but maybe you’ve experienced those fears. And there really is plenty of both.

How sweet it is when we discover a story, a record, a movie, or a play where our kids are seeing the very best of truth, beauty, and goodness. We see the truth we are longing for them to latch on to neither subverted, nor sanitized to death, but upheld. We feel there is someone on our side. It’s not a minefield; it’s the cavalry! We are not alone! There are imaginative tales burrowing into our children’s hearts, past the “watchful dragons” of their minds, to inform who they are at the deepest levels.

Now, I don’t want to suggest that there is simply a cache of good material for children, and a pile of bad stuff for children. Of course it’s not that simple. But the fact remains that there are materials unsuited to children, and tales that reinforce the true, the good, and the beautiful –that ancient trio of virtue.

And that is what my wife and I want. We want to see virtue reinforced, not undermined. We want our children to experience stories that tell the truth about how God made the world. Many will say, “You can’t shelter them!”

You can do it the right way, God being merciful. I don’t want my kids to grow up in a dark, airless box, protected from everything and all the while suffocating. Nor do I want them to play hopscotch in a minefield. I want to provide for them the shelter of a mountainous maple tree. There’s protective shade, a long view in every direction, and it’s open and happy with plenty of crayons.

In The Voyage of the Dawn Treader, C.S. Lewis writes of Eustace Scrubb that he had “read all the wrong books.” Mainly, they were strong on modern political and technological advances, but they were “weak on dragons.” Eustace, because of the ignorance of his heart and the poverty of his imagination, becomes a dragon. Christianity is a dragon-fighting religion, and we need tales that inspire awareness of dragons, as well as the courage to oppose them. Not to mention love, honesty, and the proper response of the heart.

So, we need the right kind of stories. Ones that aren’t weak on dragons. But why stories?

There are many ways to connect children to truth and reality. One is filling their minds with information, information that is true and real. This might be as simple as saying, “Jesus is powerful.”

Another method is storytelling. When children meet Jesus in stories (true stories –like the four Gospels), they see him calm the sea, raise the dead, and turn water into wine. The story, like the wine at the wedding, goes down sweet and settles inside.

With information you get the idea, but it will always lack meaning unless it is connected to a story. When you tell the story, you usually get both. When Jesus raises Lazarus, you don’t have to say, “Jesus is powerful.” You experience it and have it in your heart. It has touched more than your mind, is more than stored. It becomes, like Lazarus, something that was dead, but now breathes.

This is what stories can do and be in the mind of a child. Children (and all of us) are suited to receive stories and for those stories to inform the imaginative life. How many of us have read a book, or seen a movie, and afterwards burned to do what we have experienced? (And we really have experienced it.) We want to be as bold as Luke Skywalker (without all the whining). We want to be as faithful as Samwise Gamgee, as pure in heart as Lucy Pevensie. Well, children don’t just aspire to great characters in the aftermath of stories, they inhabit them. They walk away and become what they love.

I see such creatures everyday, as I’m sure you do as well. My house overflows with hobbits, cowboys, merry men, and fairy princesses.

Our homes are little warrens for stories, with eager bunnies abounding.

So, if they indeed become what they love, how important it is that what they inhabit is full of virtue. It is of utmost importance that we are not asleep at the tollbooth on this little avenue of imagination, this person-defining road to our children’s affections.

So, what about this place, this Story Warren? Why are we here?

We want to serve you as you seek to foster holy imagination in the children you love.

We want to do this primarily in two ways:

Mostly, we want to write and share posts that will inspire, encourage, and foster holy imagination in you. Trickle-down imagination! I don’t know about you, but I can’t give to my children what I don’t have. Children become engaged when we are engaged. Also, we need the very same thing. Our focus here will center on children, but most of that applies to us as well.

Secondly, we want to serve as a connection to storytellers, song-singers, teachers, and others who are doing this wonderful work. Imagine this place to be like Rick’s in Casablanca, except with way fewer Nazis. It’s a place to connect with others who are on the same road, to be exposed to some artists and authors who are potential allies in your battle.

We want to be champions of construction. There’s a million places on the internet to fight about stuff. (I know, I counted.) We don’t want to be another place where angry, anonymous people can prove they’re right on the internet. Grab a hammer, or a wheelbarrow. Leave the wrecking ball alone.

Let’s build together, loving the little ones by everything we make.

We may not be decisive, as the Riders of Rohan were in Gondor, in your life. We do not aspire to exactly that. We just want to be allies in your efforts, coming alongside and sharing our water canteens, maybe telling some dumb jokes. But we do truly hope God uses this place in your life for your deep joy and his great glory.