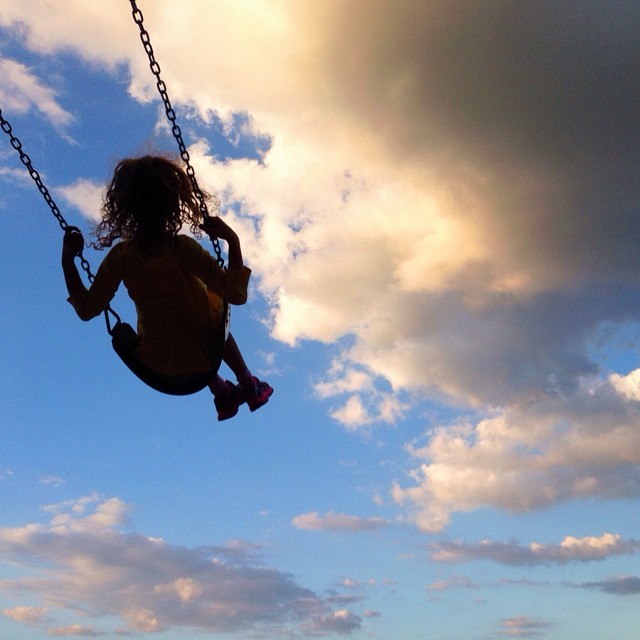 The barred owl was resting on a branch just a stone’s throw from the road. So close. We’ve heard their “whoo-whoo-who-cooks-for-you” call many times in that part of the preserve, but this time the bird was low to the ground and close enough to examine. It was the middle of the day, and the owl was sleepy. Its beak sank into the triple-striped frame of chocolate brown feathers around its face. Languidly, it opened its black marble eyes and blinked at us. It turned its head, swiveling to face the other side of the tree.

A man passed by, going the opposite direction on the trail. “It’s a barred owl,” we said, our faces lit. “Oh,” he nodded. “A big one.” There was some acknowledgement there. But he hardly slowed his pace as he walked past. “Too dark to get a picture,” he said. He couldn’t document the experience and share it with his friends and family. Merely stopping to see the owl’s astonishing, graceful movements wasn’t worth his time. He had no sense of wonder.

Gabriel Marcel said that we “move on the margin of reality like a sleepwalker.” It’s an apt description…for adults. We’ve all been exposed to so many wonders that we’ve become bored with them. We’re hard, skeptical. That magic trick? We can find out how it’s done online. It’s not real magic. That marvelous animal? We’ve seen it hundreds of times on television. That double rainbow? That orchestra performance? That waterspout? We’ve seen that stuff on Youtube. We stumble through life half-awake, asking the world, “What else ya got?”

But our children are born with a seemingly infinite capacity for wonder. They are delighted when the grackles strut-shuffle across the front yard in search of their breakfast, every color of the rainbow secreted in the folds of their oily black feathers. They jump up and down, pointing and shouting, when they find that robins have built a nest in our very own yard. Fragile blue eggshells fall to the ground, and they just lie there, waiting to be discovered! The moon shines in the night sky, and it changes shape! Did you know that? It’s wonderful! What’s more, there are stars, and occasionally they fall, and you can actually see them streaking across the sky.

We rush to fill our children’s minds with useful information. They need to know their alphabet, their multiplication tables; they should know the names of some presidents, and the periodic table. But all of that is available at any moment of the day, with the touch of a finger. It’s the capacity for wonder that children lose too quickly, the capacity for wonder that needs the most nourishment. I would argue that this is the crucial beginning of our children’s understanding of God. Apart from wonder, how can anyone appreciate the majesty of creation, the mystery of incarnation, the magnitude of omnipotence?

On another of our visits to Radnor Lake, we found a nest of barn swallows at the top of a porch beam. Instead of keeping to our schedule and hurrying home to get the kids in bed, we sat down in the rocking chairs on the little cabin’s plank porch and watched four baby birds crane their necks over the lip of the nest. The kids cooed and laughed at the fragile little puffs of gray fuzz with wide, thin yellow beaks. Mommy and Daddy Barn Swallow swooped in and fed the hatchlings, taking it in shifts to keep their brood fed. We stayed a while watching, listening to their tiny chirps. With the flick of a finger, we could have learned all there is to learn about the anatomy of barn swallows, about their feeding and mating and nesting habits. But we thought better of it.

“Do you see how they call out for food, kids? See how the mother bird darts in and flaps her wings, guarding the nest when we come too close? See how she feeds them, dropping worms and bugs right down into their throats?”

Come sit a while. Drop your books at the door. Welcome to The School of Wonder.

“The world is fairly studded and strewn with pennies cast broadside by a generous hand. But- and this is the point- who gets excited by a mere penny? But if you cultivate a healthy poverty and simplicity, so that finding a penny will literally make your day, then, since the world is in fact planted in pennies, you have with your poverty bought a lifetime of days.”