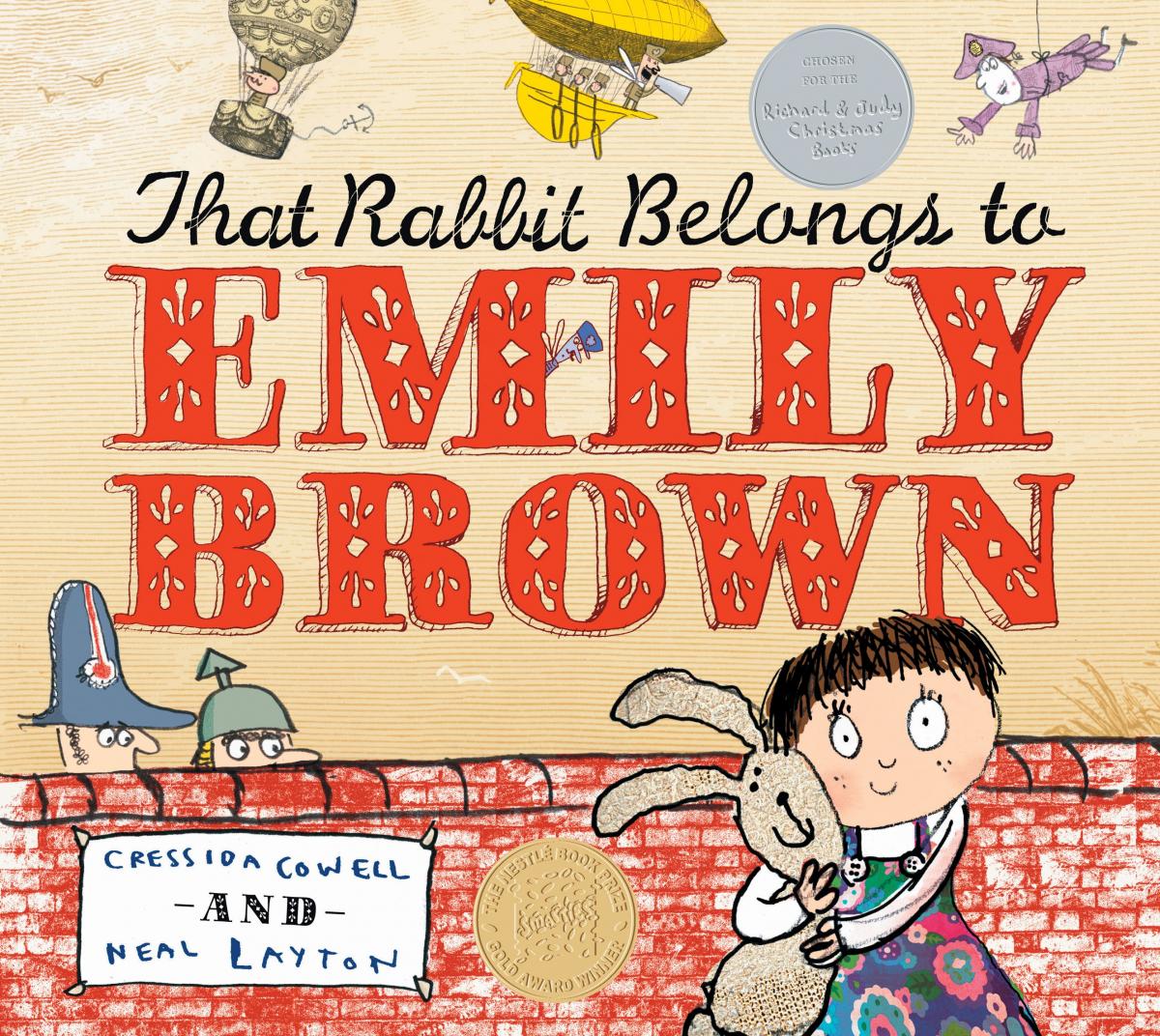 I don’t know about your kids, but as soon as their birthdays arrive, or Christmas rolls around, or their grandparents send them spending money, my children forget about all the multitudes of delightful toys that are scattered around their room. The stuffed animals piled on their beds, the cars and princesses crammed in their toy boxes, the games and books and puzzles stacked on their shelves…all of these pale in the dazzling light of the newest, shiniest things.

Emily Brown would be appalled. She understands friendship and loyalty like few children I’ve ever met. It’s no matter that her loyalty belongs to a faded, floppy gray bunny called “Stanley.” Emily and Stanley are bosom friends. They’re partners. They ride through the desert on their motorbike. They climb through the jungles of the Amazon. They explore the outermost regions of the Milky Way.

Their relationship is so special, in fact, that it excites the jealousy of the Queen. She sends her Chief Footman to Emily Brown’s house. He knocks at the kitchen door with a rat-a-tat-tat! and offers Emily Brown a brand new golden teddy bear in exchange for her faded “bunnywunny.” Emily Brown is not tempted for a moment. But the Queen refuses to give up. She sends a Captain of the Army, an Admiral of the Royal Navy, and an Air Force Wing Commander. Each comes knocking with a rat-a-tat-tat! and offers newer and better presents: dolls that say “mama” and rocking horses that rock forever. The Queen goes so far as to offer “all the toys (Emily Brown) could ever desire.”

Let’s pause there a moment, shall we? If someone came to my front door and offered my children “all the toys they could ever desire” in exchange for absolutely anything they have, including their father and me, I feel confident they would take the offer. Emily Brown does no such thing. She is frustrated by the insolence and persistence of the Queen and her commandos. She is offended, horrified, at the thought of sacrificing her faithful companion of so many (probably 5 or 6) years.

In the end, the Queen steals the rabbit that belongs to Emily Brown, and the little girl marches right up to the castle to teach that “silly, naughty Queen” a much-needed lesson about the value of loyalty and the joy of true friendship.

This is a story I never tire of reading. The illustrations are fresh and funny. The opportunities for using silly voices are ample. And if your children like the How to Train Your Dragon series, you’re likely to find that they also enjoy Cressida Cowell’s Emily Brown books.

I think I’ll read this one to the kids a few more times…in case anyone’s at the door with an appealing proposition.