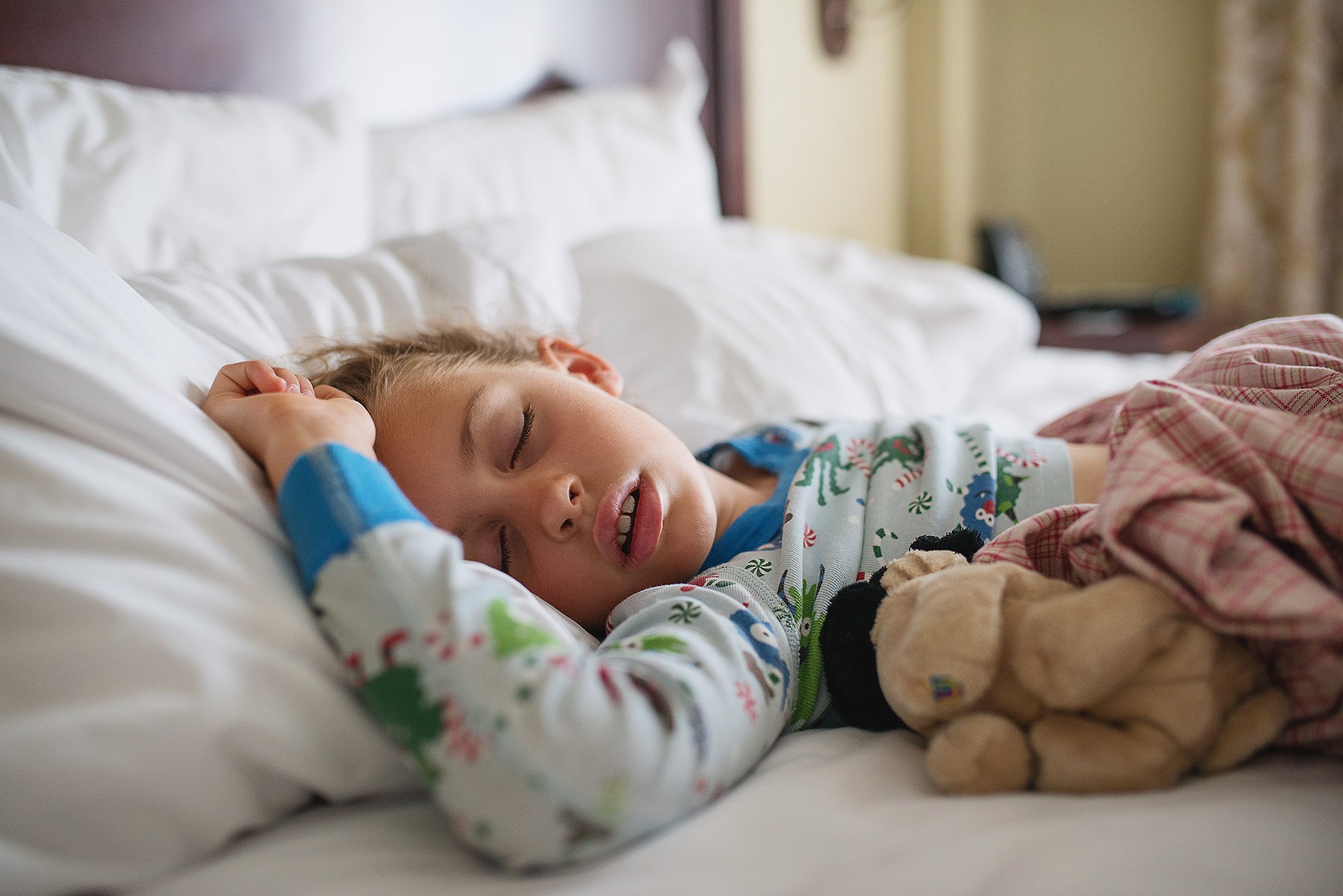 There was a time when I cringed to hear parents excuse their children’s appalling behavior by saying, “They’re just tired.” It’s a copout, I thought. Then God, in His infinite kindness, gave me children.

At this point, I’ve come to expect any number of awful behaviors to rear their heads when my kids are worn out. Bedtime is when they refuse to clean, when they actually agree to have their toys taken away so they don’t have to put forth the effort to lift cars and books and princesses off the floor and toss them into a bucket. Bedtime is when my children (who refused to eat their dinner and, thus, agreed to the stipulation that they would get nothing else to eat for the rest of the night) wail and moan that they’re starving and they didn’t mean it when they said they wouldn’t be hungry until breakfast tomorrow. Bedtime is when my children throw fits about the most miniscule inconveniences, when they hit each other, when they trip and bang their toes and swear that they’ll never walk again, EVER! Yeah, bedtime is intense. And when my 3-year-old hasn’t had a nap, the evening reaches stunning new levels of hysterical conflict.

It’s not all that funny, certainly not pleasant to deal with, but I find I’ve accepted it. When they’re exhausted, my children don’t think straight. Their emotions run away with them. They say things they don’t mean. They blow little things out of proportion. They forget the promises they made mere moments before. When they’re exhausted, they’re at their very worst.

I never allow myself this excuse.

Sure, tired kids are crazy, but adults are beyond that, right? Unless you have a newborn in your house right now, I doubt if you would consider your parenting failures in light of your exhaustion. How long has it been since you felt rested, since you woke refreshed and ready to face a day of housework and diaper changes and homeschooling? And isn’t exhaustion an inescapable part of parenthood? Isn’t our only option to square our shoulders and down some coffee (or, in my case, start eating chocolate bars at 7:30 in the morning)?

Last week our pastor spoke on the I Kings 19 passage that describes Elijah’s flight from Queen Jezebel after his triumphant contest with the prophets of Baal. Elijah is coming down from a high. He knows he’s done good work, but he has worn himself out. He’s despondent. “I might as well die,” he says. And the angel of the Lord does not appear in a blinding, thunderous explosion to reprove him. No, Elijah, who is blowing everything out of proportion, whose whole perspective has been skewed by weariness, is allowed to fall asleep and rest. He takes a nap. Then an angel appears and feeds him. He sleeps again, and again the angel returns with food. Afterward, Elijah “went in the strength of that meat forty days and forty nights unto Horeb the mount of God.” (I Kings 19:8)

My, my. The prophet Elijah was suicidal, and the Lord brought him around with some hearty snacks and a couple of naps. Maybe God knows something we don’t.

I could talk all day about the rest of faith, about the finished work of Jesus, about how all that needs to be done has been done, and everything is ours in Christ. But I doubt I’ll hold your attention for long. It could be that you’re staring zombie-like at the Facebook feed, with glazed eyes and spittle pooling in the hollows behind your collarbones, because you’re too physically exhausted to care much about spiritual rest. You’d love to remember the good word Jesus spoke to you last month or last week or last night, but you’re too worn out to hold it at the front of your mind. Your emotions are running away with you. You’re blowing things out of proportion. You’re saying things you don’t mean, don’t believe, because you’re too weary to cling to the truth.

As I did a little cursory research on the appearances of the word “rest” in the Bible, I discovered that “rest” is the beginning of the words “restraint” and “restoration.” Bible Gateway offered that insight free of charge. For those of you who, like me, need a bit more restraint when disciplining your infuriating children, for those who are longing to start each day fresh, to restore a sense of peace and order to your home, maybe the best place to begin is not with a spiritual concept, but with a nap.

The blessing of the Lord rest upon you. Sweet dreams.