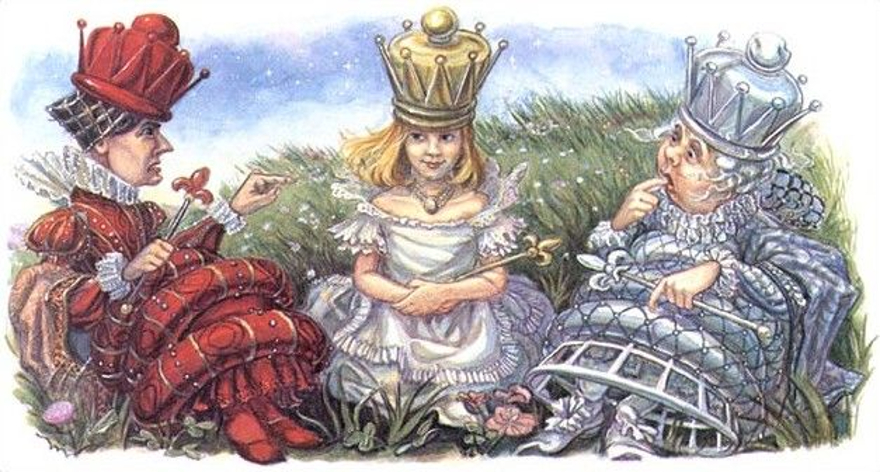 “Have you read The Wizard of Oz?”

“What about Alice in Wonderland?”

“Yes, I listened on audio book.”

“Well… what about Through the Looking Glass?”

Finding a new book for my eight-year-old brother is both a joy and a struggle. An avid book listener, and the youngest of nine children, he has had many books read to him through the years, and he digests good stories like they are desert. Recently, he just got proficient enough to read chapter books all by himself.

In the process of learning to read big books, he has skipped those awkward years when children only read Magic Tree House, A-Z Mysteries, and Captain Underpants (at least, that’s what we read back in my day – I don’t know what the options are now), and has moved straight into classical content filled with a diverse vocabulary.

It turns out that all those years we read him books beyond his comprehension have actually paid off.

Oh, the books we read him! I remember one day, when he was three years old, the whole family was on a road trip, and I pulled out my phone to read an e-book to myself. Knowing my brother, he would soon notice that I was reading and ask me to read aloud, so I chose Romeo and Juliet. I wanted alone time, the book was free through the Apple Pages app, and what three-year-old would be interested in the age-old struggle of the Montagues and Capulets?

Sure enough, it was not long before the phone caught his attention: the magical device that delivered the Blue Fairy Book stories, and he asked me to read. I was already two scenes in, but without explaining anything, or differentiating between characters, I began.

I waited for him to get bored.

I waited for him to tell me that, actually, he didn’t want to listen to this story.

I waited for him to tell me that the action made no sense.

To the entire family’s astonishment, he sat quietly through the whole first act, and never asked a single question. But what really got me was when he asked, several days later, if we could continue the story of those guys with the swords.

So we did. We read the whole thing.

At one point, he interrupted me, during the iconic fight between Tybalt and Romeo, to clarify if Tybalt was dead. That alerted me to the fact that this tiny human person was actually following the story. What?! I barely followed the story!

At the end, he was sad because Romeo and Juliet died, and very interested in telling himself a different ending, where all came well and lived happily ever after.

Needless to say, this unwitting experiment baffled me. How could a child, who could barely string sentences together, listen to and comprehend Shakespeare? And he wasn’t watching it play out on stage by a group of actors. Oh no, he was using my voice to people a stage within his own inner eye.

I have since learned much about the science behind the subconscious mind: how words and stories, even when we hear them in the background, pass around our conscious brain and enter our subconscious, resting like a caterpillar in a cocoon, until the gestation period results in beautiful ideas and connections. I find this so fascinating–that words, even if we do not comprehend them, can become flesh in our minds, waiting to emerge when experience lends understanding… and now, I’m seeing it playing out with my littlest brother. His ability to read books far above his reading level proves that the early planted readings and experiences have blossomed into whole beanstalks of comprehension.

Because of my little brother, I have learned not to fear exposing children to classic and good books beyond their understanding, especially at a very young age. The younger they are, the less they try to understand, and the more they just accept what they can, storing away the excess for a future harvest time.

Thus it was that, the other day, when I discovered that Through the Looking Glass may have been one of the few classics that escaped my brother’s read-aloud library, I didn’t ask myself if he would understand it. I pulled it off the shelf, and started planting some seeds.

At eight, his free will is much more developed than at three, so he needs a little more coaxing to decide something is worth his time. But, don’t we all?

Together, we read aloud the nonsense Jabberwocky poem, and I promised that, later in the story, Humpty Dumpty would explain it, but that I wouldn’t spoil the surprise. Using the fireplace as a visual focalpoint, I told how Alice climbs through the mirror above her mantle, and finds herself in a backwards world. And I described how everything in that world is on a chess board, with each space enclosing its own landscape and rules.

Then I asked him if he wanted to read it, or if I should keep looking for another book. None to my surprise, he wanted the book I had dangled before him, and had already planted seeds in his imagination.

So he’s reading it now.

The truth is that the elements of Alice, which have made her so compelling to us since Lewis Carroll published his sequel in 1871, have already started capturing his eight-year-old imagination, simply because they are a good story. We do not need to understand. We only need to enjoy, and the understanding will come with time. 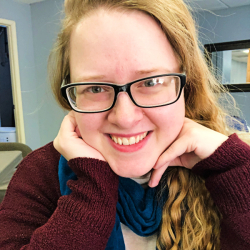 Elizabeth Russell
Elizabeth Russell is a Catholic fantasy novelist who recently escaped the suburbs of Chicago to take up homesteading in Eastern Tennessee. When not learning Hobbit skills for post-apocalyptic living, she can be found typing away at her novels, which currently include Trinian: An Epic Fantasy and Halfbreeds.