The Musical Root of Science

Richard Marsh writes at the Circe Institute about discovering the music in the physics of a pendulum. For years he’s found ways to teach his students about the nature of physics, but when he studied Galileo’s mention of the pendulum, he discovered he himself had much to learn.

The Giving Tree of Motherhood

At the Desiring God blog, Amanda Dalla Villa Adams writes of learning—from God’s Word, life experience, and The Giving Tree—about contentment and joy in motherhood and as a child of God.

Nate writes at Breaking the Silence on faithfulness in prayer. When prayers feel useless, perhaps faithfulness is the only answer—ours, and that of the One we are praying to.

Phillips makes some challenging points and leaves us with important questions to think about as we pour into the boys in our lives. Read more.

Rachel Stafford writes at Hands-Free Mama about the realization that a three-second pause can change an entire day.

Alan Howell writes of the D.D.D.W. principle: Darkness and distance does wonders. He challenges us to see that Jesus’ life was the opposite of that idea: the closer people got to Him, the brighter He shone.

The Value of Happily Ever After

Liz Cottrill writes of how fairy tales shaped her understanding of the world, and her discovery that many children’s lives have not been so shaped.

Glenn McCarty has a lovely poem for us about a snowy day with a plow. Check it out.

January is a long dark month, and the nature of the northern hemisphere is that much of our time must be spent indoors. Here are some indoor games to play!

Many years ago (we’re not going to count them), I was camping with friends in Normandy, France and one morning we took a drive over to the coast. As we turned off the highway, I saw our destination rising from the mist in the morning light. I’m fairly sure I will never see anything that strikes my heart with sehnsucht the way the sight of the cathedral of Mont St. Michel floating slightly above the water like that did. I desperately want to return, but until I can, I’m happy there are photos and videos like this one, where someone explored the mount with a drone camera. 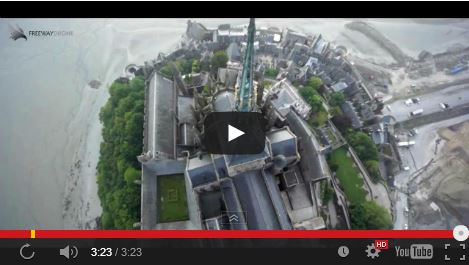