This is a long article. Damon Lindelof has been involved in writing some of the biggest hit movies of the last few years. He talks about the reality of Hollywood screenwriting at length in this interview. And if you want to understand the worldview that goes into a major Hollywood production, it’s fairly on display.

All the Radical I Can Manage

This was so helpful to me. I don’t even have words for it. Barnabas Piper wrote it.

My soul needed that. Read more.

Tim Challies writes about a realization he had about praying with his children.

I’ve definitely been guilty of the same thing. Read more.

How to Help Your Child Read with Discernment

Christina Fox provides a great starting point for helping your children develop discernment as they read.

This is a discussion we so need to be having. I think my grid would be slightly different, but we need to have a grid! Read more.

Confessions of an Angry Dad

S. D. Smith started our week with an honest look at anger and humility.

A Majestic Interview with Jennifer Trafton

Books That Live in Us: Benjamin West and His Cat Grimalkin

Clay Clarkson writes about a book his family loved.

I saw school buses yesterday. There’s still some time to get some of these great ideas in under the wire. Tip Junkie has 18 different ideas. Read more.

This one is for the kids — especially the younger ones. These kids (And, one presumes, their dads) manage to make a great little cop show out of an afternoon at the park: 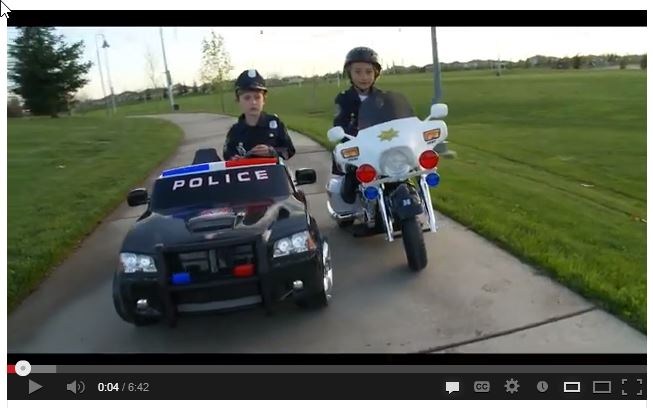 Thanks for reading! We’re on your side.