Angela Mackey writes at The Mom Initiative about those times when she says one thing and her kids hear another. The miscommunications will happen; Angela gives some good suggestions for how to handle them.

The Audubon magazine has a really cool piece up about photographer Brad Wilson’s quest to take a series of photos of owls. The photos are mesmerizing.

The owls themselves are remarkable creatures and there’s lots to learn about each breed. Read more.

Mike Wittmer has a post up exploring the idea of Jesus’ sense of humor.

Redeemed Reader has a review up of Elizabeth Marie Pope’s The Sherwood Ring. I discovered The Sherwood Ring during college. I’d loved Pope’s other novel, The Perilous Gard, since middle school, so I was excited. I picked it up from the shelf in the children’s section of the library thinking I was going to get a Robin Hood-related tale. No such luck, I’m afraid, but I was not disappointed by what I got instead. Come to think of it, Peaceable Sherwood has a few Locksley-ish tendencies.

I’m glad to see others have discovered one of my favorite little bookshelf treasures. Read more.

5 Ways to Develop Healthy Imaginations in Your Kids

David Kern of the Circe Institute guest posts with some great suggestions for developing healthy imaginations in your kids.

“…see with wonder and gratitude.”

Laura Peterson writes about the delight of finding a character in a book “like me”—and the value in finding those who aren’t.

Sam Smith shares with us Edward Lear’s story about, well, four little children who went round the world.  Read on.

TryScience.org has some really fun looking experiments and and activities. Explore the world around you with your kids!

Did you know cats turn the front and back of their body separately when they’re falling? It’s part of the whole “always land of their feet thing” and it’s really cool to watch. 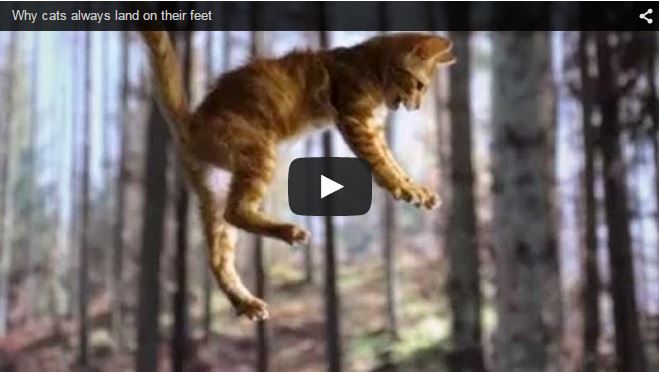