When Hope and History Rhyme

Tim Keller looks at the patterns of history in a post at The Gospel Coalition. Noting the issues with a “progressive” perspective of history, he examines the Christian answer to the prevailing perspectives of secular culture.

What sport should my kid play?

Clint Archer writes over at the Cripplegate about a father who asked him for advice in what sport the man should encourage his son to pursue. Archer’s advice examines the question through three doctrinal principles, reminding parents that parenting is a great way to put to work what we actually believe.

8 Reflections on the Nature of a Child

Danny Reed shares eight reflections on the nature of a child that remind us of the capacity and value of our children, as well as our responsibility toward them.

The Golden Path of Perfect Parenting

An Afternoon for Song of the Sea

Laura Peterson recommends Song of the Sea. She recommends it in all caps. So we know it’s got to be good.

Growing up in Michigan, Memorial Day was typically the first picnic of the year. We sometimes had to make it into a picnic indoors, because the temperature invariably dropped that weekend. But if you’re headed out to a Memorial Day parade or picnic next week, maybe your kids want to tackle one of these crafts or activities focused on honoring our fallen soldiers.

Nate Ball of the PBS Design Squad has found a way to create self-powered LEDs that light up as his baby son bounces in a seat. And it’s really cool. Electromagnetics, people. Maybe one of your kids has a younger sibling they could entertain with something like this. Or maybe they’ve got an even better idea! 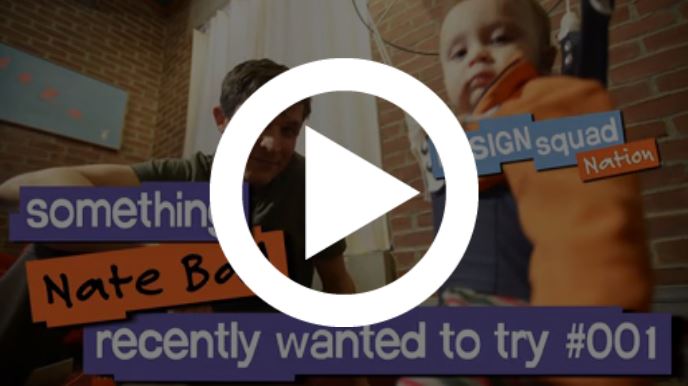