The Cost of a Car Accident

The Billfold is a website dedicated to helping people save money. This post, though, is just really brilliant writing. It actually has very little to do with saving money. Kate Abbott recounts her family’s day dealing with a car accident.

It’s like I experienced the whole thing. Read more.

How the Fast Web is Impairing the Way You Think

Kevan Lee writes at Life Hacker about the way our brains fire and the way fast access to information may be changing our brains. It’s really helpful.

Such an important conversation. It can be hard to grasp the implications of new technology, but it’s imperative that we do it. Read more.

The Danger of Forgetting How to Read the Bible

This post from Dan Doriani is a helpful look at the different ways people tend to engage God’s word. I think it’s helpful as we try to engage ourselves and our children with Scripture.

Read more for the conclusion.

The Struggle for Balance

GameChurch seems to be to video games what we try to be to imagination. If you’re looking for a better understanding of the art of video games, they can help. This is a great interview about purpose with the game designer behind a really interesting game called The Novelist.

Canada takes on the USA … in street hockey?

I love this story! The US Olympic Committee took on their counterparts from Canada in a street hockey face off. The CBC reports:

Julie Silander started our week with an invitation in the midst of a cold winter.

The Very Lines Along Which Our Spirits Live

Paul Boekell presents another quote from the great C.S. Lewis:

Three Times I Thought about the Bible while watching Frozen

We’re big fans of Frozen at Mackay HQ. This was a helpful post as I engage my kids with truth. Read it.

Read it to your kids!

Last week on the Olympic theme for a while

The only thing better than curling? Curling as narrated by Sir David Attenburough: 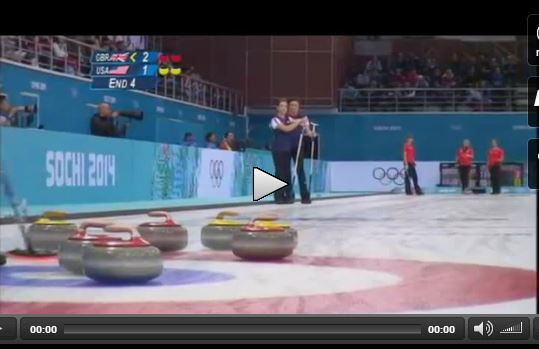