Have you read Hello Ninja? N.D. Wilson’s board book is an absolute delight. I have it as an iBook and my nieces and nephews and I read it multiple times during Christmas week last year. Well, Ninja has come to Target, and provides a great opportunity to the book’s fans. Doug Wilson notes:

Read more at Blog and Mablog.

How Can Christians be the Salt of the Earth and the Light of the World?

There are many ideas in Christianity that have become trite with familiarity. When we’ve been followers of Jesus and readers of the Bible for a long time, it’s quite easy to read the familiar phrases of Scripture and let them just roll over us without stopping to think about what they really mean. One of the joys of having children in our lives is the way they open our eyes to new ways of seeing the familiar.

See how other kids think about being the light of the world over at Crosswalk. Read more.

Our own Rebecca Reynolds has an excellent piece up over at The Rabbit Room this week. In it, she confesses her fears as a mother, and how she is learning to hand her teenage children—and herself in the process—to God.

Rebecca’s fears, and her prayers, are familiar territory for so many. Read more.

How To Talk With Your Kids About Pornography

Randall Goodgame shares at Slugs & Bugs some great advice on addressing a difficult topic with your children.

There And Back Again: The End of an Amazing Beginning for The Green Ember

We celebrated the successful conclusion of our Kickstarter campaign this week. It was a grand adventure, and S.D. Smith took a few moments to explore the journey for us.

Laura Peterson speaks to the value of reading aloud and provides some great resources for finding the right books to read.

Rabbits With Swords (and Rewards!)

Ming reveals the winners of the #RabbitsWithSwords competition for original artwork. And she shares all the submitted pieces! Check them out.

A few years ago my niece told me she’d made a movie. I wasn’t sure what to expect; she was only seven or eight at the time. When she pressed play, I was delighted—she’d used Lego people in a village she’d built to create a stop motion animated story. Stop motion is a fairly simple process, and kids can make movies using everyday toys. Here are some tips for making your own stop motion movies.

This is long, but it’s a delight. My sister talks of the joy she finds in watching her children play and create and use their imaginations together. There is a certain gladness in watching children play. Take a bit of time and explore imagination with these children playing in the woods–then maybe take your own kids out and let them explore the worlds of their own imaginations. 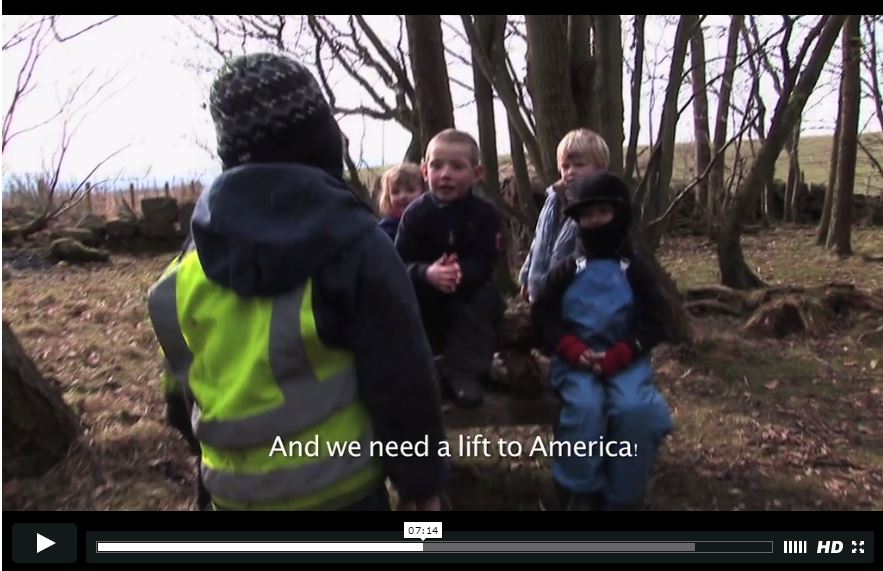