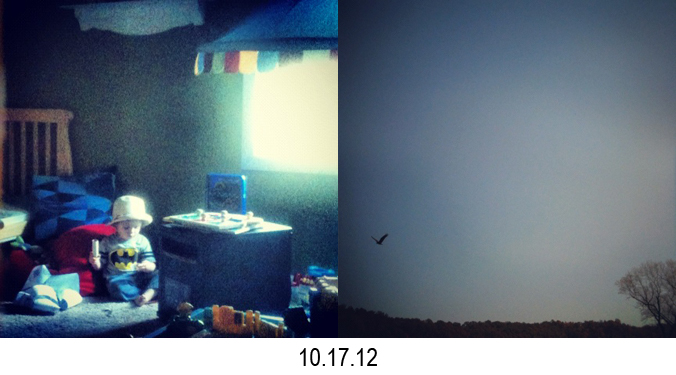 I wish I could remember how many times your father has read the Narnia books to you. During those slow years when you still had time to crawl up into a lap and listen, you spent hundreds of hours in the company of Caspian, Lucy, Jill, and Reepicheep.

We read those books until the fabric of that world integrated with the fabric of our own. When we ate a good breakfast, we declared it a centaur breakfast. A thick, white snow was a Narnian snow. That awful kid at school was a Eustace. When your dad and I grew weary, we would crawl under our covers at night and remind ourselves of the fatigue of little Shasta running in the woods.

There are so many ways we have watched our own lives unfolding through the lens Lewis provided; yet there is one particular Narnian theme that tends to recur more than any other in my life. It is a thing so subtle, it is rarely addressed openly in the stories; yet somehow I sense it in all of them. That theme is loneliness.

By loneliness, I do not mean friendlessness, for loneliness and friendlessness are not the same.  Most of life will give you a friend or two somewhere or other. What I mean is that there is sort of loneliness that exists even among friends, among brothers and sisters, even in a world where Aslan appears and disappears in the checkered shade. Among good things, among good people, among warm food and bright rooms there are still those of us who live with a sense that somehow something is missing.

When I was a child, I believed that the remedy for this ache was a proper friendship. In my third grade class there was a flurry of silly little girls volleying over one another. We all wanted the sort of companion who could share our giggles, and our secret words, and our subtle meanings. Once we found her we could form an alliance so tight, the world would never hurt us. But it never quite worked like this. I found people to love, but I never found the one I was looking for.

As I grew older, I believed romance was the answer. I began to look for a dark-eyed young man with a hearty vocabulary who knew how to make music and interesting things out of wood. I wanted a student of my heart, a dreamer, a thinker,  a guardian to protect my softness from every dragon of the night.  Searching for this, I fell in, and out, and in, and out of love. I learned that romance cooled and warmed again like the seasons.  I learned that no one person, no matter how perfect, could remedy every lack.

Young motherhood arrived with all of its glory and confusion. I looked for pilgrims to share this adventure with me, a few sweet hens with new chicks. We exchanged moments of camaraderie, organizing play dates and doing our best to share life together. Yet there was a severe isolation to those days we all spent at home, and when we finally came together, we were starved for praise and affection. Inside our own little walls, we had been grunting out different philosophies, walking in our lack until we couldn’t help but compete for affirmation here and there. Also, our kids slowly grew old enough to annoy one another, and we all seemed to have different solutions for that problem. There was a collective sigh of relief when the time came to send you all to different schools, because life in the close had grown more awkward than life apart.

Some of us stretched out into the larger Christian community. There were beautiful elements to that, elements of nurture and warmth that I enjoy to this day. Life is busy, though. From what I can tell, most of us are focused on simply surviving. When I am at church, I see faces that look interesting to me, faces I would like to know more. Yet there is hardly time to sleep, let alone mingle. So we wave, and we smile, standing two feet away and twenty miles apart.

At some point, I began to take my loneliness into niches of thinkers who share my creative interests. In these exchanges, I found brilliant moments of resonance, flashes of what I’ve always thought community could be like. I don’t know when I have ever felt so alive. But those moments do not happen every day, they are rare and they are sacred. Furthermore, even in creative community, there can be misunderstanding. Sometimes foundational beliefs don’t align. There are time barriers, societal barriers, emotional barriers, and even jealousy. We have weaknesses that wound one another. We live too far from those who fill us. Even where it seems all could be well, and that all should be well, all isn’t well. Not always.

I suppose there are people in the world who never feel this sort of unsettledness. Maybe they have grown up in small, idyllic towns among the insightful and tender. Maybe God gives a Jonathan a David here and there, even yet.

Or perhaps there are certain souls who don’t desire the same level of resonance that I do. From what I can tell, some people are quite content to never chase questions or creations, and I am not sure whether to envy them or doubt them.

But for those who are wired like we are (because I believe you and I are at least similar in this), I think every Lucy is likely to find herself standing alone now and then. Even though Susan, Edmund, and Peter wait nearby – they cannot hear that singular call of Aslan. And sometimes she stands in the wood alone and without even hearing the Lion. There are days when we walk among friends, without any friends at all.

As I think about the sort of man Lewis was and imagine what a unique burden it must have been to live with such a capacity of mind and heart, I wonder what the exact shape of his loneliness was. I don’t see how the sorts of things he made could have been made without this longing being present. (Or perhaps I am projecting, because most of the beautiful things I have ever made have come from it.)

Regardless, what I most want you to know is that loneliness doesn’t mean something is wrong with you. Instead, it is a training ground.

Of course loneliness will be difficult. Within every training ground, there are a thousand opportunities to be wounded. For instance, feeling alone might tempt you to grow cynical. It might cause you feel so desperate and restless that you try to get your needs met in ways that you know could be harmful to yourself or others.

Loneliness might make you afraid to do what you know you must, because doing hard things is so much harder when you have no one cheering. It might make you doubt yourself when you should not. It might even make you hate yourself.

It might make you so impatient for resolution that you choose a lesser answer too quickly. It might make you want to impress people who have labels, or who seem to be settled, or who are beautiful. I suppose it could even tempt you to take such a strong stand against a broken thing that you live reactively instead of proactively.

So far I have mentioned only the gap between men, but there is something harder still. I do not fully understand why God seems to choose silence so often, but the loneliness we feel on earth between our peers is only a shadow of a more primary ache.

It is not that God doesn’t commune with man, but He does tend to meet with us in a way that transcends our daily vernacular. We have been taught to engage with cold milk and mathematics. We are not accustomed to listening with ears of the Spirit.  We want God to be tactile in the exact same way that we want men to be tactile.

It is my suspicion that the filling of this tactile desire might be the first joy of Heaven. For now, though, we spend days like pilgrims walking in a cave, listening to our own hearts pounding, listening to the threads of our own ears brushing against one another.

In private, we cry out for God to be closer  – though if you asked us, we would tell you that we believe He is already as close as our own hearts. We say we believe, and yet we are ashamed that such a mighty hunger remains, and that we long to place our cold fingers in the wounds of a warm hand to confirm (at last) what we claim not to doubt but sometimes do despite ourselves. Because sometimes God feels close. And sometimes He feels so very far away.

I tell you, I would cling to those flesh ankles as they were ascending to heaven, because that thing called death is ever so much easier than faith. There are different dimensions in this world, some named and some not, and our senses for some are stronger than others. There are things I know from a spirit I cannot show you, things I would die for but cannot hold between my hands.

Which means this is a hard thing we do. And yet, this ache is not nearly as bleak as it seems. Here is why.

Long ago, wise men would journey into the desert to find wisdom. They did this because they sensed a great secret – that want is a greenhouse for revelation. Hunger cleanses. It makes us ready. And loneliness, as hard as it is, is a sort of hunger. It grows a heightened awareness in us, burns away the dross, primes us, shows us our weakness.

Loneliness forces us into the presence of the soundless symphony of the Divine, so that we might learn to hear the songs of a distant land. It stretches us larger so that we might have more room for a God the world has painted far too small. It shows us an ache the size of the heavens, an ache that was given to be filled.

So I hope you will not be too afraid or too surprised when it comes to you. I have lived with this a good long while now, and I am starting to see that there is a need for Shasta to run for a night, exhausted, cold, and friendless. I am starting to see that there is growth in the falling heart of Lucy when no one believes what she has heard whispered, not even herself. I am starting to understand why solitary Edmund wavers, and why Reepicheep points his nose East at all costs, and how this terrible want that keeps me awake (night, after night, after night) will be met one day when my desire has grown not smaller, but large enough to burst the tiny cage the men of earth have built for the containment of a ridiculously-tiny lion.

Our wants are not too great, but too small. So, do not fear. There is an answer for the sadness in you, though you will only find it a bit at a time. Without it, you are wise to be a bit unsettled. Be content. Be also ravenous. What you long for is here already. What you long for is coming still.

In the summer months, Rebecca lives on the back of a painted turtle who wanders the night sky collecting moon fizzles.