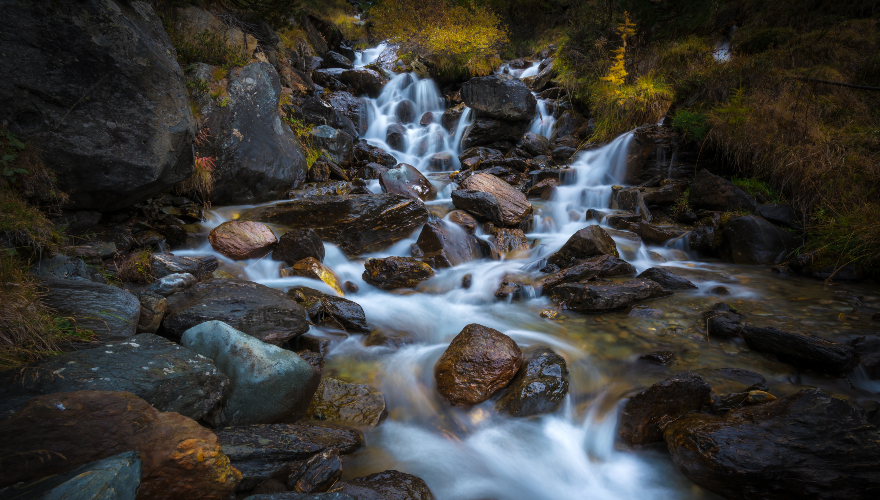 I know this is true, but I still wonder at the fact. What is it about outlandish tales that lure me back to health, however wanderingly?

What I will do is consult a master of the fairy tale: George MacDonald. I suspect his experience with the enigmatic stories brought him health as well, and his wisdom in this matter will speak to us now.

George MacDonald wrote in his essay called “The Fantastic Imagination” that when asked to define a fairy tale, he replied with the names of stories. “Read Undine: that is a fairytale.” He goes on to explain, “Were I further begged to describe the Fairytale…I should as soon think of describing the abstract human face, or stating what must go to constitute a human being.” And his point is felt as soon as we try to explain humanity—just when we think we’ve captured the essence of it—it evades us like a stream’s quick twist underground.

Needless to say, I took his advice, and yes, Undine is a beautiful story. However, if I were asked to define a fairy tale, I would reply, “Read MacDonald’s ‘The Carasoyn,’ that is a fairy tale.”

I know there was a time when I first read “The Carasoyn,” but it seems like I’ve carried parts of it with me all my life. In a way, that would only make sense in a fairy tale. Yet I don’t know: I wonder if that’s exactly what a good fairy tale does—it taps into something already there to point out something fresh, just like a parable. The feel of it whispers paradox, and this feeds us, though there’s a logic to it that touches regions within to aid our understanding.

Really, it’s the first three pages of “The Carasoyn” I remember most. In fact, I find myself thinking about them at odd times, wondering why the scenes come back to mind (this is not a device to get you to read on; I am puzzled to this moment.) And the strangest thing, given that I’m writing about fairy tales, is that the opening chapter contains the most realistic part of the whole story. It’s in the second chapter that the fairies sail into the main character’s home, and the problem of the tale is upon us.

So—I’m still asking myself—what is it about that first chapter? (Warning: I’ll not dissect too much, nor should you; the world of the fairy tale is perilous. Beware.)

Chapter one is called “The Mountain Stream,” and in it we meet Colin, who lives with his father in a remote valley in Scotland. His days are long and lonely, and we find out that it’s Colin who sees to the household chores while his father tends sheep. We’re told he’s diligent and obedient, “And yet all the time that he was busiest working, he was busiest building castles in the air. I think the two ought always to go together.”

In the winter, Colin reads by the fire or carves with his pocket knife, but “His great delight was in a little stream which ran down the valley from the mountain above.” Colin spends hours along the banks of this stream, and he hates the fact that its path goes right through their own yard, where it “spread[s] abroad in a disconsolate manner, becoming rather a puddle than a brook, all defiled with the treading of the cloven feet of the cow and the pigs.” He looks for a way to reroute the water but realizes the only feasible course “lay right through the cottage.”

What is a boy to do? Break a hole in the wall of their home? Dig a trench through their floor, line it with stones? What then? Live side by side with a running brook? Why yes, for “Colin’s heart danced at the thought of having his dear burn running right through the house.” And what of his father’s reaction? Well, once he sees the boy’s work, which is of course surprising to him, he considers the lonely life his son lives, “And it seemed hard to take from [Colin] any pleasure he could have.”

Chapter one closes with Colin going in and out of the cottage, watching the stream at all its interesting points until his father finally tells him to go to bed. That’s it—that’s the chapter that won’t leave me be.

Is it the shepard father who I admire? One who allows his boy to cut a stream through the house? It could very well be the heart behind that patience and sympathy that keeps the story close to me. I desire that attitude, that heart-stance toward my own sons.

Or is it the idea of the house-stream? Waking to its mystery which flows through the security of my home? A taste of wild next to the comfort of my hearth?

As I said earlier, I puzzle over this still, at odd times in and out of season. This time I’m seeing a connection between fairy stories and streams. Their natures are similar in my mind somehow: both are quick and nourishing, their paths ranging from obvious to obscure, their depths holding life at one time accessible, then—in a flash—gone! They sing and dance for joy, and children play with them—but adults, oh, those tired faces are refreshed in their coolness, their promises of music and of deep meaning running at their will, meandering through the heart.

What a story! Yes, the rest of the tale is good, too, a worthy addition to MacDonald’s cannon. And yet, here are three pages doing a lifetime’s worth of work in short order. How fitting: just when you expect to gloss over a beginning, it grasps your attention. How like a stream, how like a fairy tale!

Yes, this is exactly what I needed.

Ian Anderson
Ian M. Anderson is a high school educator who considers it an honor to read and write alongside his students. He loves Jesus, drinks coffee, tends small trees, and lives in Central Kansas with his wife and their three sons.

His Middle Grade fantasy A Mossy Story is available through Wipf & Stock. He blogs at https://ianmanderson.blogspot.com.