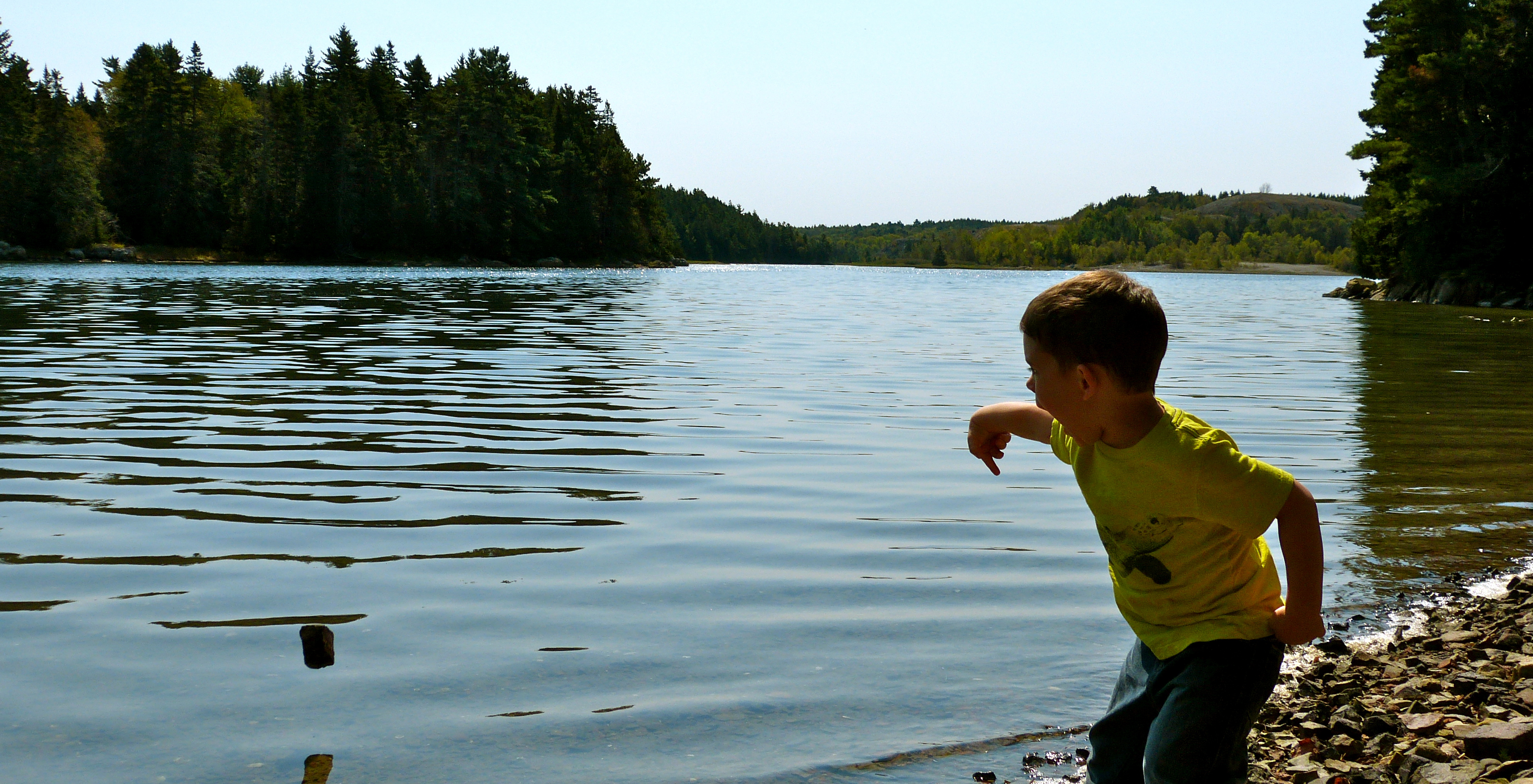 But when Jesus saw it, he was indignant and said to them, “Let the children come to me; do not hinder them, for to such belongs the kingdom of God. Truly, I say to you, whoever does not receive the kingdom of God like a child shall not enter it.

He stands in front of me on the bed, shirt-tail sticking out, bed head spiky and matted, a little sleep in the corner of his eye. I lean in to pull him close and say goodbye before leaving for work, feeling his small arms wrap around my shoulders as far as they can reach.

“You are a son of God,” I whisper. “He has called you his child, and wherever you go, his thoughts toward you are precious.”

He pats my shoulder once, and I can feel him smile. “I know, Daddy,” he says matter-of-factly. “I know that.”

We pull away, and he beams at me. I believe him when he says he knows; in fact, he’s never really doubted it. Praise God for that! I pray that after all the spelling tests and math quizzes, recess games of wall ball and bedtime stories, after the lamp is switched off, he carries these words with him like a smooth stone in his pocket on which is written his true name, the one written in the eternal world, where the truth about him is shining and visible.

But what about me?

That morning, I drove to work in the blue pre-dawn light. I had on the new Andrew Peterson album, the first track. The sun was just breaking over the fields of mown corn, and I found myself haunted by the contrast between my son’s blithe, smiling answer and the thoughts which swirled around me in the driver’s seat: the promises unkept and things undone piling up like stacks and stacks of failure I carry around as a father, a husband, a son, a brother, a writer, and a friend.

The song reached its climax, and the words spilled out of the speakers and filled the silent car: “I had a dream that I was waking at the burning edge of dawn, and I could finally believe the king has loved me all along.” By the time the song finished, I was weeping for this blessed reminder.

Does it seem like so much of life is spent battling the shadows and the darkness? Even when life with children is filled with so much light – picnics and  read-alouds, paintings on the refrigerator and backyard silliness – the night falls, I lay my head on the pillow and I’m haunted by all that is left un-done. Every field I’ve been given to tend is growing weeds, and try as I might, I can’t pull them all fast enough. It’s never enough.

“I had a dream that I was waking at the burning edge of dawn, and I could finally believe the king has loved me all along.”

“Kingdom come” means so many things, but perhaps most precious of all is that my faith will become eyes, and I will finally accept, like my son, that I am loved by the King. His thoughts are precious to me. He waits at the end of the road for me to return again and again, and when he sees me, he hoists his tunic to his knees and races toward me. Then, improbably, he throws a feast, hugs me, clothes me, celebrates me.

Maybe this is what it means to receive the Kingdom of God like a child – to lay aside the wounds of guilt and the broken arrows lodged in my soul, and come to my father with bed head and a little sleep in my eye, throw my arms around his shoulder and listen as he whispers to me again my true name.

May my home be a place that proclaims this truth, as much for myself as for my family:

You are a child of God. He has called you his own, and wherever you go, his thoughts are precious to you.