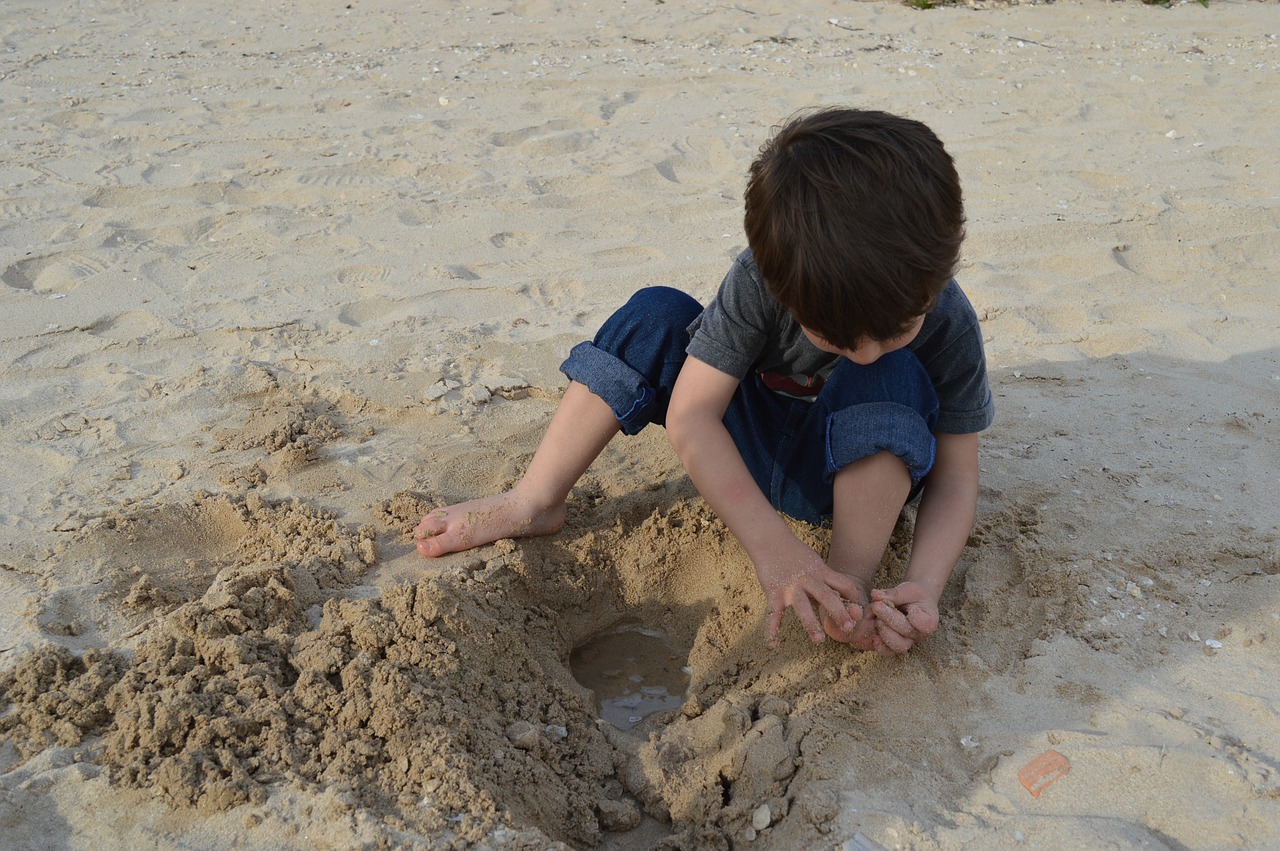 This summer, thanks to a timely inquiry with the utility company, we had a large, mostly-dead pine tree in our side yard chopped down. I arrived home from work one afternoon to see the chunks of stumps and logs jumbled in the yard like oversize Jenga pieces. Well, boys being boys, it didn’t take long for the climbing to begin. Soon, my sons clambered over the fortress of logs like it was Morder itself. One day, they undertook to plot the swiftest course around, up, and over the logs in an activity they dubbed their “ninja training.”

From our kitchen window, with our adult eyes, my wife and I saw clutter in need of cleaning up; my children saw a golden opportunity for some epic play. When it was time to finally clear up the stumps, we capitulated and hauled them to an old garden plot in the backyard, where we constructed a proper ninja training ground.

A few weeks later, following the delivery of two dump trucks full of topsoil to the same side yard, a large Mound of Dirt appeared, nearly six feet high at its peak. In the period after the delivery, before we could arrange for a tractor to smooth out the Mound, my boys – you guessed it – scaled that thing like it was Mount Everest, creating routes to the summit from nearly every angle. I even looked out the window one afternoon to see a stick with a rag tied to it poking out of the top of the pile. Apparently, someone who had summited wanted all other climbers to know whose claim it was. Then there was the day after it rained and the Mound became a massive mud pit. Enough said.

I can’t tell you how many times my children’s fertile imaginations have turned ordinary objects into catalysts for play. Laundry baskets, tin cans, milk jugs, pillows – all the stuff of ordinary life becomes an opportunity to play. And I’m suspecting this isn’t unique to my household alone. You’ve probably got your own Mound of Dirt stories, too. They’re the ones for the memory books.

It seems to me the word “play” gets a bad rap. In common usage, it has come to connote any activity which serves no real purpose, a frivolity, a lark which, over time, reasonable people realize needs should give way to Real, Purposeful Activity. Kids play; adults work. Besides being an oversimplification – and a narrowing of the vision of Adult Work – this definition seems to be missing something.

These years of playing with my kids, and watching them play constantly, have molded my thinking in this area, by the grace of God. Activities undertaken in a spirit of play are full of joy, whimsy, and hope, and not as pointless as I might have thought. It’s just that the point is different.

So I’m looking to take back control of the word “play.” What if we redefined it as any activity undertaken in a spirit of wonder and curiosity? Play begins by asking the question, “I wonder what would happen if…” And what a question that is! Dozens of times I’ve watched my kids in the midst of an everyday task take a sharp left turn and wind up discovering something unexpected simply because they were open to the possibility of taking left turns.

It seems to me that asking this question can best be undertaken by living fully in the moment. I remarked to my wife the other day how I marvel at how completely immersed my children are in whatever they’re doing at the present time. They don’t turn from their play to the right or the left until they decide they’ve finished. Trying to bring them out of the middle of one of these times is like waking the dead. Of course, that doesn’t always mean they’re “done” in the conventional sense of the word. But it means they give themselves fully to the play while they’re in the middle of it, then move on to something else.

Contrast that with my own tendency to be working on a project – writing this piece, for example – and thinking about paying bills, grading papers, a friend’s illness, and so on. While there might be a spirit of enthusiasm, all these shadows hang above my head during the work like little dark clouds, turning what began as a whimsical journey of exploration into a clock-punching exercise.

I once heard Jeffrey Overstreet explain play as being captivated, “caught up in something bigger than ourselves.” My friend Helena calls the creative process “making messes on purpose.”

It will forever be a mystery to me what inhabited the mind of God just prior to the words recounted in the book of Genesis: “Let there be light.” But, I have a hunch that this spirit of play – “I wonder what would happen if…” was whirling around in the mind of the maker. Obviously, He knew what would happen, but I know He did not create out of any weakness in himself, but rather out of a desire to fill the world with beauty, order, and abundance.

So let’s take back the word “play.” Let’s make some messes. Let’s see what happens.