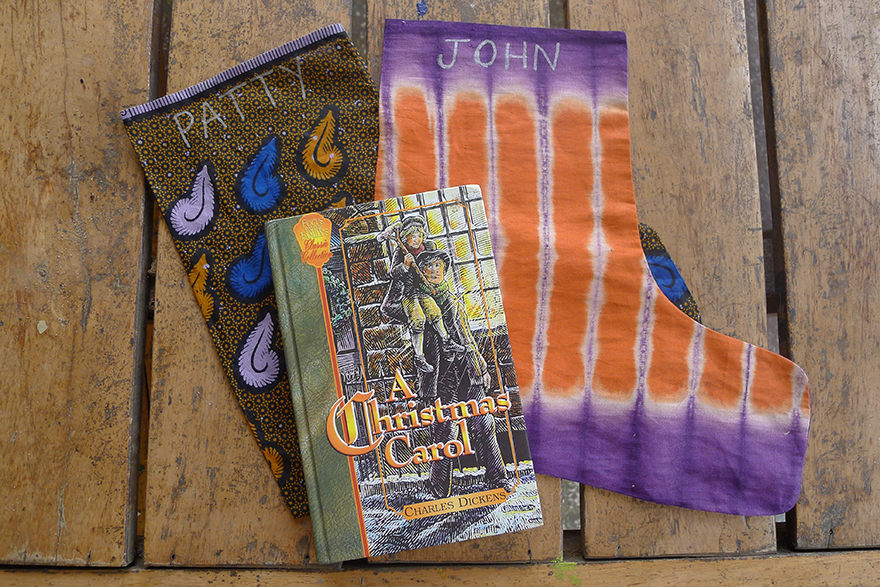 My personal golden age of children’s books came much later for me than for most reading children. Coming from a family of non-readers and being dyslexic limited my exposure to great books, but visiting Granny’s house did introduce me to Dr. Seuss and the Little Bear books.

Though my little soul never knew what it was missing in those earlier years, the appetite for living books was slumbering just below the surface. How can a child really know the bliss of a caramel apple until he has eaten one? Then came fifth grade and with it, my first experience of real reading. The little book that unlocked the restraining bolts on my imagination probably wouldn’t even be on my children’s reading list today. It was one of those cheap 1980’s chapter books for kids, meant to entertain them (despite the poor writing) with fast-paced action and potty humor. Though it was a poor beginning, it was a beginning.

The power and wonder of words captured me forever in junior high. My fellow dyslexic friend and closet reader, David, had suggested a book series by Robert Jordan. Those one thousand page books seemed daunting at first, but I was hooked after the first chapter. I plodded along, still a very slow reader at this point, but the story, the adventure, and the emotions that it invoked changed something in me. It changed how I viewed books forever.

The exact moment was on a week day. I was sick in bed and had stayed home from school. (I hate to admit that I was less sick than I was interested in finding out what was going to happen in my book). One of the main characters in the series had his lost memories replaced with memories of the near and ancient past. In the specific passage, he was reliving his ancestors’ last battle against the shadow. He relived the conflict as his people fought the trolls and fell creatures and burned the only bridge into their city behind them, seeking to save their lands from darkness even at the cost of their lives. I was moved. The flame of patriotism for a people that did not exist burned so brightly that I jumped out of bed and shouted with tears of joy…and consequently my lack of true sickness was found out and I was sent to school the next day. Even today, twenty four years later, I can remember the feelings of that moment,
and I know that it fully opened my eyes to the powerful possibilities of literature.

These books opened the door, and the next seven years of my life were filled with a new joy, the joy of reading. I learned to discard the twaddle, jumping right into the meat and potatoes. Ivanhoe, Robin Hood, The Tale of Two Cities, and other classics burst to life before my eyes, and I lived vicariously a thousand lives of adventure, drama, and suspense.

Then came my literary doldrums. I was becalmed on the ocean of higher education. College has a way of killing the enthusiasm of the most passionate reader. After all the textbooks, term papers, late nights, and very early mornings, there was no time or desire for books. I continued in this morose, motionless state for four years, feeling cursed, as if my teachers had shot the proverbial albatross. Even after college, during the year and a half that it took me to marry, move to Ghana, West Africa, and start my new life, I barely cracked open anything that resembled a good book. I felt my love of books was as Dickens would say, “Dead as a door nail, or should we say, a coffin nail.”

These times of death are the times that God Almighty seems to be most particularly fond of using, for when someone or something is truly and completely dead, then and only then, can He be given the glory for raising it to life.

The resurrection of literature in my life came about in the events leading up to the Christmas of that year. My wife and I were living on the third floor of a small African apartment in a city of two and half million people. We owned 13 packing boxes (that we had yet to unpack), a small mattress on the floor, a table and two plastic chairs, a hot plate, a mini-refrigerator, and a wobbly oscillating fan. We were entering our first holiday season away from home, and we were desperate to fill our lonely hearts with something that resembled the sights, sounds, and smells of Christmas. After hours of combing the markets for decorations, we had managed to find a pathetic little “Charlie Brown” Christmas tree made of blue green plastic fibers, two strands of lights, and a used copy of A Christmas Carol. We clutched our meager possessions to our breasts as we took our taxi ride home and hoped to wipe away the sweat of the 90 degree tropical heat with some feelings of winter nostalgia. We even found a tailor that was willing to make us some Christmas stockings, though when he finished them they looked more like tie-dyed Tetris blocks. And there, in the middle of all that great emptiness, as I stood beside what seemed like the grave of my soul, God began to do a miracle.

How does a thing like this begin? For me it started with a book. We had no friends, no family, no television, just a book. There were twelve nights until Christmas, so we decided to read a little of Dickens’ Christmas Carol every night. Each night, as my wife read those famous words, my dormant soul moved again. I saw with Scrooge’s eyes the ghosts of Christmas past, present, and future. I wept over tiny Tim; I laughed with Mr. Fezziwig. I became as giddy as a school boy and as happy as an angel with the new Ebenezer, and in seeing it and hearing it, I was not transported out of my life, but rather into it.

People can be tempted to think that books are meant to take us away, meant to give us a mental holiday from our lives, but that is not true. Great books, living books, are not meant as an escape from life, but a passage into life. As Lewis explains in the Voyage of the Dawn Treader:

“It isn’t Narnia, you know,” sobbed Lucy. “It’s you. We shan’t meet you there. And how can we live, never meeting you?”
“But you shall meet me, dear one,” said Aslan.
“Are -are you there too, Sir?” said Edmund.
“I am,” said Aslan. “But there I have another name. You must learn to know me by that name. This was the very reason why you were brought to Narnia, that by knowing me here for a little, you may know me better there.”

The more that we see and feel THERE, the more we understand HERE. This book was the beginning of a turning for me. Scrooge’s lesson somehow became my own, and with him I set my heart to stop my covetous existence, grappling for the lost currency of my home culture, so that I might exchange it for a much more valuable life of living with and for my fellow man.

In a way, that book unwound the grave clothes that had bound my heart and mind. The wobbling legs of my soul, newly released and set to walk again in this life, were also encouraged with the addition of other great books shortly thereafter. We read aloud Robinson Crusoe, The Count of Monte Cristo, and other classics, each fortifying and adding to the total. Our new life on the mission field was made better and deeper by the reading and sharing of these great books. The living in the books stirred us to live too.

Now, thirteen years later, books are part of our daily rhythm. They are read aloud to our children, read alone in our private hours, shared with our Christian brothers and sisters. They give focus, emphasis, and joy to precious moments in our lives, but none of this would have happened if God hadn’t moved my wife to pick up a used copy of A Christmas Carol in a small book shop. Sometimes it is the small books at the right time that make the biggest impact.

John Sommer
John always wanted to be Robin Hood when he was little, that is, when he was not playing with Lego and dreaming about designing houses. Now he and his wife are missionaries in West Africa, and writers in whatever part of the world they happen to find themselves on that day.