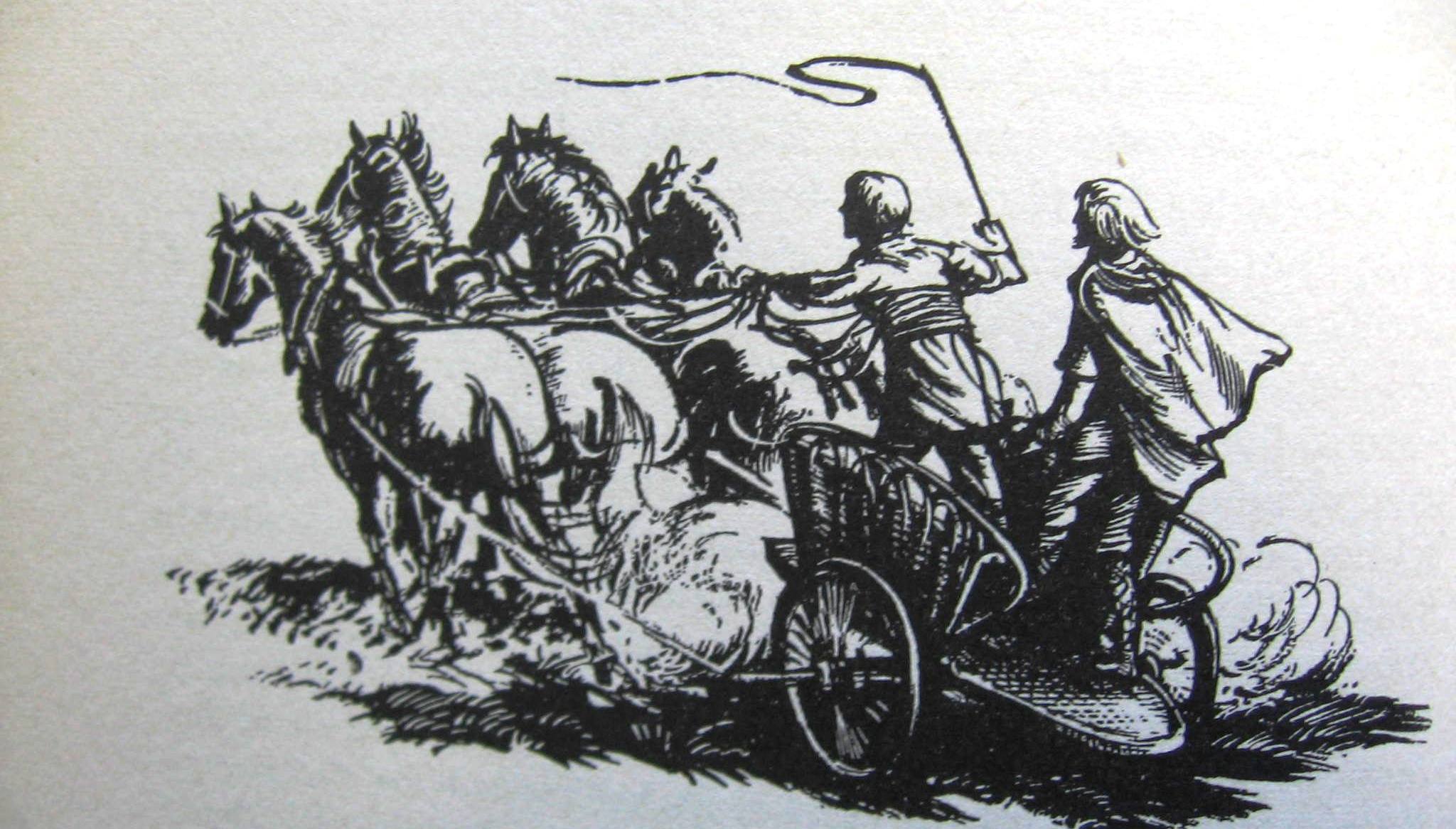 “Oh, I love that series,” exclaims my 17-year-old son, when I mention my writing about it. “I could read those books over and over and over again.” If you knew his struggles with reading, this spontaneous endorsement would carry even more weight. Full of danger, risky flights and bloody battles, Rosemary Sutcliff’s trilogy captured his imagination and encouraged him further down the reading road.

Most parents are relieved when they can get a boy reading for pleasure. Recent articles and books deplore the reading void of American youth and hypothesize about the reasons, though agreeing on this: most books do not appeal to boys because they are too nice, too safe, too fluffy, too ordinary. This is not true of Rosemary Sutcliff’s historical fiction.

In The Eagle of the Ninth, a wounded Roman centurion relegated to inactive service, sets out to discover the truth about his father’s lost legion and recover its honor; he is embroiled in deception and intrigue that threaten his life. The Silver Branch is the story of a young man a couple generations later, a military physician, who discovers a plot against the emperor and must go undercover to see justice done and to secure the future of Britain. The Lantern Bearers takes place generations later when the Romans are withdrawing from Britain and the soldier who, despite being captured and enslaved by the Saxons, through ingenuity and perseverance, fights for the freedom of Britain. In each book, the heroes exude daring, boldness, loyalty. Throughout the series the reader is left with a sense of what is possible when one young man faces impossibility with resolve and grit. Sutcliff manages to bring an era of third and fourth century Britain sharply into focus for young people 1700 years later on a different continent with different foes and challenges. This is not the stuff of comic book heroes, but life and death, blood and battles that no boy can resist as he sees himself in these heroes’ situations, their shields and swords in hand, and tries their characters on for size.

Honestly, there are moments when my imagination cannot see the care-free, rough-and-tumble lads in my house exhibiting such purpose and daring, shaping the future of our nation. Sutcliff spins tales of deeds performed, long-forgotten sacrifices made, that determined the future that is now our dim and distant history. Her characters emerging from that shadowy time remind us that our seemingly insignificant lives may be as critical to generations to come. Surely some of those forgotten heroes were once impetuous and rowdy lads themselves?

This is why it is imperative that we feed our boys on historical fiction. The seeds that burrow into their boyhood dreams will one day result in history-altering acts. “As a man thinks in his heart, so is he.” The daring of their ancestors, the risks taken, the battles fought to gain the freedoms we have today, surely must continue to be cherished to protect those who will follow. Unknown ordinary individuals centuries ago did not know the significance of their time either, but knew their responsibility. Sutcliff conveys such an idea in a closing conversation of this trilogy:

‘It is wonderful what one victory in the hands of the right man will do,’ Eugenus said, musingly beside him, ‘with a Britain bonded together at last, we may yet thrust the barbarians into the sea and even hold them there—for awhile.’…

‘For awhile? You sound not over hopeful.’…

‘I sometimes think that we stand at sunset,’ Eugenus said after a pause, ‘it may be that the night will overcome us in the end, but I believe that morning will come again. Morning always grows again out of the darkness, though maybe not for the people who saw the sun go down. We are the lantern-bearers, my friend. For us to keep something burning, to carry whatever light we can forward into the darkness and the wind…’”

This series is for boys of all ages–for anyone– whose future remains a mystery, but whose part needs to be played to the hilt in such a time as this–for lantern-bearers.