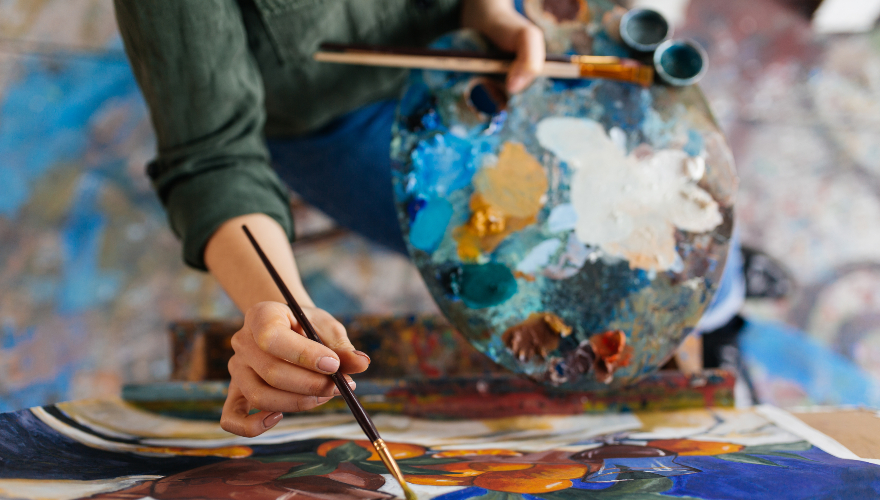 “He thinks that because he doesn’t like it, it’s just bad.” So said my middle-school daughter as
she lamented her friend’s dismissal of a song he dislikes—but that she does, in fact, like very
much.

And I laughed (then hastily assured her that of course I wasn’t laughing at her), because
I had just come from a conversation where a few friends had objected to an artist I admire
because they didn’t like the artist’s style. I’ve made plenty of judgments like this myself; I’ve
written off whole film genres, musical styles, and artists simply because—I don’t know why—I
just didn’t like them. But here is what struck me: in this conversation with my friends I realized
that, if I was honest, I hadn’t been all that enthusiastic about this artist’s work the first time I saw
it either.

But as I’ve encountered her work in several other places and read interviews with her
and listened to her lectures, her work has grown on me. Learning more about what she was
trying to do gave me room to learn to love what she was doing. On the day of this conversation I
had just ordered a print of one of her paintings to hang in our living room in a place of honor,
because her work had become so rooted in our family’s affections that it had earned a place in
our home where we’d see it every day.

What changed? Not her style, but my understanding of it. At some point I stopped asking
if I liked it and started appreciating what the artist was trying to do. And then I started to love
what she was doing.

I am an editor as well as a writer, and that perspective is one I try to bring to the books I
edit. If I sit down with somebody else’s manuscript and ask myself if I like it, I’m going to trample
all over it; I’ll end up recommending changes that suit my interests and my taste, but that don’t
honor the author’s actual intent. So I’ve learned to ask instead, “What is this author trying to
do?”

Every change I propose should help him get closer to the mark he’s set for himself (or
should help him clarify, if he’s unsure, which mark he’s trying to hit). I don’t turn off my own
sense of taste as I do this, because an ear for language and an eye for the written word are
some of my most helpful editorial tools—if something doesn’t sit well with me, it’s worth taking
the time to figure out why. But it isn’t my job to decide if I like the work I’m editing. Instead, I
work to recognize what the author is trying to do and help him as best I can to succeed at it.
Learning to read this way has changed the way I read just about everything else.

Scripture, for example, rewards this inquisitive kind of reading. If we ask “Do I like it” the
first time through some passages of the Bible, the answer will almost certainly be no. Many
Bible stories just aren’t crowd-pleasers—not on the surface and not several layers in. Asking the
Lord to show us what he’s doing through the story of this Old Testament war or that wild
prophetic image is like inviting him to help us hear what the story really says. The text itself may
still grate painfully on us—we may never learn to like it—but when we approach his word with a
willingness to listen, an understanding of it will, over time, grow quietly in us. Our affections will
take root in his good soil and put out shoots.

And so, that question—what is the artist trying to do?—has become a sort of plumb line
for me. I ask it when I encounter some new work of art or some difficult part of Scripture, but
especially when one of my daughters comes to me with a song that moved her deeply but that
doesn’t, if I’m honest, immediately appeal to me. When she says, “Listen to this,” she is inviting
me to set aside my own (admittedly strong) opinions about music and to allow her tastes to
draw out something new in the music for me. She’s holding a door to the song open so that I
can peer inside.

We all like and dislike different things—and that’s okay. Part of the beauty of our
relationships is that we can exhort one another to see the loveliness in things we might have
overlooked because they fall outside our own personal taste. In that way, “What is the artist
trying to do” becomes a doorway. But there is a twin doorway there beside it, another question
worth asking. Sitting on the kitchen floor, listening to the music build, I like to wonder what my
daughter hears in the song. Sometimes I ask her, but sometimes I know that asking would
break the song’s spell for her. So I wonder it quietly to myself:

What is the artist trying to do?