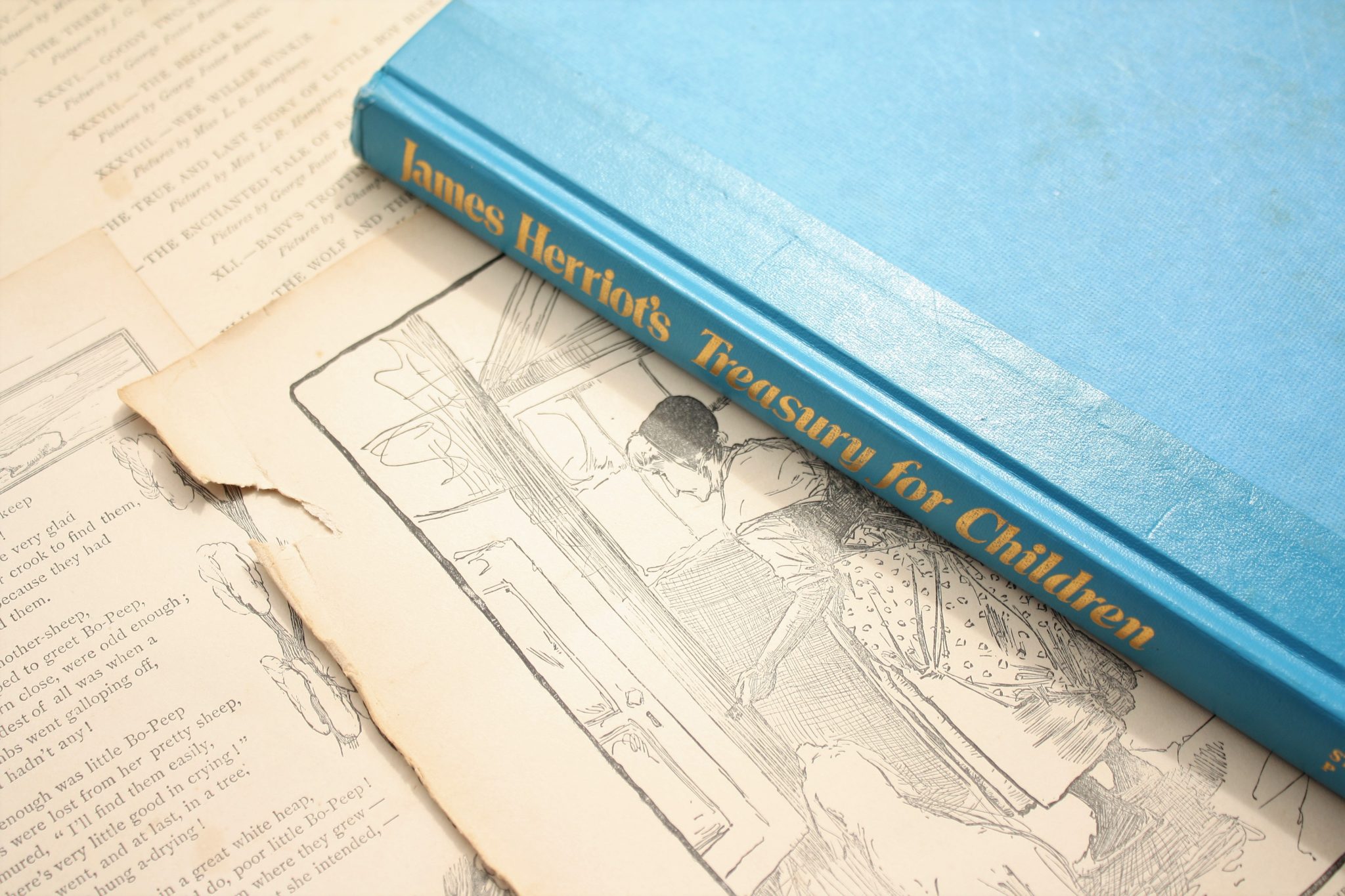 When my eldest daughter was a toddler, she discovered James Herriot’s Moses the Kitten. She dropped that book in my lap again and again, and we read it until the book spine felt limber and the pages soft. It is a long book—not ideal for a hasty pre-nap read—but I loved the descriptive passages, we both loved the warmth and coziness of the story, and my daughter loved the paintings of the kittens.

We eventually expanded our library to include Herriot’s Treasury for Children, in print and on audio. And in the decade that followed, we read and reread that book, as three other daughters joined our crew and each in turn fell for Herriot’s stories.

These days, my older daughters have graduated to Herriot’s Cat Stories and Dog Stories; I’ve graduated to his memoirs. And as I read them I began to understand why his stories are so appealing: James Herriot loved his work as a vet in the English countryside; he loved the place he lived and the people he encountered there, with all their flaws and quirks. He loved the animals he cared for. Herriot’s stories invite us into a time and place we could never have occupied otherwise: a veterinary surgery in the 1930s, when draft horses were giving way to tractors, old medicines were making way for the new, and the brief peace after the First World War was giving way to the devastation of World War II.

Herriot’s stories aren’t fraught with drama. He wrote about everyday happenings: the small conflicts between a country vet and his colleagues; the tension between a vet and his clients (be they animal or owner); the victories and losses of veterinary practice; the mishaps in which Herriot often played the loveable fool. But through his delightful descriptions and attentive writing, Herriot made the ordinary episodes of his life enjoyable—even magical. In his memoirs, he reaches through those stories toward some difficult topics and finds compassionate ways to discuss issues like suicide or loss.

But in his Treasury for Children, he shares a handful of stories written for younger readers, delightfully illustrated by Ruth Brown and Peter Barrett. These stories exert a magnetic pull in our house: I may open the book at the request of my five- or seven-year-old daughter, but it isn’t long before my ten- and thirteen-year-old drift in to hear the story of Oscar, cat-about-town, or of Gyp and his solitary woof. Even my husband turns the water pressure down on the sink so he can listen while he finishes the dinner dishes.

James Herriot told stories no one else could tell—stories of his work, his family, and his village. And in doing so, he reminded us that the stories most of us live through will be ordinary ones, about our own work, our families, our towns. The joy and gratitude with which he told his stories quietly reminds us, big and small readers alike, that our lives are full of stories worth telling, masterfully crafted by the best Storyteller. I, for one, am grateful Herriot took the time to sit down and tell his.

This review first appeared on http://littlebookbigstory.com/