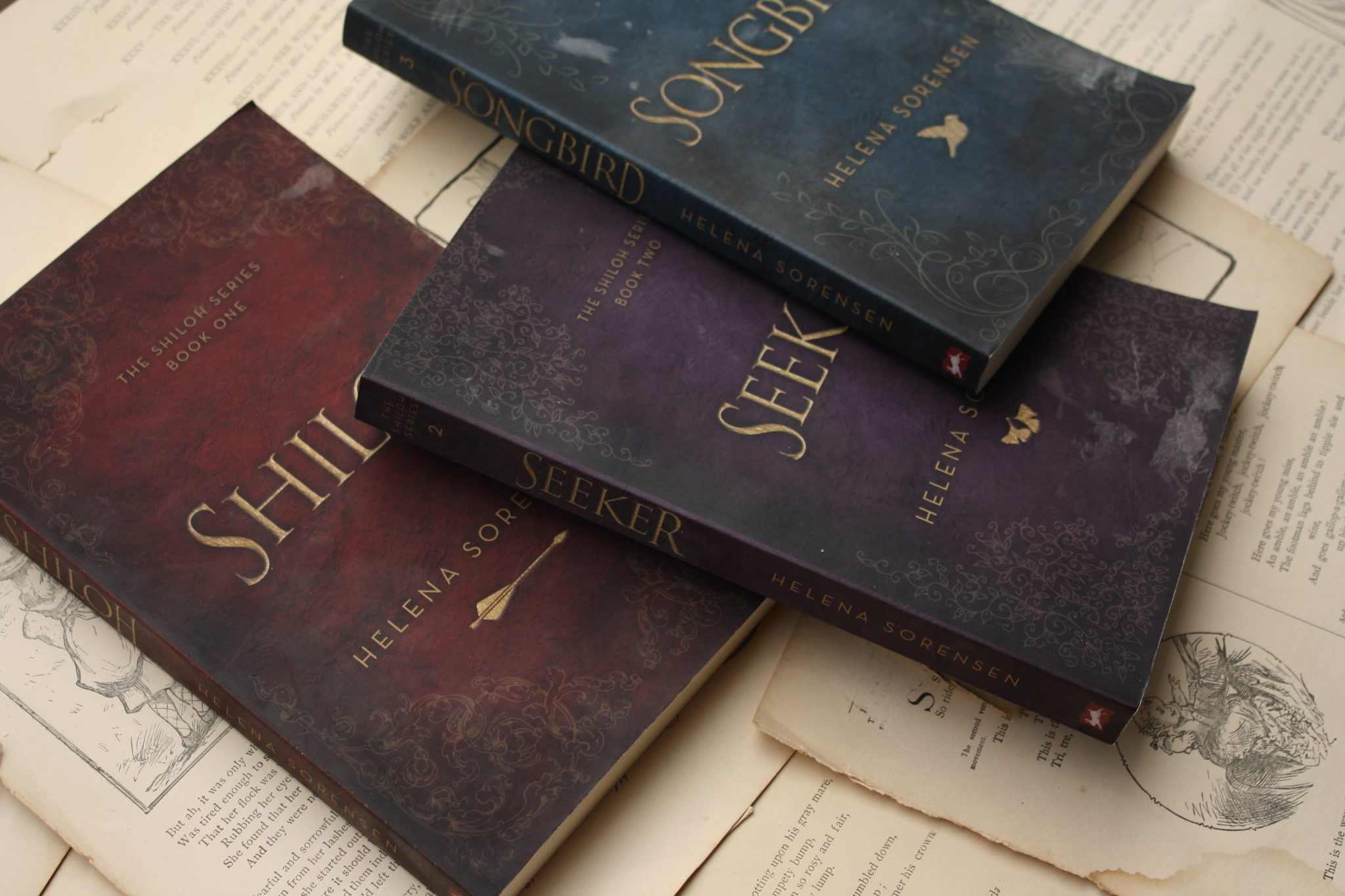 We live in a world blighted by sin. This past year, we’ve seen startling markers of it: the day I first drove downtown last spring and saw the shops closed and the streets empty, I felt it. This is not how it was meant to be. But even on a day like that, when everything felt marred and twisted, I could hear chickadees calling and could look up and see cirrus clouds curling in the upper realms of the sky. The sun rose over the bay, enlivening our stilled city with its light.

But in Shiloh, the brokenness of the world is evident all the time, from any vantage point. The villages are ensconced in the Shadow, a darkness so palpable that the sky scarcely lightens even at midday. Most villagers have no memory of the sun; they do not believe it exists. But Amos’s father believes and, though ridiculed for it, he remembers: This is not how it was meant to be. Unlike most of his neighbors, he refuses to believe that the Shadow is all there is.

Helena Sorenson’s story begins in the dark, and it is a heavy tale, one that is honest about the damage of sin and the havoc it wreaks in our hearts. Her characters go on grueling journeys through the darkness of Shiloh, but the story is, as the back of the book promises, one of courage and hope: she brings the story to a glorious conclusion.

There is much to love about these books, but I was particularly enthralled by the mythology behind the land of Shiloh. The stories of the world’s creation and of the coming of the shadow gave me a sense that the world extended beyond the borders of the story, and that there were other stories happening in this world that hadn’t yet been told. This is something we need to hear often: in our world, too, there are stories still being told. God hasn’t finished with us yet.