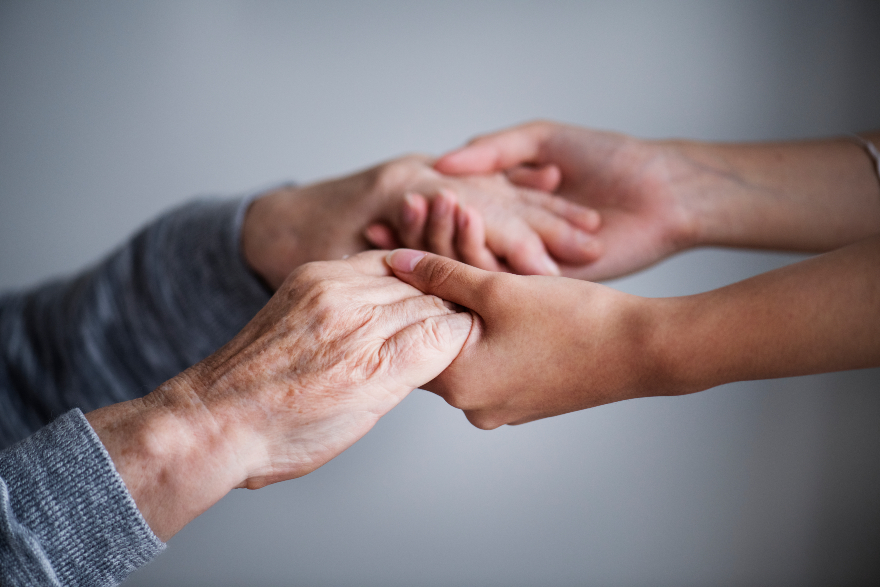 I wasn’t really expecting it. It even seemed a little presumptuous to say that a day would come when I would be parenting my parents.

The call came the morning of the 23 rd of April. I jolted awake as the realization dawned that this was no dream. My mom was describing my dad’s symptoms and I had to concur with her assessment. He was having a stroke. An MRI showed us where exactly – it was his pons, his brain stem. The doctor gave my mother the worst-case scenario. He may never walk again. He may never be able to breathe or swallow. A few days would reveal the extent of the damage done.

When I received the call, I lived a little over 8,500 miles away from my parents. Within two months I needed to help pack my family up to move from California to Texas. My husband was wrapping up things at work before becoming a full-time PhD student. My children were navigating all their lasts – the last weeks of school, their last birthday celebrations with friends, and really every mundane thing made extraordinary by our fast-approaching departure.

I knew I needed to be with my parents in India but felt torn about leaving my husband and boys for the weeks that we’d blocked off for goodbyes and packing up our house. I stared at the calendar, feeling like I had to pick favorites. The span of time wedged between my older son’s 12 th birthday and my younger son’s 10 th birthday seemed like the best time to be away, and so I booked my tickets for my first solo long-haul flight since my husband and I married in 2008. My heart squeezed a little with anticipation and anxiety as I looked at the ticket purchase confirmation. A twenty-seven hour journey would take me to my parents, which meant returning to my husband and sons would be another twenty-seven-hour journey. There was no turning back. The days leading up to my flight were a daily, sometimes hourly, battle in taking my thoughts captive to Christ. I played whack-a-mole with every What If, every intrusive fear.

The day before I flew to India, I was rolling out the dough for my son’s birthday breakfast and packing my suitcase as the cinnamon rolls rose on the counter. My son could sense the battle in my heart about leaving.

“Mom, if I lived far away from you, and something happened to you, I’d want to be there. You’re doing the right thing.” It was balm for my heart and wind beneath my wings.

The next day I flew to Chennai. My first morning at my parents’ house, my father was excited to show me how he had been practicing walking. I watched his wobbly gait, my arms ready to
spring up to catch him should he fall. I heard myself say, “Dad, you’re doing so great! Look at you walk!”

Did my parents watch me take my first steps like this? Did they voice enthusiastic encouragement while also following close behind, ready to catch me?

For the next several days, I watched my dad grow from strength to strength. I cheered as he went from walking around the house, to climbing stairs, to climbing stairs while carrying a load in one hand. His speech was getting clearer each day, and he was able to hold a pen to write again. But with every risk he took to push himself to get stronger, I also watched my mom’s anxieties grow. She who had witnessed everything and been the first to hear the doctor’s words bore a deeper wound. Her anxieties and fears manifested in controlling ways that could have destroyed our relationship in my younger years. I didn’t know back then how flawed parents could be. This time, I was an unshockable, experienced flawed parent.

Singer and writer, Andy Squyres, says this, “There is no denying that people are complicated, and we have much to learn and much grace to grow in, but what I’ve been able to determine so far is that love always precedes healing. Our remedy for every human we encounter who might be acting out some kind of deficiency is to practice non-anxious presence, bestowing grace and peace on the other, in their time of need.”

I studied the situation and determined the best course of action to help my mom navigate her anxiety–I taught my mom how to play UNO. It provided some much-needed laughs, especially when she’d try to yell, “UNO!” while still clutching two or three cards.

As we played, she began giving voice to some of her anxieties. For the first time in her life, she was grappling with the idea that she might outlive my dad. We talked through some of her fears, and how we might handle those situations if they occurred. She got the hang of UNO and eventually beat me three times in a row, eyes glinting mischievously.

When I boarded the flight to return to the United States, I felt both completely poured out and filled with a familiar joy. The feeling was akin to going to bed at night after a particularly challenging day with my sons – the rare one where I felt I managed to respond well and say and do the right things. I can now see the humanity of my parents, I see the limited time I have left to enjoy them, and I’m learning that snacks, naps, and several rounds of UNO can make a tumultuous afternoon right its course. The roles have reversed. 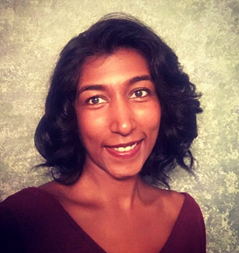 Hannah Sanders
Hannah Sanders was born and raised in India and now lives in California after several moves around the United States as a military spouse. She has been formed by different landscapes and a variety of people. She is most at home wherever she is with her husband and two sons, but lives with perpetual homesickness for her true home.