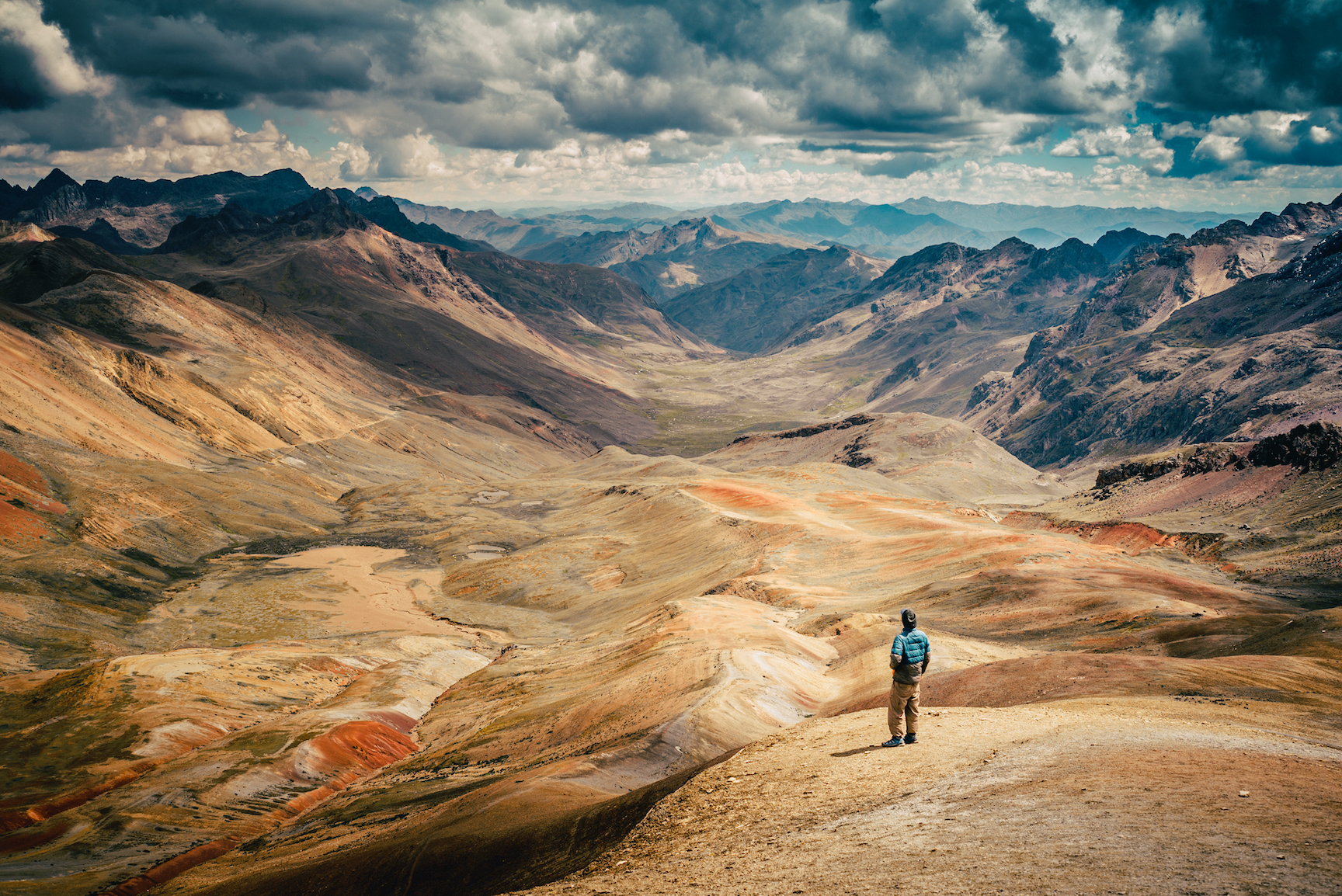 As milestone birthdays go, turning 38 scarcely qualifies. And yet, as I found myself approaching that signpost a few weeks ago, I began to find more significance than I had anticipated. Turning 38 means two decades since the spring I graduated high school, and the fall I started college. I was 18 all those years ago, when Chumbawumba and Sugar Ray were on the radio, boy bands were still (mercifully) a few years off, and I looked at the future much like the “fresh, green breast of the new world,” which F. Scott Fitzgerald called it.

Now, with the eyes of a not-so-young man, I look upon the intervening years with more than a measure of perspective. It seems so simple in retrospect to pick out the the paths which I have hewn through the dense vegetation of the years, to measure that distance in miles and discern meaning in the big picture.

But what about the moments I spent in the midst of that forest, hacking my way through all that underbrush, machete in hand, sweat beading my forehead? Nothing seemed simple then. How can one find perspective when surrounded by the thick vegetation which comprises the daily stuff of life? I ponder this question, not just as a man looking back at where he has been, but as one looking around, looking forward, at the path ahead.

Among the first tasks I undertake at the beginning of writing a novel is plotting out the structure of events. Usually, that means coming up with a preliminary skeleton, a rough roadmap of the major plot events in the story. I once heard the two major approaches to this process described as either “plotting” or “pantsing.” Either you’re a “plotter,” developing a detailed set of turn-by-turn directions to every major event that will happen in the story, or you fly by the seat of your pants – line up a few preliminary details and figure the rest out as the story fleshes itself out during the first draft. When I was first starting out, I favored the former, for obvious reasons. It felt significantly more reassuring to know where I was going before I started writing. This much is true in life, as well as fiction.

However, I was convinced of a major drawback to this approach during the editorial process on a recent novel, when it was suggested to me that too much of my own agenda was visible in the characters’ decisions. It was too clear to the reader that I was making plot decisions for maximum drama or entertainment, moving characters around like chess pieces on a board, and in the process forcing them awkwardly into situations which fit a plot skeleton, but weren’t true to the characters’ own unique personalities and motivations. It was an epiphany, to be sure. As I went at the manuscript to revise it, I came to see that the story was becoming richer, more human as I allowed my to characters behave naturally, and I made plot decisions more instinctively, based out of the hopes, dreams, fears, and insecurities I’ve given them.

Of course, it takes a certain kind of faith to trust in the grace of the author-reader transaction, that these instinctive choices will lead to a more enjoyable, more authentic story. With such a long view, all that is required is to lay down the events as faithfully as I can render them, then trust that meaning will emerge organically to the reader, instead of being imposed in a blast of trumpets by yours-truly, the all-knowing Author of the story.

I think the same holds true for my own life. How often, in the midst of all these seemingly-mundane moments, does there seem to be Meaning happening? In our humanness, we make the decisions the best we can, some planned, most not. We get out the board for a game of Catan, hold an impromptu sumo wrestling or sock-sliding match in the kitchen, or grasp the hand of a crying child in the night. There’s the loss of a pet, or a dear friend, there are cross-country moves, job losses, and so much hunger in the dark for the glory of brighter moments. Some days are long and taxing and it’s a struggle for survival, let alone perspective.

And we hunt for meaning. We wonder if all these moments are adding up to something, or if they’re all just a rummage sale-accumulation of paraphernalia, not strung together like pearls on a string, but a haphazard assortment of odd beads rolling around a wooden plate. The moments don’t fall together into a cohesive narrative or shape themselves into some kind of arc. They simply roll on, days drifting into weeks trudging through a fog that never seems to lift. In those moments, we pray for the faith to have real sight, that as the moments turn into miles, God will whisper to us.

I recently ate dinner in the company of a couple with a six-month old girl. While we exchanged conversation across the table, the little one occupied herself with handfuls of those small, crunchy puff snacks, picking them up with her pudgy fingers, gobbling them down, and asking wordlessly for more. As I watched her, it seemed like miles and miles had passed since my two boys were nothing more than little spuds like her. I felt the lump rise in my throat as I thought about how much time had passed, and how many miles have gone. I yearned for those days of toddler hugs, alphabet blocks, and rubber duck bathtub toys. It hurt to want to go back. But I did.

Mercifully, the faith we are given isn’t just that we will gain perspective on what has passed, but for constant companionship going forward. There’s a line from an old Wes King song that I carry with me these days:

When I look into this mirror, and think of all that’s brought me to this day, sometimes it’s hard to bear,

“Our days are full of nonsense, and yet not, because it is precisely into the nonsense of our days that God speaks to us words of great significance,” says Frederick Buechner. “Not words that are written in the stars but words that are written into the raw stuff and nonsense of our days, which are not nonsense just because God speaks into the midst of them. And the words that he says, to each of us differently, are be brave…be merciful…feed my lambs…press on toward the goal.”

It takes a simple, powerful faith in the Author of our story to trust that there exists a connection between the individually daily moments of our lives and the larger story of His love and redemption. We are being renewed, day by day. And – hallelujah, oh blessed thought – grace isn’t just mercy, once and for all, over and done. Grace means traveling mercies, too. Strength for today, and bright hope for tomorrow.

Moment upon moment. Mile upon mile.