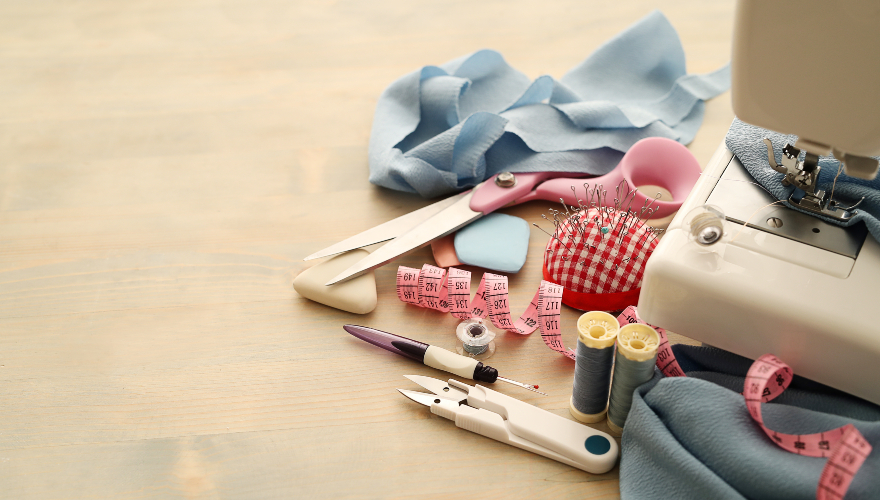 When I was a child, I had a doll named Elena who lived in the space beneath a white plastic lawn chair. Every day when I came home from school, I’d close the door behind me and pull back the makeshift curtain to reveal Elena lying on her Poly-fill stuffed mattress, just as I had left her, tucked under a quilt of squares the size of postage stamps.

I don’t know what Elena did when I was away. But each day when I returned from school, she and I would go about her routine diligently—putting on stockings made from the ankle of an old sock and a dress that came from a discarded pillowcase, braiding her hair and fixing it with a 90s-style claw clip. She would venture into the great expanse of the Hallway to fetch a bucket of water from the well, otherwise known as the bathroom sink, and wash her face in a toy bowl with her eyes wide open, because, well, they did not close. Then she’d pretend to eat some tiny leaf-shaped beads and settle down to read a book, a miniature fabric-covered tome consisting of slivers of paper bound by a single staple.

While she read, I would expand her wardrobe, her room, and my world. As I sewed a new dress or coat or sunbonnet, making sure my stitches were tiny and even, I spun the stories that came with them: a dance to attend, a trip to make, a bag of beads to grind into flour. In Elena’s world it was almost always winter, my favorite season, and though she did not know it, she lived a facsimile life of the Little House on the Prairie books that I read to tatters.

My own daughter, now eleven and about the age when I was deeply immersed in Elena’s world, never did take to the Little House books. I loved the Little House books for their preciseness and perceived realism (even now I am an avid reader of nonfiction)—but she finds them tedious and overrun with humans, as she prefers books that center on animals, the more fantastic the better. When she was five or six, I showed her Elena and the trunk of clothes I’d spent hours making and playing with. She tried to be respectful because she knew how much Elena meant to me. But I knew my daughter had never liked dolls, and both of us knew that Elena and her trunk would go quietly back into the closet.

Our natural desire as parents is that our children will love the things we love, that they will, in a sense, reenact the childhood memories we cherish. If we are athletes, we hope our children will spend their afternoons playing catch and kicking a ball. Readers hope to beget readers, musicians hope their child will at least have a decent ear. But what happens when they do not appreciate the same things we do?

Part of my education as a parent has been learning to appreciate the differences between myself and my children. We as parents can help nurture our children’s affinities, but there is only so much we can do. Sometimes the centrifugal force that is our children takes them other ways.

My daughter took up cross country running this year and actually said she enjoyed it. I confirmed with her three times just to be sure I was understanding correctly. And so I found myself in the sidelines with all the enthusiastic parents for the first time in my life, blinking in the sun and bewildered by the alternate reality of the school sports world. One particular day, I heard the crowds hooting and clapping as the first determined runners made it across the finish line and I actually teared up. Was this a glimpse of what the great cloud of witnesses sounds like, cheering us on as we head toward the finish line? I never knew divine inspiration could touch me at a middle school cross country meet.

As a naturally reserved person, I’ve never been one to dance—but both my children love it, at least at home, and now I’m someone who spontaneously hosts a dance party in the living room (with the curtains drawn). I’m repulsed by mess, but as both my children are incessant producers of art and completely unfazed by all things slime, goop, and color, I’ve come to grips with the fact that I’ll be eating my dinner on top of paint smears for the next decade.

A few weeks ago I set up our mantel for the Advent and Christmas season: a row of four little houses that light up. When I left the room and came back, a large green dragon had moved in on top of one of the houses, and a few minutes later it was joined by a pack of rowdy miniature dragons. I suspect these are the same ones that have come to infest our house plants and occasionally hold tea parties on the dining room table.

However I look at it, my children draw me out and expand my boundaries, opening my eyes to a world full of the surprising love of God, precisely because they are different from me. They show me new ways of being, new ways of creating, new ways of imagining. I no longer lament that my daughter never took to Elena, because every day for the past eleven years, she has been reenacting all that Elena meant to me in a hundredfold ways.

Sometimes God speaks in a hymn or in a quiet room where I’m alone. But sometimes his presence breaks through like the gleeful laughter of children dancing in the living room or the unexpected grinning dragon perched on the mantel.

Last year, my daughter asked if she could have a sewing box for Christmas. It reminded me of how I had begun to sew as a child in the first place—my own mother had given me a sewing box for Christmas, which I continue to use to this day. One evening, my daughter and I sewed together at the table, she from the box I had given her, and I from the box my mother had given me. We sewed not doll clothes as I had once hoped, but little stuffed cats, a tadpole, a griffin. So much the better.

On a shelf in my room I display her little projects and marvel at how imagination plays out across the generations in new and beautiful ways. As she begins to slip into the pre-teen years, I watch my daughter hold her childhood close, like a favorite sweater she is not yet ready to lay aside. I am okay with her holding it a little longer. It is a gift that, after all, is hers. 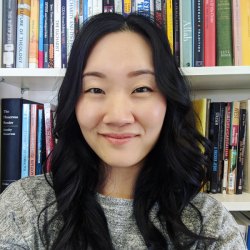 Sara Kyoungah White
Sara Kyoungah White is a writer whose work has appeared in publications like Christianity Today, Ekstasis, and The Banner. She serves as the senior editor on staff with the Lausanne Movement and lives in Grand Rapids, Michigan, with her family.