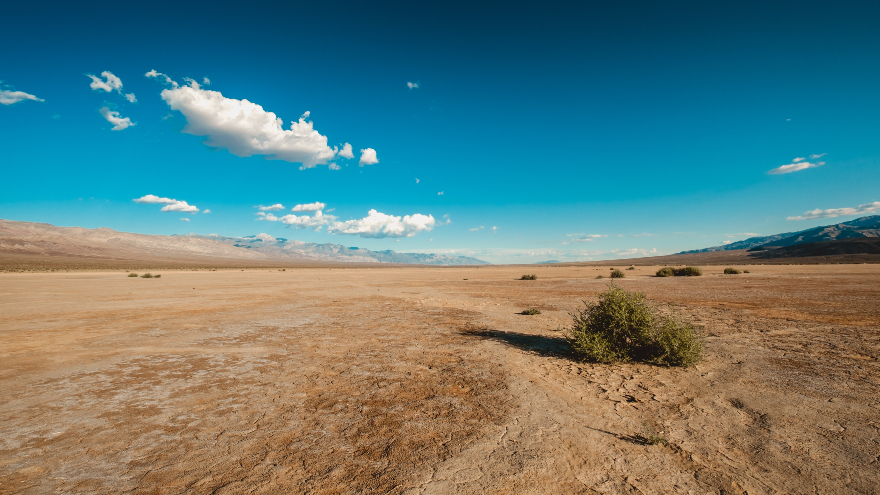 Just down the road from my house growing up was a cul-de-sac that had at the head an entrance into a huge forest of wooded trails. My friends and I would often roam around these woods that eventually opened up into a field filled with tall waving grass, snowy white Queen Ann’s Lace and all sorts of other wild flowers. I’ve been sitting in the book of Numbers during my personal study time. I’ve come to learn that Numbers is actually a terrible name and many scholars title it “In the Wilderness.” In my memory, stepping from the edge of that cul-de-sac and onto the packed dirt of the trailhead is what I picture as going into the wilderness.

The Israelites walked towards the wilderness with a story of years of captivity, overwhelming release, towering walls of water behind them and the presence of God with them. They had seen the hand of God move in literally magnificent ways and His hand of protection was in the midst of them. They trudge along with Moses, following the ark and still in awe of everything that had happened to them since they had stepped out of Egypt.

Then they stand at the edge of the wilderness.

I remember many times walking into these woods all alone; standing on the edge of the curb and taking that first step. There was always this rush of quiet that came when I moved from the open road into the tree cover. Even my first footfall on the packed dirt seemed louder. It makes me think of Mr. Mole when he ventures into the Wild Wood all alone and suddenly even the tree stumps seem to be hiding something and all the sounds around him are amplified. There is something exciting, frightening and yet beautiful about stepping into such a place.

Three days into their journey into the wilderness and the Israelites loose all memory of the ways that the Lord has miraculously cared for them.

The hand of death passing over their houses? Don’t remember that.

A path through walls of water? Unbelievable.

Cakes tasting of honey raining from the sky? We want something else.

Moses is beside himself with frustration; and so is the Lord. He gives them what they want – to the point that those who were complaining about the Lord all die from it. I think of Veruca Salt in the Chocolate Factory, a spoiled and immature young girl who always received what she wanted, but in the end it didn’t lead anywhere she wanted to go.

The wilderness that the Israelites walk into isn’t one of trees and muffled forest sounds. But it is one of the unknown. It is a place they have to walk through in order to pass on to something better. Like Pilgrim’s journey, it is one that is filled with wants and desires, fears and hatreds, losses and freedom and it all culminates at one specific spot.

For the Israelites, it is the Promised Land…Canaan. They’ve heard of this promise for hundreds of years. This place the flows with milk and honey; rich with fruits and a land that will produce an abundance. They go up to the hill country, to the place where their Father Abraham is buried, to view this promise. Twelve spies are sent into the land. Not unlike Frodo and the Fellowship, they take off an adventure to spy out the promise in person. What they see brings to life all the stories they’ve been told, but there is darkness in this land too. There’s a shadow in the shape of giants and it casts darkly over all the beauty. Their first words when they return are however and besides.

The land is just as we’ve always been told and more…however.

And the moment of decision comes. Who will they trust? The two courageous men, Joshua and Caleb, who remind them “God is with us!” or the rest of the spies who declare “we’d never make it!”

Mr. Mole hides in a tree, covered over with leaves.

I avoided the trails at dusk when the darkness was even deeper.

We all do this. When our circumstances are formidable. When the giants loom over us and the shadow seems brighter than the promise. And God cries out, “How long will this people not believe in me in spite of all the signs I’ve done for them?”

St. Jane de Chantal says, “One thing alone is necessary: it is to have God. In short, then, no matter what is going on, we must hold both our attention and our love on God, not wasting our time in studying what’s happening to ourselves no matter what is our cause.”

The Israelites literally had God in their midst in the tabernacle and even then they declared “we can’t do this”. And that was true, they couldn’t do it.

The message of the Bible isn’t, “You can do this!” but it is, “You can do all things through Him who strengthens you.”

The Lord didn’t send the spies into the wilderness so they would come back declaring that this would be easy, but rather to declare “this is too big for us…but God will do it.”

Frodo never would have cast that ring into the fire without the Fellowship. His task was impossible from the beginning. Pilgrim was met with all sorts of help along his way, put there to guide and support him and remind him it wasn’t his strength he could lean into. And it was love that held Jesus onto the cross in the midst of the greatest darkness imaginable. And it’s this same love that holds us and leads us through our journey into the wilderness.

Aimee Davis
Aimee doesn't remember a time when words weren’t constantly roaming around in her head. These days she spends her time chasing words and thoughts while she mothers and homeschools her children, and learns to love her family and friends well.

She savors quiet moments with a cup of tea, when she's able to catch those words and find the courage to write them down.