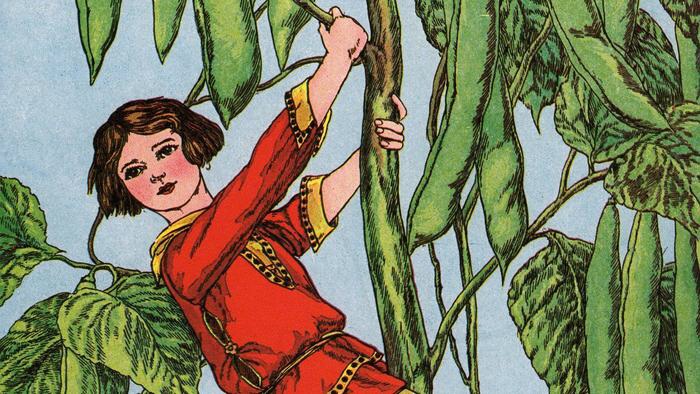 A few years ago my husband and I started collecting storybooks to introduce the classic tales to our kids. As we searched and read, we found a strange disconnect between the stories we remembered and what was being published. In one version of the Three Billy Goats Gruff, it turns out that the troll who initially wants to eat the three goats is just famished and has never tried plants. The goats convince him to become a vegan and they all became friends.

Next was a new version of Jack and the Beanstalk. Jack plants his magic bean, climbs the vine, and meets the giant, who temperately sings out, “Fee fi fo fum, who is it that has come?” No blood of Englishmen for him! At the end they, too, become buddies and snack together on something besides Jack.

We didn’t buy these books.

More recently, my daughter began reading Farmer Boy, second in the Little House series, which chronicles Almanzo’s childhood in rural New York in the 1860s. At the local school there is a group of older boys, young men really, who “thrash” each new teacher to prove their position and autonomy. The last teacher died due to his injuries from the beating. One day, as the muscular young men rush at the slim, unassuming new teacher to teach him a lesson, he pulls a bullwhip from his desk and ensnares the ringleader in a series of carefully calculated moves. When this biggest bully finally surrenders, the remaining bad boys have hightailed it out the back window.

My daughter and I were restless with anticipation throughout the vignette, waiting to see how this gentle and kind teacher would fare. She could see the wickedness of these man-sized, honor-less boys, and the justice of them being beaten at their own game and sent home in shame. Together we faced evil in this story, and we saw some glimpse of things being set right.

Children’s books that scrub any evil from the story are burgeoning. The conflicts are based on misunderstandings or due to a different perspective. They are easily solved with a pleasant discussion. It’s very sanitary! But are we telling our children the truth by painting an evil-free, pain-free world? Stories are not innocuous; they convey a worldview just as powerfully, if not more so, than direct statements. Is there really evil in the world? Or is that an outdated concept?

I believe it’s a mistake for parents to filter out all the bad stuff from our children’s imaginative world. It’s not even possible, because bad stuff is already in their hearts. Instead, what we read in stories gives us a safe place to confront evil and discuss big questions with our kids. Why does evil exist? Why do people do bad things? And what happens in the end? Who wins? We certainly desire to present the hard realities of the world to our children in age-appropriate ways, even as we recognize that sometimes the effects of sin are thrust on us earlier than our preferred timing.

You see, the greatest story ever, the true story of Jesus’s resurrection and his eventual return in majesty, is preceded by his death. The ghastly cross comes first, and then his rising; both are necessitated by the fall of humankind. Sin and evil are real, and we miss the Gospel’s relevance if we ignore them.

The Wingfeather books delight so powerfully because they are willing to foray into the darkness. The silliness is fantastic, but the evil is very real. The conclusion shines with redemption, but the losses along the way kept me grieving even to the end of the final book; I was still angry over the injustice and wickedness that cost these characters so much. But the same is true for us here. It’s a reflection of the now-but-not-yet tension that we experience as we wait in a fallen world for Christ’s return.

In a cozy scene from the first Lord of the Rings movie, Bilbo regales a gaggle of young hobbits with the story of the trolls who caught him and his friends and argued aloud about how to cook and eat them. The hobbit children’s eyes grow wide with wondrous fear and delight. They are deliciously scared, but not gratuitously scared, by his story of nasty villains who were nevertheless defeated. When the sun rose, the trolls were turned to stone.

Romans 8:18 tells us that the “the sufferings of this present time are not worth comparing with the glory that is to be revealed to us.” The sufferings of this present time are back-breaking, enough to make the very creation groan. But the sun does rise, eventually. The day will come when God’s full glory in restoring all things will be revealed unequivocally, and we will rejoice. The depths of suffering in a story only serve to make the redemption that much richer and more satisfying.

We actually cheapen imagination when we refuse the dark places. Holy imagination serves in the fight against evil by helping us to face the darkness while anticipating the light. But how? How does a story like Farmer Boy or Lord of the Rings help my daughter deal with the darkness?

She sees that evil is real and touches everything, so she isn’t blindsided by it in real life. She sees the sort of fortitude and perseverance that life requires as characters fail, then stand back up. She sees God being faithful to his promises, even if it’s only revealed indirectly. She sees that wicked people are ephemeral, and even ultimate wickedness cannot last, because God has so decreed. She learns to grieve the loss inflicted by evil; rather than equating stoicism with faith, she can keep hope even while weeping over the ache. And she sees at least a glimpse of Good winning. Maybe it’s only a hint, the first tender rays of the sunrise, but it’s tenacious and it promises more.

Through stories we train our children’s imaginations to reject and fight evil, and to envision the coming glory all the more. Such is the power of truthful stories willing to brave the darkness, confident that the light is ahead, all but ready to rise in the east, if we will press forward and wait on our God.

Kathleen Shumate
Kathleen and her husband and six children live somewhere and do some things. She likes to make stuff, especially a home filled with love, words that mean something, and lovely things.