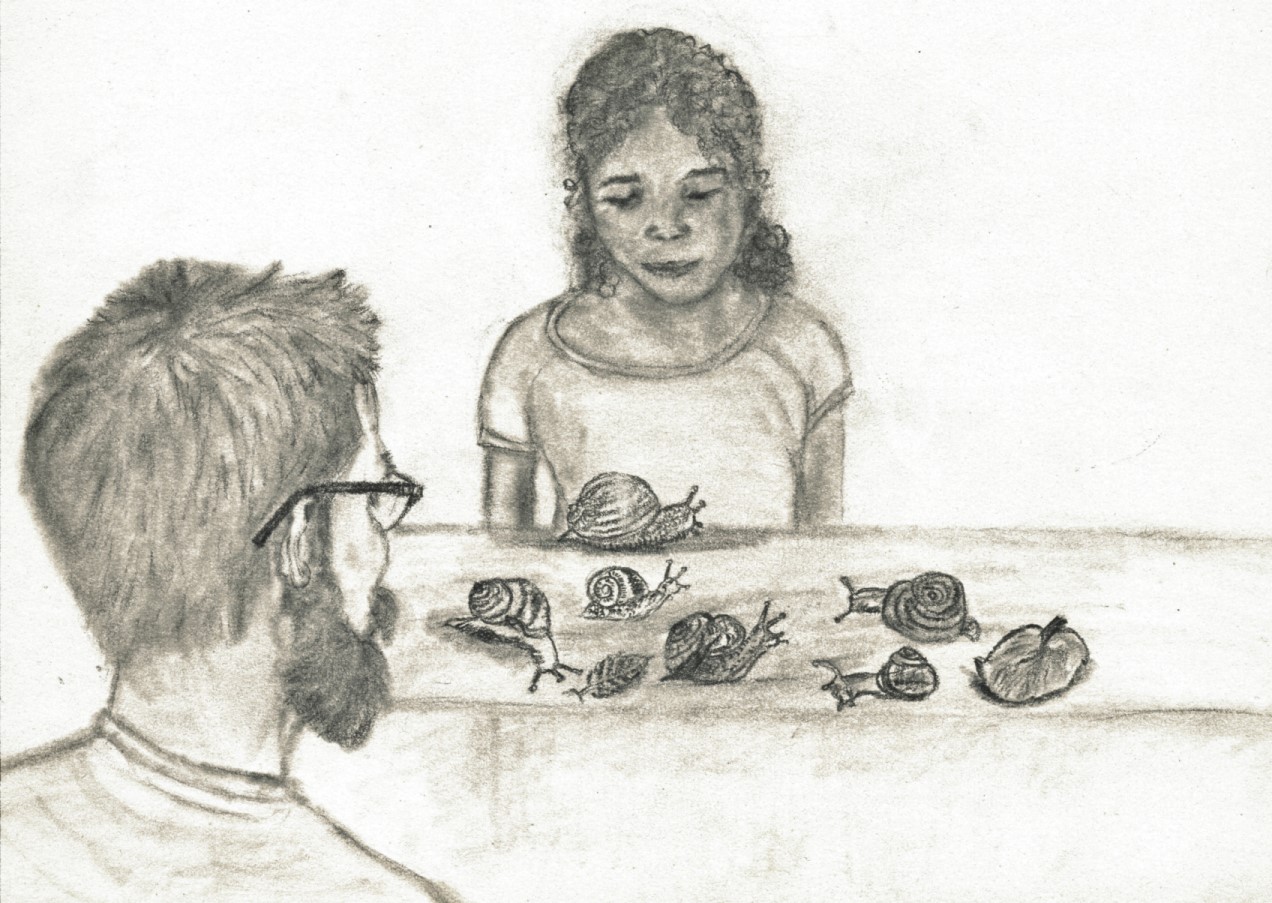 One of the few reprieves was a morning walk. It was craved solitude. A time for centering and calming. Or so it should have been. But often a time of rumination. My younger daughter began asking to come with me. I was irritated but acquiesced. I found that often she would chatter, and I would distantly respond, or not. I would miss the life in her and all things.

Until we found the House of Snails. It was a wonder – a small plot in a raised bed in which we’d find a riot of snails. Tens, dozens. It became an every day liturgy to pause and count and wonder. And this one moment, this one connection, changed the tenor of the walks. Now there was communion – eager anticipation which centered our attention on the coming glory and expanded our presence to be fully alive together.

It was a one-year miracle. The next year, no such grace. But a reminder what graces are all about, invitations in themselves to a cloistered communion and through them to one expansive of all creation. The poem was a reflection on that grace. 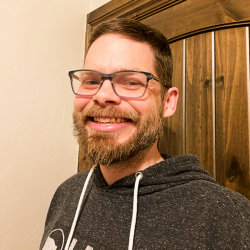 Todd Wedel
Todd loves children coming to know, love, and live into the good stories God is telling. His 22 years in Christian education were borne out of that desire - helping students see God's story unfolding in history and literature and expressing that story in their own writing and speaking.

He lives with his wife Rebeccca and two daughters in Oklahoma City. The plains give a vast canvas for the imagination's horizon.