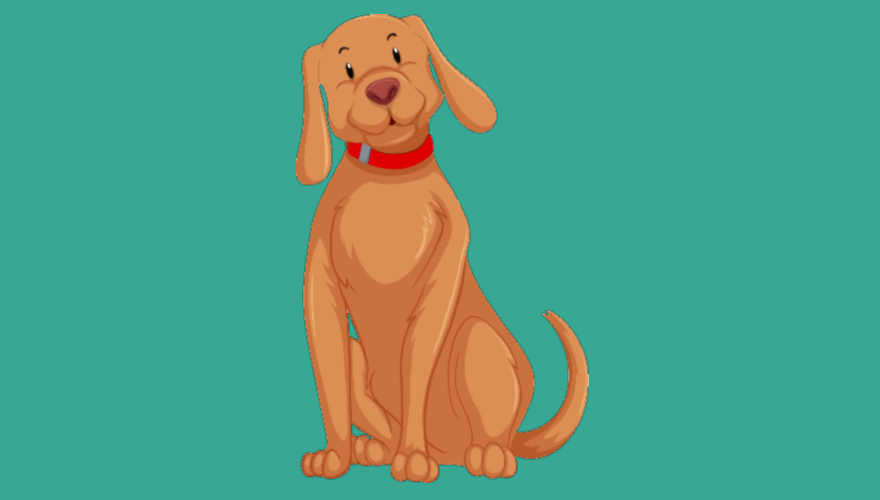 Once upon a time, there was a dog named “Young Man”. I do not know why his name was ‘Young Man’, so please do not ask. Some things simply cannot be explained.

Young Man belonged to a young… er, to a boy named Bill. Bill belonged to his parents. You do not need to know his parents’ names, but they were Aragorn and Alsace.

(I told you that you did not need to know.)

One day Alsace said to Bill, “Bill, please be quiet.”

This may sound rude to you, but it was not. Bill was often told such things, and they were quite in keeping with the context.  Bill would have done well to comply, but he did not. So Aragorn said to him in a firm way, “Young man, stop that right now and go sit in the corner and do your homework.”

Young Man, the dog, happened to be standing by. He thought Bill’s father was telling him to go sit in the corner and do his homework! Of course, this is not what Bill’s father meant, at all.  When he said, “Young Man,” he did not mean Young Man, he meant – well, this is complicated, and perhaps we should move on.

Young Man was a very obedient dog. So even though he did not have any homework, he went and sat in the corner and looked over Bill’s shoulder while Bill did his.

Young Man had always known that he was not like other dogs. Other dogs were content to bark all day. Other dogs were content to chase balls and bark at garbage trucks… but not Young Man. He had always felt a yearning for something higher, nobler; something that would satisfy his intellect. And now at last, looking over Bill’s shoulder, he found it.

There, spread out before him like a map of his higher yearnings, were the twenty-six letters of the Latin alphabet.

Bill uttered a sound that was not phonetic by any letter on the page.

This was the beginning of a beautiful learning experience. Every evening, when Bill’s parents told him to be quiet and do his homework, Young Man would do homework with him. They learned together that “A” says “AAAH” as in “AAAHpple”. They proceeded to learn that “B” says “BBUUH” as in “BOY”. And when they learned that “C” says “CUH” as in “CASTLE”, they put it all together.

They went on to learn how to read words like cab, and bag, and bat, and boy, and soy. Then they moved on to words like deed, and greed. All too soon they found themselves facing down a long, twenty-seven syllable word like preposterous.

By this time, it was widely acknowledged that Young Man was a unique dog. He was awarded several honorary degrees by various universities. It was a great honor for the universities to have a dog among the alumni, especially one who could spell preposterous.

Soon it was time for Young Man to choose a career path. He chose to go into law enforcement. This was a wise choice because, besides his degrees, he now had a shiny badge and a car. The badge was incredibly shiny, like a star, with about sixteen points.

– To which I can only say that if you are going to be difficult, we needn’t go on.

One of Young Man’s first assignments was to track down a delinquent frog. This frog had failed to pay his taxes. It is a mistake anyone can make, though it takes a particular kind of frog. However, you are not to think the frog had overlooked paying taxes by accident. Oh no. He had done it on purpose. He was a big, bad, tax-evading amphibian, and his name was Erp.

Young Man tracked Erp to a sleazy hotel, where he was holed up watching three channels of cable and snacking on local flies. Young Man kicked the door in with his lower left paw, carefully balancing his badge in his upper right.

(With the other two paws, Young Man stood, and scratched his ear.) “Surrender yourself in the name of the law!” he barked.

But Erp wasn’t about to surrender without a fight. He jumped behind the curtains.

“COME OUT OF THERE, or be … PREPOSTEROUS!” yapped Young Man.

Erp stuck his head out and grinned. And then he did something terrible. Faster than you can blink, he shot his long tongue all the way across the room, zapped the badge right out of Young Man’s paw, and swallowed it.

Now, Young Man had just sharpened the points of his badge that very hour. Erp had to have sixteen reconstructive surgeries. While they were inside, the surgeons also found $2.15 in denominations of dimes and quarters; a paper clip; a piece of a jigsaw puzzle (one of the surgeons recognized it at once, and there was great joy); the lid of a toothpaste tube which you might have recognized – or perhaps I am thinking of someone else?; and the wheel of a toy car.  Fortunately, the money recovered from his digestive tract was enough to pay for his delinquent taxes.

Young Man was awarded a medal of honor for bravery in the face of a long, sticky tongue. And I think you deserve some sort of medal for listening to this story.