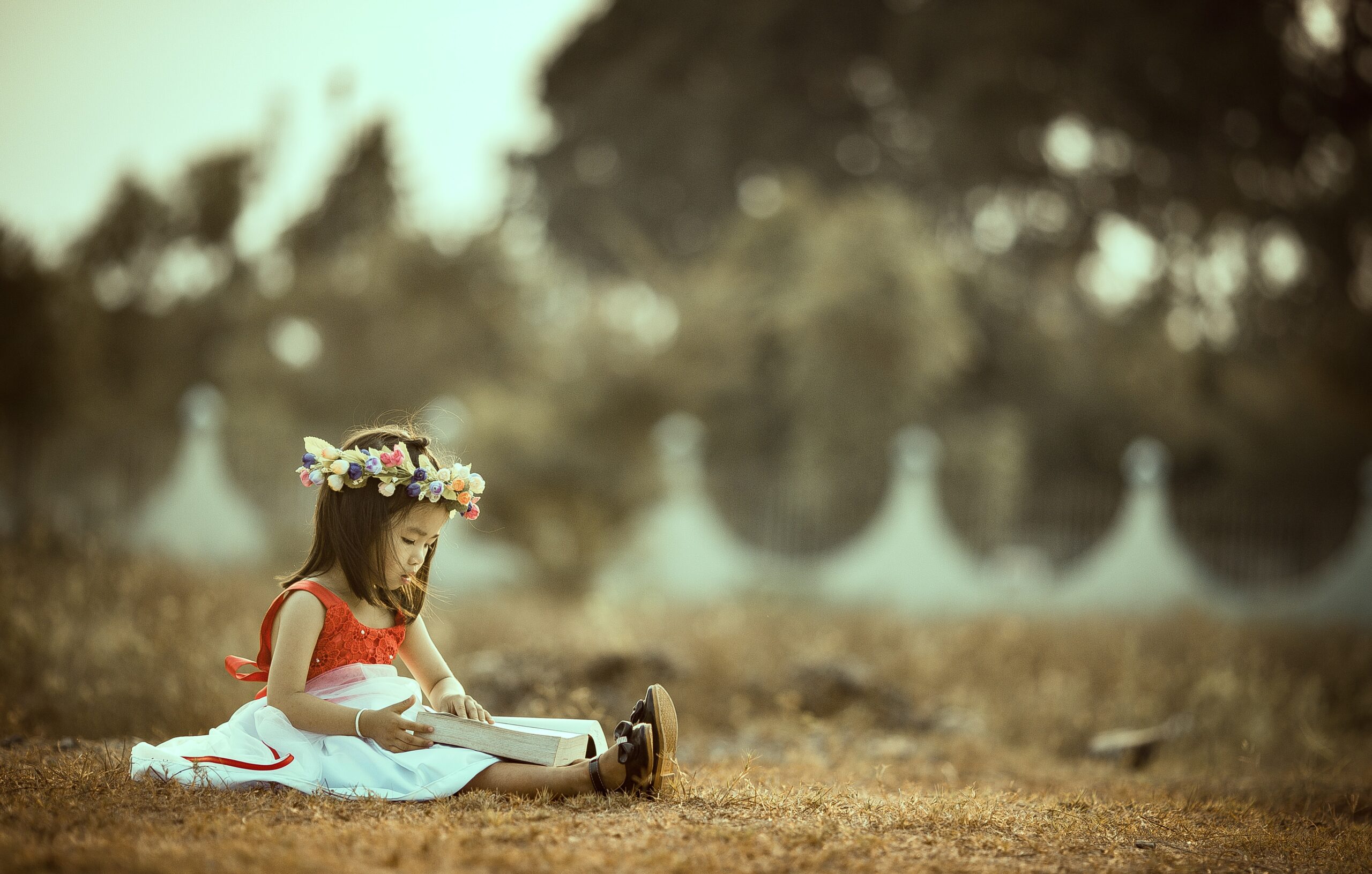 (If you’ve just arrived, welcome! This post is the final installment of this series. Here are the others: Part I; Part II; Part III; Part IV)

My Dear Lucy,
I wrote this story for you, but when I began it I had not realized that girls grow quicker than books. As a result you are already too old for fairy tales, and by the time it is printed and bound you will be older still. But some day you will be old enough to start reading fairy tales again. You can then take it down from some upper shelf, dust it, and tell me what you think of it. I shall probably be too deaf to hear, and too old to understand a word you say but I shall still be

-dedication to Lucy Barfield, his goddaughter, The Lion, the Witch, and the Wardrobe

This is the last entry of this series, and it is the simplest.

My argument today is just this: if you have children — yours or someone else’s — in your life, you should have stories in your life. Stories are where children live. Children recite stories, create stories, act out stories, and rehearse stories. It is part of how they arrive to this earth, and if we are careful not to toy with them, it is how they will remain.

If we avoid stories in the interest of moving on to “more important” reading, we run the risk of demeaning children’s first love affair with stories. We also rob ourselves of the work that stories might do on us, but that’s what we’ve covered so far. If you’ve missed that portion, you can back up a few issues.

I sometimes hear the charge that fiction is a manner of escape, meant for children but not for grown-ups. Apparently our friends Tolkien and Lewis had the same conversations in their circles:

That perhaps is why people are so ready with the charge of ‘escape’. I never fully understood it till my friend Professor Tolkien asked me the very simple question, ‘What class of men would you expect to be most pre-occupied with, and most hostile to, the idea of escape?’ and gave the obvious answer: jailers.

I chuckled when I read that. Can we enjoy the freedom and enjoyment that only stories bring? Or will we impose on ourselves and others Only the Dour Seriousness of Important Adult Things?

One of my favorite examples of a willingness to enter into childlike things is British abolitionist William Wilberforce. For decades, Wilberforce was a force to end the slave trade in the British Empire. Even as he endured defeat after defeat, on matters of the utmost importance, he maintained a playful joy, manifested especially towards children:

He was an unusual father for his day. Most fathers who had the wealth and position he did rarely saw their children. Servants and a governess took care of the children, and they were to be out of sight most of the time. Instead, William insisted on eating as many meals as possible with the children, and he joined in their games. He played marbles and Blindman’s Bluff and ran races with them. In the games, the children treated him like one of them.

-(from Amazing Grace in the Life of Wiliam Wilberforce, John Piper’s brief biography)

Biographers report that Wilberforce’s entire manner was one of self-forgetfulness. Arthur Wellesley, First Duke of Wellington (1769–1852), wrote after a meeting with Wilberforce, “You have made me so entirely forget you are a great man by seeming to forget it yourself in all our intercourse.”

Wilberforce is our example: being willing to enter into childlike things — and refusing to cast them off as childish — is a sign of a healthy spirit, one unconcerned for how we are perceived. As Lewis reports of his own “growing up,”

When I was ten, I read fairy tales in secret and would have been ashamed if I had been found doing so. Now that I am fifty, I read them openly. When I became a man I put away childish things, including the fear of childishness and the desire to be very grown up.