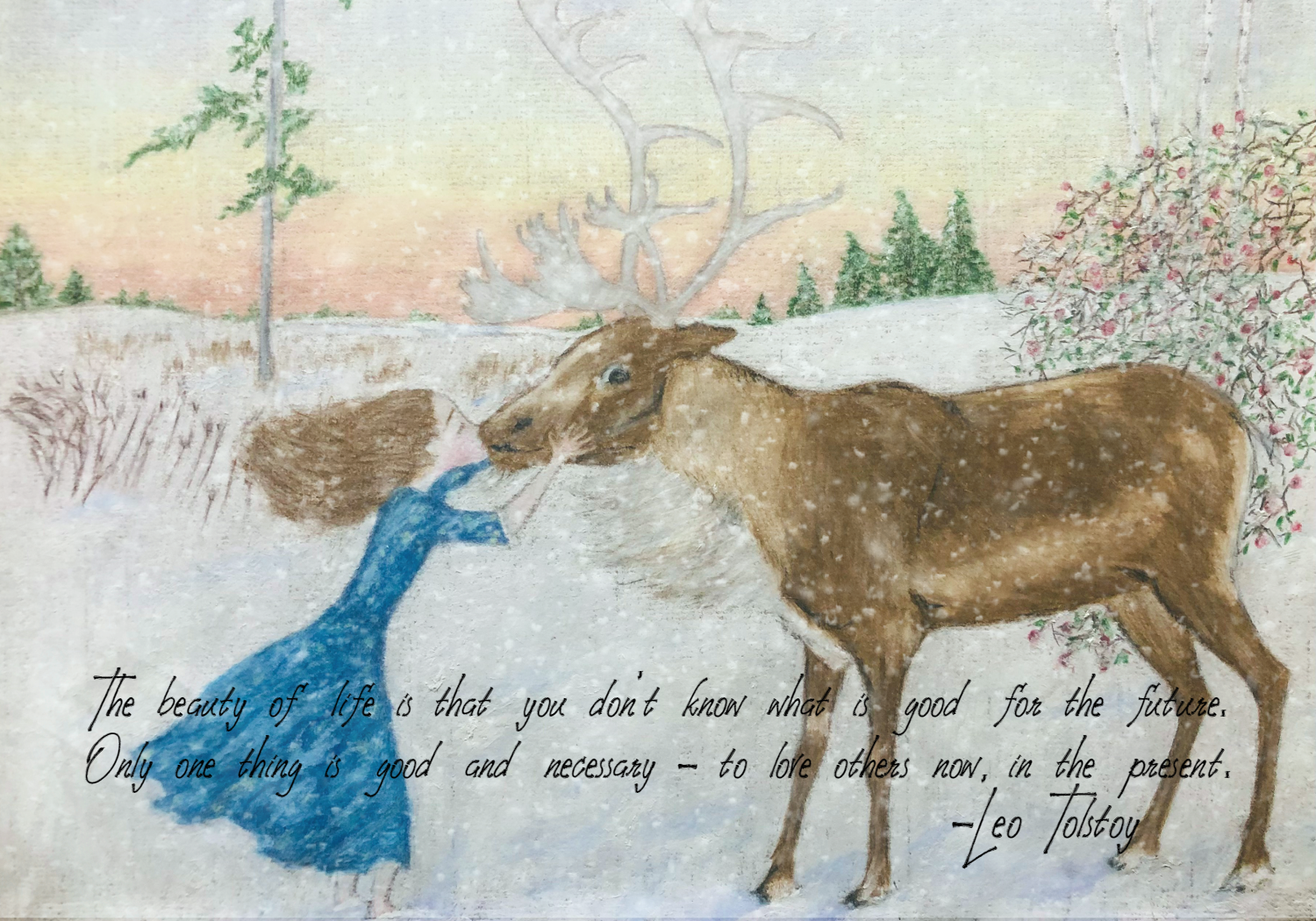 One of the best ways to practice any discipline is to imitate the work of a master. (This is true when it comes to discipleship, too.)

So here is a recent (simplified) effort in imitation of a long-time favorite fairy tale illustration: Edmund Dulac’s ‘Gerda and the Reindeer’, from his illustrations of Hans Christian Andersen’s The Snow Queen. I’ve paired it with a quote from Tolstoy that articulates the magic of this scene for me.

Gerda is searching for her friend, little Kay, who has been carried away by the Snow Queen. She escaped a band of robbers on a reindeer, and they have just been sent on their way by a wise woman. The reindeer had asked the wise woman to make Gerda as strong as twelve men, since she must face the Snow Queen — but the woman explained that the strength of twelve men would be useless. Gerda’s strength is in her heart.

“Oh!” cried Gerda, “I forgot my boots and I forgot my mittens.” She soon felt the need of them in that knife-like cold, but the reindeer did not dare to stop. He galloped on until they came to the big bush that was covered with red berries. Here he set Gerda down and kissed her on the mouth, while big shining tears ran down his face. Then he ran back as fast as he could. Little Gerda stood there without boots and without mittens, right in the middle of icy Finmark.

Perhaps the future will find one or the other of us without boots or mittens, in the middle of icy Finmark, metaphorically or even unmetaphorically speaking. We don’t really know much about the future. But ‘one cannot love in the past or the future. One can only love now, at the present time and in the present moment.’ (Tolstoy) And fairy tales don’t lie. Even in the middle of Finmark, in the depths of winter, there are kisses and red berries.

I have this image and quote set as the lockscreen on my phone so that whenever I whip it out to check the time, the screen reminds me: whatever is going on, I have the most magical potentiality of life, right now.  So do you. We have the chance to love.