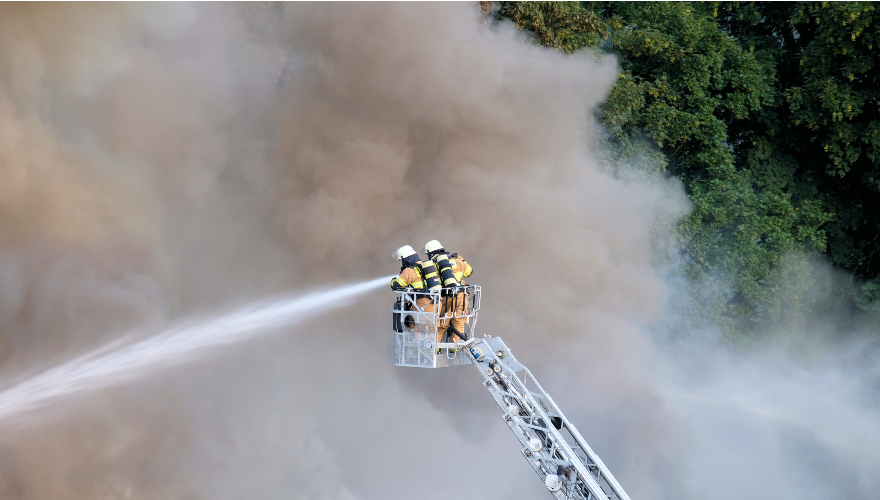 I’m writing to you because I know you’ve been listening. I know it by all the questions you ask. You’ve heard your dad and me talking about presidential candidates, and refugees, and a silverback gorilla.

There are other conversations we have kept you from hearing because some things in the world need not trouble you yet. We speak those things behind closed doors, not to deceive you, but to open them to you when the time is right.

Still, we’ve never tried to hide every sad and broken thing from you. Compassion, courage, and faith are stunted unless there is knowledge of pain, danger, and need. So we have talked with you about orphans, and about the one who will become your brother. We have tried to answer your questions about death.

And now I think you should know about another shadow I’ve seen darkening the world. It is dangerous, but not in the same way that a bad president or a terrorist group is dangerous. Those things can hurt our lives on the outside. But I’m going to tell you about something that can hurt your inner life. It’s like a sickness that grows stronger as it corrodes the healthy habits of the heart. I will call it outrage.

Outrage is when you get really upset about someone else’s decisions or actions — so upset that you want them to be punished or forced to change. Outrage insists on being heard. It always points a finger but never at itself. It assumes it is the supreme authority on a matter regardless of whether it has any actual knowledge of it. It creates caricatures of its opponents and refuses to acknowledge the complexities of their human souls.

That was a bunch of big words. Maybe I should just say that outrage is being angry without listening. Outrage is easy because anger feels good and because listening is hard.

And here’s the worst part: it is contagious. Not only that, but it relishes the chance to infect others and will clamor so aggressively that an unguarded heart will have trouble remembering it has a choice not to succumb to it. I know, because at times my own heart has given in.

Sometimes there is news that hurts, and all we can think about is what could have been done to prevent it. We imagine ourselves in the middle of whatever happened, heroically changing the outcome. Even though we weren’t there, we’re sure we would have made a better choice than they did. In fact, we’re positive that what they did shows what bad people they are. We decide they should be condemned, and it’s our job to see that it’s done. We fill our hands with stones, eager to start throwing.

This is outrage. Many will revel in it. And many times it will call to you.

I’m telling you this not to cause you to despair but to put a weapon in your hand. There is a remedy, see, and as far as I can tell it comes in two parts.

The first is humility. Humility acknowledges that the whole matter may be none of your business in the first place.

A humble heart sees real, whole people on all sides of every situation and upholds their value and complexity. It doesn’t take everything as a personal attack. Its interest is not in airing grievances but in restoring what is broken.

Humility remembers how hard it can be to know what to do and how easy it is to make mistakes. It waits and listens, because it is not threatened by the possibility that it might not know it all.

That is where the second part of the remedy comes in: truth. Most of the time, the full truth of a situation won’t immediately be apparent. For that reason, it is wise not to react too quickly. Remember all those times I have disciplined you first and asked questions later? So often I have learned too late that the small infraction I saw was part of a much more complicated situation and that the discipline was unjust. I could have spared you a lot of grief if I had just taken the time to understand.

The truth matters. Not just the parts of it that give you ammunition, but the parts that disarm you as well.

Is anger sometimes a correct response to things that happen in the world? Yes, but you didn’t need me to tell you that. You have always had a tenacious sense of justice and a strong grasp of right and wrong.

You don’t need to be reminded that some wrongs are worthy of anger. You, like me, need help remembering what to do with that anger.

The world jumps from one outrage to the next. Oh, it is easy to join in that march. The arguments sound so compelling because they are shouted so loudly. It will take courage to resist their power and let the clamoring mob pass you by.

But if you have the courage, this is what you must do: set your heart on humility, and train your ears to truth. You will have to chase after them your whole life, but whatever you do, don’t give up the pursuit. They will guard your heart from myriad dangers.

Not only that, but they will give you a voice the world needs to hear — a voice of grace and compassion. And that, daughter, is contagious too.

Let all bitterness and wrath and anger and clamor and slander be put away from you, along with all malice. Be kind to one another, tenderhearted, forgiving one another, as God in Christ forgave you. Eph. 4:31-32

Alyssa Ramsey
Alyssa loves to read, and sometimes she even has time for it.