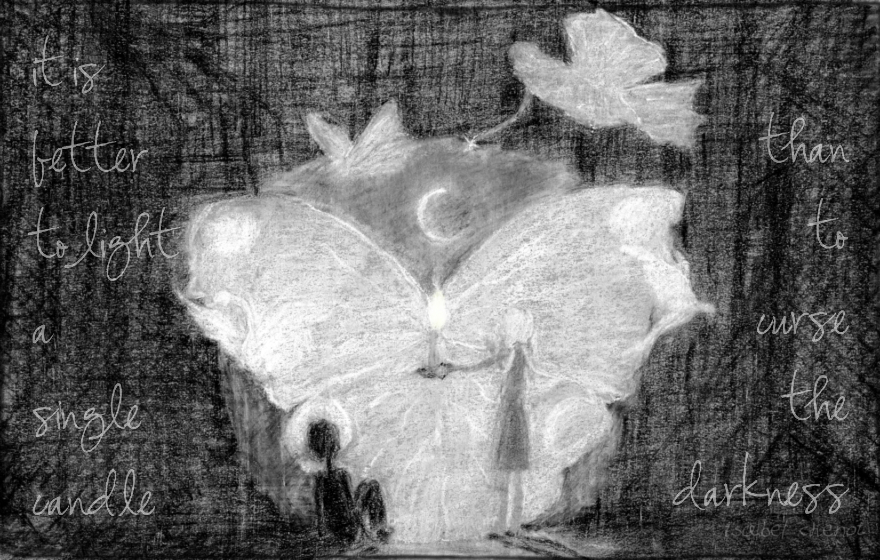 “I believe that the men of this age (and among them you Father, and myself) think too much about the state of nations and the situation of the world. Does not the author of The Imitation warn us against involving ourselves too much with such things? We are not kings, we are not senators. Let us beware lest, while we torture ourselves in vain about the state of Europe, we neglect either Verona or Oxford. In the poor man who knocks at my door, in my ailing mother, in the young man who seeks my advice, the Lord Himself is present: therefore let us wash His feet.”

C. S. Lewis wrote these words in late March of 1948, a few years after the end of World War II. He was already one of the most important literary figures of his age, and he has retained his significance. At that time, he was still living with post-war rationing of basics like meat, tea, and soap. His correspondent, Don Giovanni Calabria, writing from Italy, was upset about rumors of another likely-imminent war.

Lewis’ earliest memories were shaped around the loss of his mother to cancer. At his first boarding school, he and his schoolfellows suffered malicious tortures from an insane schoolmaster. His active service during World War I left him with lifelong nightmares. He was well aware that the world is full of pain.

Yet his letters are full of statements like the above, claims that he did not spend time tuning in to wireless newscasts, and advice to his correspondents to tune out the cosmic drip of international up-to-the-minute suffering – and focus on someone close to hand. Apparently even a world-famous author can do more to relieve pain by creating a small atmosphere in which individuals are loved, than by being engrossed with world events.

I came across this quote a few years after I had grappled with my own debilitating consciousness of our world’s suffering. It was not uncommon, throughout my twenties and early thirties, for my husband to come home and find me sobbing on the couch. Nothing done; nothing begun…. Because I find joy in doing things for someone I love. It’s a gift. And I did not know how to open that gift when other people are being bombed or tortured. How could I make food for us, when people are starving?

How can we carry the grief of this world?

One of the helps I found during those years was a Peanuts strip. My husband knew I loved Peanuts, and bought a number of those fat squatty volumes of the complete collection. On September 9, 1965, Charles Schulz published a strip where Linus is walking around in the dark with a candle: “I have heard that it is better to light a single candle than to curse the darkness,” he explains. The strip ends with Lucy (candle-less) shrieking at the night sky, “YOU STUPID DARKNESS!”

That comic helped me to stop crying on the couch, to get up and make the world a little brighter for individuals around me. I realised that my disabling grief was tantamount to standing under a dark sky, screaming.

And I understood that this did not honor the sufferers. It did not do anything to make their hard world any better, any less destructive, any less likely to damage someone else – the someone whose feet, whose socks, I could be washing.

Our very finite and fragile ability to love individuals around us is a gift. And it is also a candle. A profound flicker of light in this hard place.

I understood that I needed to shelter it.

So I stopped listening to daily news. I chalked it up to personal weakness and futility: I could only carry the grief of this world as if I were clutching a candle.

It was a strange affirmation, years later, to come across C. S. Lewis – who had no lack of courage or usefulness – advising his correspondents to do the same.

Because it’s increasingly debilitatingly possible, with the rise of instant global communications and now virtual social outlets, to spend – not just whole afternoons – but whole years of our lives torturing ourselves over the state of nations. Cursing the night.

But that intense inner cry meets the planes of the world at a very limited number of nodes. The outcry of our spirit against the world’s wrong is pent in and hemmed up to the circumference of our eyes and ears, our fingers and toes. The genuine good we can do here is bounded by, and becomes actual in, close personal contact.

The kind it takes to carry a little shaft of wax; and to shelter a little flame.

And that would be true in the worst of circumstances. Corrie Ten Boom became someone who defied a wicked power and sheltered the oppressed because in happy years she mended watches with her father, and took soup to her neighbors.

We don’t decide when to be born into the throes of history, or where on the traumatised globe.

And we are born with only one small, precarious light.

Someone very close to us needs it today.