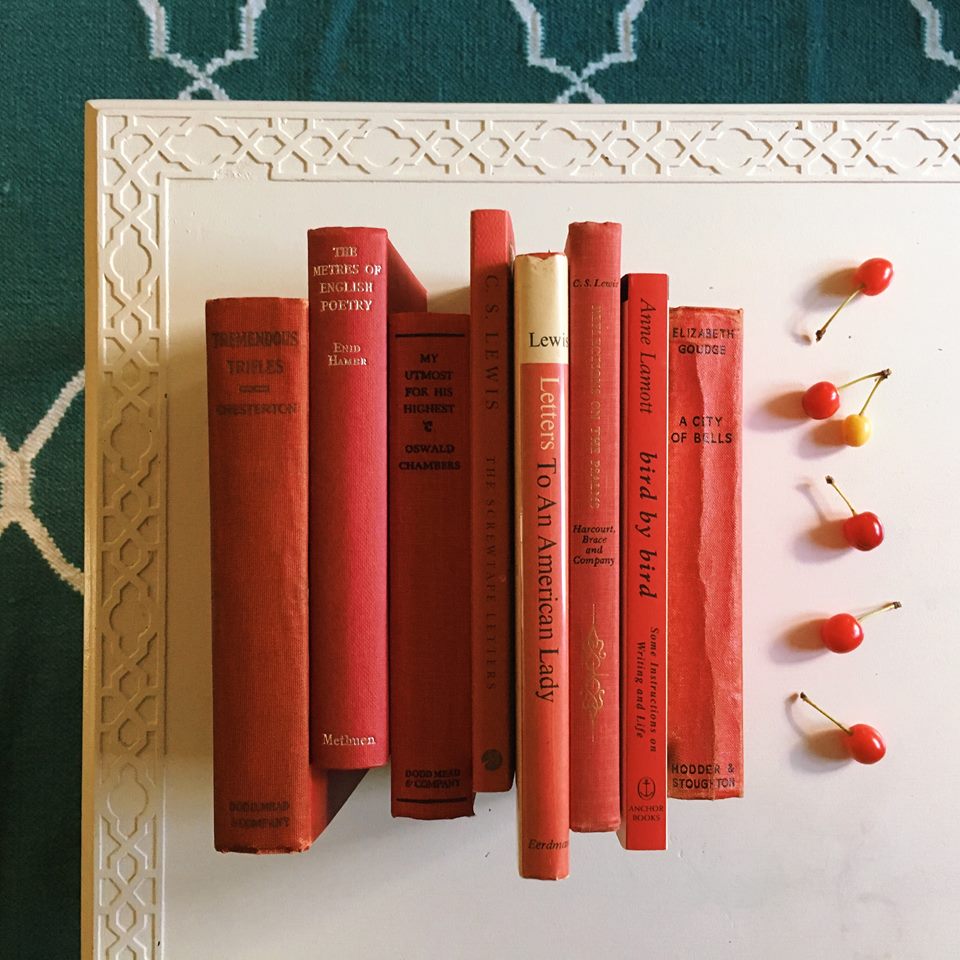 We’re spoiled around here. Though I’m sure there’s no shortage of used book stores in your town, in Tennessee we have the King of Used Book Stores, the Grand Pooh-bah of the Printed Word. We have McKay’s. This is the place that has allowed me to build a library for my children, that has occupied the family on many rainy afternoons, that has proven the perfect date night destination. This is the haven of bliss where I find new Buechner memoirs I’ve never heard of (how many did he write?), where I fight the temptation to replace my entire set of The Chronicles of Narnia (just because), where I pop my fiftieth copy of The Phantom Tollbooth into the cart “to give to a friend.” (I can’t stop myself.)

There is only one thing that dampens my enthusiasm at McKay’s. It saddens me to see the personalized messages written in neat cursive inside the covers of so many children’s books. “Happy Birthday, Jack! This story reminded us of you. –Love, Grandma and Grandpa” Ouch. Naturally, not every book is thoughtfully chosen, and most of the gifts we receive won’t stay with us for a lifetime, but I have to wonder about Jack. What did his grandparents envision when they pulled out their wallets and purchased that book? What was it that brought their beloved grandson to mind? How did they imagine him responding when he read it?

*Hours spent pleasantly, alone or with your parents, by the fire, during a blizzard, at the beach, curled in bed. Hours of laughing or dreaming or catching your breath. The gift of time well spent.

*Emotional experiences. I want you to laugh as hard as I did when I read Betty MacDonald’s description of the neighbors in The Egg and I, or Polly Horvath’s tales of “Great-uncle Louie, who came for two weeks and stayed for six years” (The Trolls). I hope you’ll be moved by Sara’s quiet dignity in A Little Princess, that you’ll weep when Daniel encounters Jesus at the end of The Bronze Bow.

*New people. In giving a book, I’m introducing you to remarkable and unforgettable characters. I’m sending you to ballet class with Pauline, Petrova, and Posy Fossil (Ballet Shoes). I’m anticipating your smile when you hear one of Harriet Wheelright’s outbursts of “Merciful Heavens!” (A Prayer for Owen Meany). I’m counting on your shiver, my dear, when the wicked and slippery Fagin enters a scene (Oliver Twist). I’m helping you make the acquaintance of characters who will stay with you forever.

*New places. I’m buying your first-class ticket to a host of new worlds—sending you soaring on a furry, hollow-boned windsteed over the southern continent of Rocannon’s World; setting you down at twilight as The Night Circus prepares to open; hiding you with Eugenides in the chimneys of the palace of Attolia (The Queen of Attolia).

More than anything, though, in giving a book, I am giving the gift of myself. “Here,” I am saying, “is something that’s moved, changed, delighted me. Here is something that has become a part of me, and I want you to share it.” I give books like invitations, and though they sometimes go unanswered, I’ll keep on giving them: the words, the ideas, new people, new beauties, and worlds without end.

Note: Not all the titles recommended in this post are suitable for children. Some of them are for young adults – or for parents!