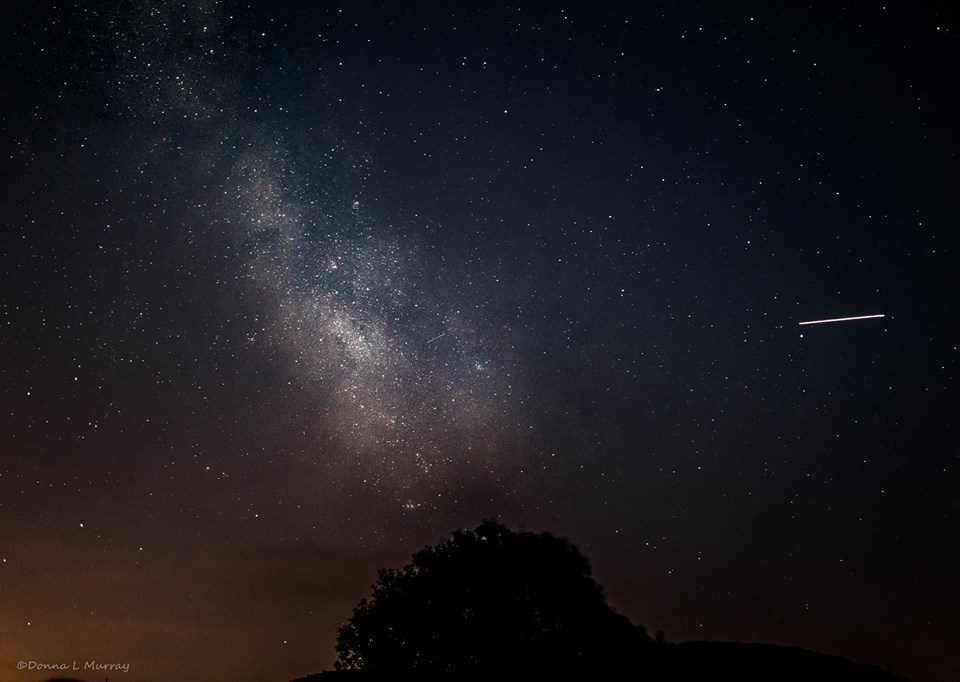 The first time I saw him, his face was shadowed by the brim of a baseball cap. His shoulders were hunched. His shorts and T-shirt were loose. He lifted my suitcase and garment bag out of his parents’ van, and I thought, “Jock.” That evening we sat across the table from each other at a restaurant famous for its peach muffins. You know the kind—just enough flour to keep the lard, sugar, and canned peaches together. He asked me about music, about the pieces I’d done with our college chorale and the songs I was working on in my voice lessons. He’d been a music education major, he said. Just like me.

Within a year, I knew that we both loved Ella Fitzgerald, Nat King Cole, and Harry Connick Jr. We both enjoyed musicals, travel, C.S. Lewis. He liked my short hair, and I liked the way he looked in a three-piece suit. I knew I wanted to marry him.

I’ve been looking at him a long time now. I’ve seen how he handles frustration. I’ve learned what he fears and what he despises. I’ve seen backward into his formative years, into the circumstances and messages that made him the man he is. I’ve watched him stand in rooms full of strangers and draw people to him with his calm, his humor. I’ve seen him wrestle our son and teach him how to build a campfire. I’ve seen him hug our daughter and tell her she’s a beauty.

I just keep on looking at him. You know, the longer I look, the more I see.

There are a thousand things to look at, but that tree keeps catching my eye. I can see it through the front window, and it wants trimming.

I’ve done two rounds already, the first to get the dead wood, and the second to shape the tree. I imagine that if I prune it well, the tree will be healthier and lovelier next spring. I trim a branch on this side, another on that, trying to balance it out. The longer I look at that thing, the more I want to trim. I’m gonna need a pole saw.

He was just an abstract image of light and shadow, bright pixels in flux against the darkness. The ultrasound tech said, “Boy,” and in that moment that was all I could know of him. I looked at the screen and thought of red and blue and brown, trains and trucks and dirt, associations every bit as abstract as the image before me. Sometime later, a nurse said, “You have a son,” and I saw the shape of his nose and the length of his fingers and heard the distinctive pitch of his cry. Before long, I discovered his penchant for twirling hair (both his and mine), and his desperate need to suck the first two fingers of his right hand. It took a little longer to learn the cadence of his speech, to recognize his love for nature and animals, to understand how much he likes to help out, how crucial that is to his sense of belonging. And the changes come so quickly. If I close my eyes, I’ll miss them.

It was the same with my daughter. The screen, the word, the endless associations. Now I set out to find her some clothes, and I know she’ll want pink, and “bluey-greeny,” and tights, and dresses that really twirl. She’ll want boots and ballet slippers, and if I can find something with a mermaid on it, she’ll say, “Oh, Mommy, I love it.” I’ve watched as she developed her sense of humor and her passion for fairy tales. I’ve watched her make friends, seen her fall in love with dancing. But every day, she is more complex. The longer I look, the more I see.

My favorite preacher has studied Luke 15 for 65 years. He’s read and read about the prodigal son, the forgiving father, the older brother, the customs of the ancient world in which the story is set. Last year he wrote a book that summed up all he’d learned during his decades of study. Last month he preached a sermon on something new from that same passage. It jumped out at him, he said. He hadn’t seen it before.

The longer you look…

We’ve settled in a new house in a new part of town. It’s further out in the country. You can tell because most of the neighbors have fake deer in their yards. But it’s awfully pretty out here. At night, it’s nearly pitch dark. You can walk out into the back yard, right to the middle, where the trees don’t block the view of the sky. At first, you’ll see a dozen stars. Maybe two-dozen. But if you stay awhile, let your eyes purge themselves of the artificial, indoor light, if you wait a bit and keep on watching, the heavenly hosts will show themselves. They’ll shine out of the dark until the whole sky glitters.

The longer you look, the more you see.