Sarah Mackenzie has some great book recommendations for us.

A Toddler Needs Boundaries – No Walk in the Park

Janet Lansbury explores the value of boundaries for young children.

Why Social Media is NOT Smart for Middle School Kids

We know the kids in your families range in age, so from the very small, we now head up a few years to the tweens–Victoria Dunkley looks at what happens in a tween’s brain with social media.

Tim Keller on Why You Should Catechize Your Children

The Gospel Coalition has a video of Tim Keller discussing the value of catechism with your children today.

Whatever is Pure and Lovely

Théa Rosenburg examines the need to not only banish our worries, but to turn our minds to the pure and lovely.

Glow Has Moments of Brilliance

Once in a while we have the chance to share an original Story Warren short. This week, it’s Isabel Chenot’s “Little Orpheus,” accompanied by Jamin Still’s illustration–including a download of the painting as a free wallpaper.

Sometimes family night needs a little spicing up. This list of 50 family night ideas that will make your kids forget about the TV might be a good place to start.

The Global Space Education Foundation has a project called Story Time from Space, which is exactly what it sounds like–astronauts reading stories! In this case, it’s Kate Rubins reading the picture book Rosie Revere, Engineer. 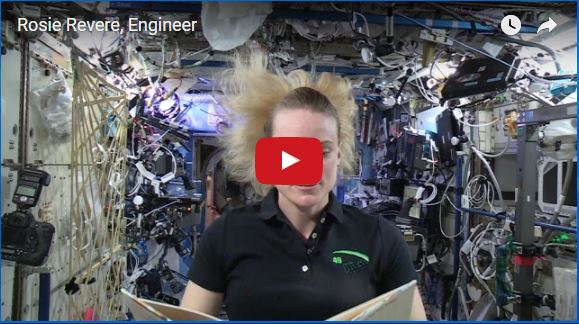