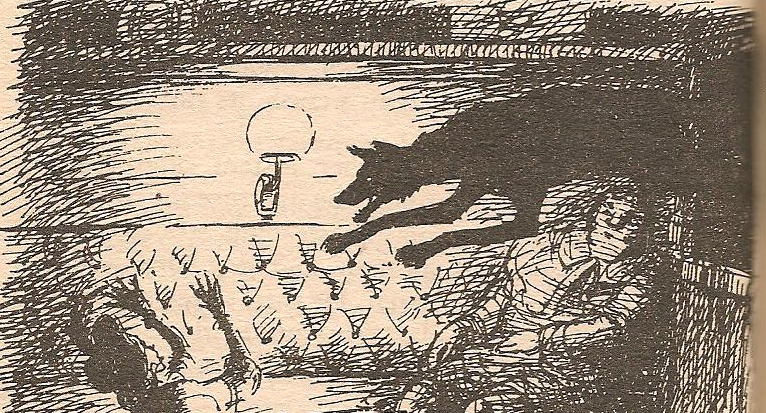 What is your opinion of a 44-year-old mother who reads a children’s novel and stays up till 1:00 a.m. to finish it? And what if she reads it again 15 years later and finds it just as entertaining as the first time? Does this reflect immaturity on her taste in literature, or could it be that it is true that the best literature for children is best because it is enjoyed at any age? Wolves of Willoughby Chase has all the elements that delight children: spunky kids who dare all the deeds children like to believe they would do themselves, deceitful villains who keep threatening and thwarting the heroes at every turn and receive their just punishment in the end, danger, secret passages, unexpected twists in circumstances, and a perfectly splendid resolution of every injustice suffered with a soul satisfying sigh of all’s well that ends well and happily ever after at the close of the tale. The story is a bit of fantasy with a good dose of mystery all wrapped in an old-fashioned fairytale style. The action is constant and comical, the ominous just scary enough, and the bravery of the heroes bold and believable.

If you haven’t enjoyed this classic children’s fairytale in your family, it is time you read this fast-paced adventure to your children. Don’t just hand it to them, give yourself a treat and be a kid for just a few hours and read it together. Believe me, it won’t take long to read it because you will be dying to turn the next page and see how Bonnie and her cousin Sylvia manage to disentangle themselves from the evil plots of unscrupulous governesses and boarding school mistresses, ravenous wolves and reversals in fortune. The girls are left in the charge of a distant relative, Miss Slighcarp, (who rivals Miss Minchin of A Little Princess in devious greed and cruelty), while the invalid mother is taken to the Mediterranean for a health cure. As soon as the parents depart, Miss Slighcarp sets her evil plans in motion to procure their grand estate for herself by sending the girls off to a despicable boarding school where they will slowly starve and disappear into oblivion. But, Miss Slighcarp has not taken the wit and ingenuity of the girls and their goose boy friend, Simon into account.

I guarantee your children from seven to 17 will be alternately giggling and holding their breath. If you’ve read it before, you’ll enjoy it just as much the second time around. If you have some reluctant readers, or fantasy fiction addicts, or kids that are a little dull after the long winter, it’s just the ticket. You will all be heartened to know that though wolves don’t always have four legs, and are ferocious in any form, they can be overcome in more ways than simply by being shot.

Wolves of Willoughby Chase by Joan Aiken is grand fun.