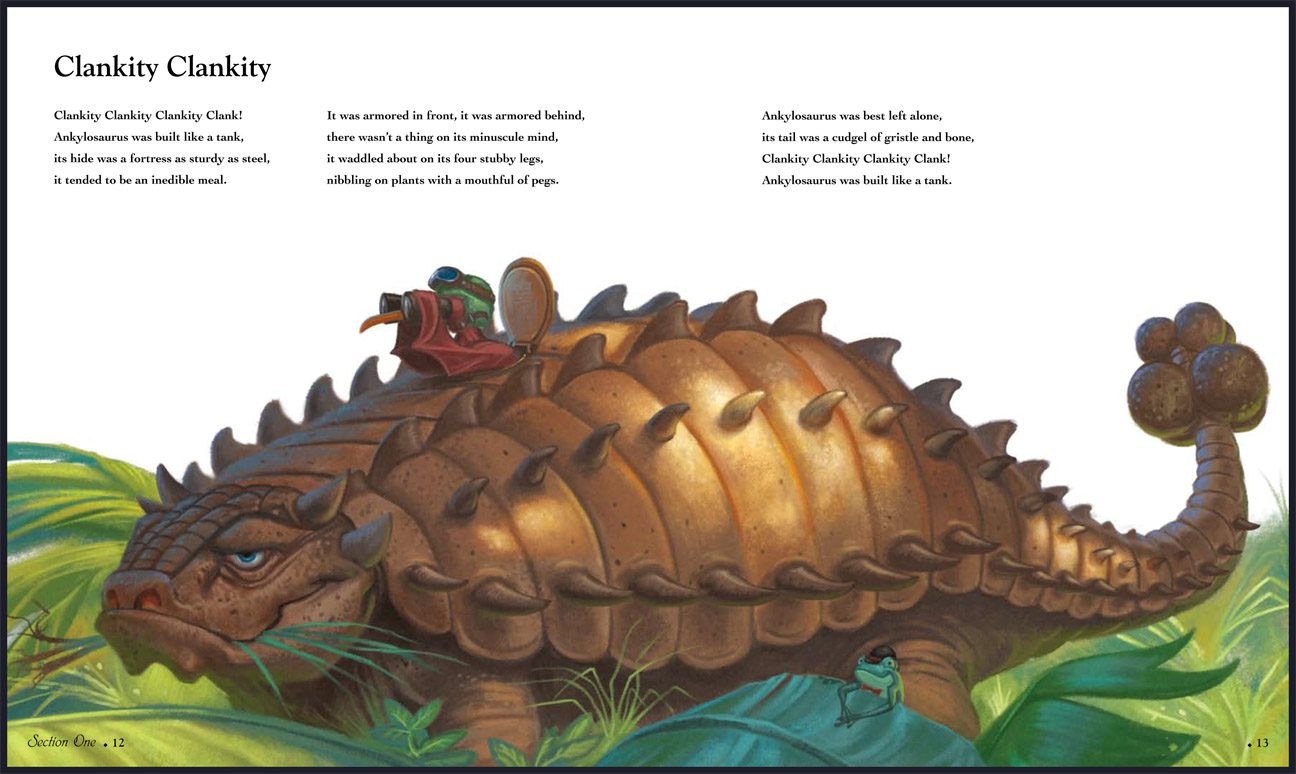 There’s an old story about the blues musician Robert Johnson, whose mastery of the electric guitar – it was said – came about as a result as a secret meeting at the crossroads with the devil himself. Every time I read Jack Prelutsky’s poetry, I have the same feeling – this guy must have made some sort of sketchy bargain to obtain his otherworldly abilities with language. No normal human being possesses such a dexterity of rhythm, mastery of rhyme, and command of various forms of side-splitting humor, from puns to hilarious word-pictures.

Either that, or he’s a wizard.

And then, I think I might be onto something. Prelutsky wields a power over words that is positively magical. And the effect he has on children is equally magical. We began a custom nearly a year ago to follow our typical bedtime read-aloud with a handful of Prelutsky poems – a literary lagniappe, if you will. While at first, my son was reluctant, now he makes sure we don’t forget the poems, and has gone back to a few of our collections, reading them cover to cover. In fact, the first poem he ever memorized was a Prelutsky poem. So was the second.

Here’s that one, one of many poems Prelutsky’s written about animals. In this case, it’s that loveable river beast, the hippopotamus:

is big from top to bottomus,

It travels at a trotamus,

And swims when days are hotamus.

Because it eats a lotamus,

So it’s a cinch to spotamus

I can think of three major ways in which Prelutsky’s poetry is sensational for kids and parents to enjoy together:

The ways in which Prelutsky manipulates words for the sake of puns, humor, or other effect, is endlessly inventive and rewarding throughout multiple readings and re-readings. If nothing else, it gives children a greater sense of the myriad possibilities contained within language.

There’s a solid cadence to all of Prelutsky’s work which is not only memorable, as illustrated above, but also immediately accessible to kids. There’s a “fun factor” involved in a poem that possesses such a strong, steady beat, which adds to the overall enjoyment of the words and ideas.

Maybe it’s just me, but a witty twist – whether a pun or simply a play on words – is always appreciated. Prelutsky’s got that going for him in spades.

I’ll leave you with one of my favorites, which sums up all these qualities. It’s called “We’re Fearless Flying Hot Dogs.” (Make sure you read it aloud!):

We’re fearless flying hotdogs,
the famous “Unflappable Five,”
we’re mustard in formation
to climb, to dip, to dive,
we spread our wings with relish,
then reach for altitude,
we’re aerobatic wieners,
the fastest flying food.

We’re fearless flying hotdogs,
we race with flair and style,
then catch up with each other
and soar in single file,
you never saw such daring,
such power and control,
as when we swoop and spiral,
then slide into a roll.

The throngs applaud our antics,
they cheer us long and loud,
there’s never a chilly reception,
there’s never a sour crowd,
and if we may speak frankly,
we are a thrilling sight,
we’re fearless flying hotdogs,
the delicate essence of flight.

A good place to start is the vibrant volume Be Glad Your Nose is On Your Face, a best-of collection, with brilliant, full-color illustrations from Brandon Dorman. While many of the poems in this collection were familiar to my family, when reading them again with Dorman’s whimsical, and at times downright hilarious, illustrations was like experiencing them again in a fresh new way.

At its best, poetry is a celebration of the magic of words and ideas. Poetry should sing without music and shine a light on the familiar in a way which provokes a new perspective on the world.

Jack Prelutsky’s poetry does that and more, and it’s a boatload of fun for families to enjoy together.