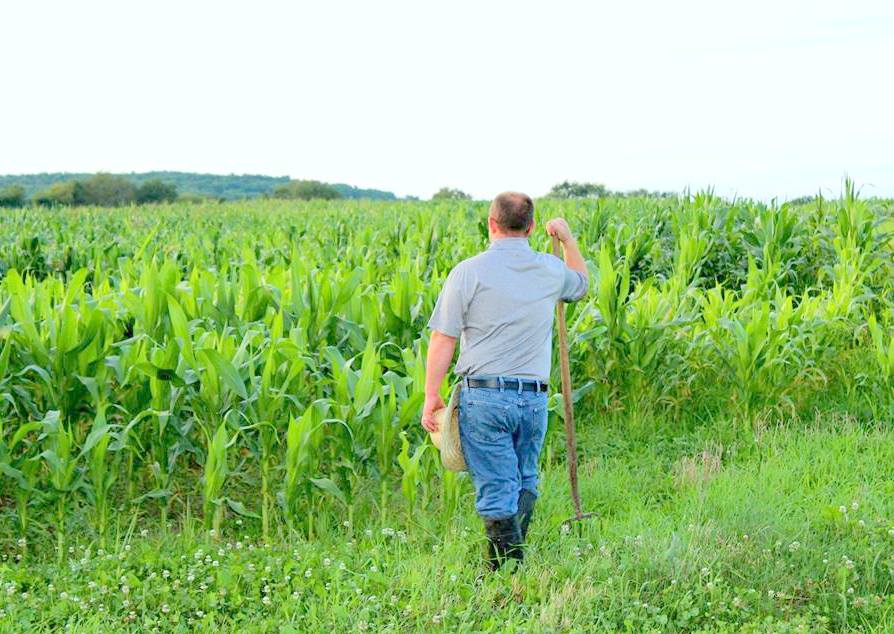 A Parable (of Sorts)

Once there was a young farmer who inherited from a wealthy uncle a farm in a far-off land. Surprised at being given such a weighty responsibility, the farmer questioned his worthiness of the gift. But with the counsel of his wife, the young man accepted the farm and they set out for the long journey to their new home.

When they arrived, they found no vast estate, with barns and outbuildings, pristine equipment, and scores of workers, as the farmer had hoped. There was only one humble barn and one field small enough to be walked in total in the space of an hour. Though the field was not large, its soil was rich and black, its furrows deep and straight. The farmer stood in the shade of a chestnut tree and quietly gave thanks for his inheritance. This is the land I have been given, he thought, and I will work it with all the strength I possess.

The next day, the work began. The farmer took a survey of the land to learn its rising and falling, where the water would pool in times of rain, and where the sun would bleach the ground in times of drought. In all he did, the farmer remembered his father’s counsel that a truly wise man listens twice as much as he speaks. So he listened to the land.

As the days crept into months, the little plot of ground began to speak in reply. The land revealed its secrets to the farmer, and slowly, slowly, it bore crops under his patient, steady hand. The first harvest was small, but the farmer and his wife rejoiced in the bounty – sweet corn, tender tomatoes, and crisp beans. They sold what they could and shared the rest with friends, who were drawn to the little farm by the bounty of both field and heart. A second harvest followed, a little larger, and again shared with the company of friends.

The years passed, and the small farm saw seasons of drought and flood, scorching heat, and punishing wind. With each new challenge, the farmer returned to the words of his youth: This is the land I have been given, and I will work it with all the strength I possess.

Sooner than he had expected, the day arrived when the farmer – no longer a young man – sat on his front porch watching the sunset cast its orange glow down over the rows of corn. His heart was filled with gratitude for the beauty and richness of the farm spreading out below him, and he suddenly heard a voice inside prompting him that the time had come to leave the farm. He must undertake a new challenge, one more suited to the man he had become. Though the farmer was sad at the thought of leaving the farm, he reminded himself he had only been a steward of the land for a time, not its true owner. He soon found a worthy successor, a young man who, with his earnest face and confident smile reminded the farmer of himself when he was younger.

Spring came, and the farmer watched as a truck appeared along the ridge and pulled into a spot beside the farmhouse. Out stepped the young farmer and his wife, who joined hands as they walked to the farmhouse door. As the farmer placed the keys to the farm in the young man’s hand, he found himself wondering if all his work would last. Had he managed to guide the little farm well, or would it fall to ruin without his guidance? Were there more bounteous harvests ahead, or were the farm’s best days behind it?

Troubled, he returned to the shade of the chestnut tree for the final time and looked down upon the rich, black soil and long, straight furrows. This is the land I was given, he thought, and I have worked it with all the strength I possessed. Let that be enough. The fields were ripe for planting. Soon, the harvest would come. And it would be good.