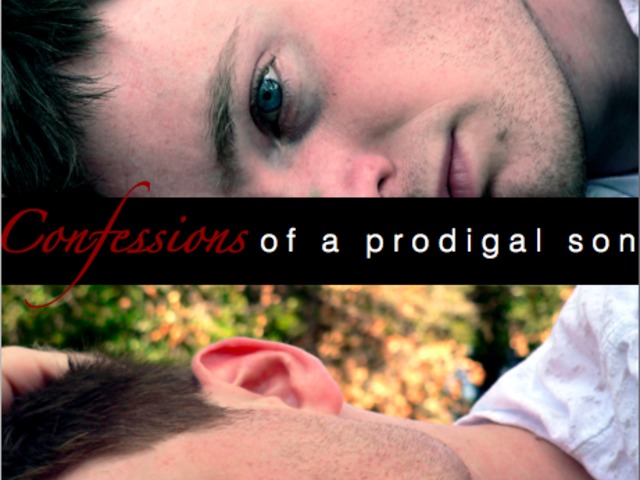 It’s been a while since I could write for the Story Warren because of our conferences. My mind is still a big puddle of gray goo because of them, so I’m going to write about something I’m watching happen right now, a little creative drama played out in my son’s life. I just want to share it and a brief thought with you here, in case you have a creative or mysterious child.

Nathan, our third child, was always an imaginative child. As a little boy, he would dress up and become a knight, soldier, super hero, literary character, Bible champion. He would build and defend forts and castles, create imaginary stores, restaurants, and places, act out stories, draw what he saw in his mind. At about 13, he wrote probably 10,000 words on a fantasy story he dreamed up. At that time he also began to write, direct, and act in short video projects made with friends. In his teen years, he began teaching himself guitar and piano (not a lesson taker), writing, performing, and recording his own songs, making music with friends. He took art courses and created imaginative portraits of Superman and people, and painted a mural across ten feet of his bedroom wall. He loved Lord of the Rings, Narnia, and Redwall. He loved epic movies and mysterious characters.

When Nathan was 18, he won recognition in a national arts competition as a songwriter and singer, and was awarded a partial scholarship to New York Film Academy, where he went at 19 to study acting for a year, living in Harlem. Then he moved to LA to chase the acting dream. He took odd jobs, he took extra parts, he figured out how to be there. He found an agent, joined AFTRA, and then got his SAG card at a young age that opened new doors. He led the marketing effort into the homeschooling community nationwide to promote “Dolphin Tale.” He was in a Super Bowl commercial. He wrote and self-published Wisdom Chasers, a book about his life of chasing after God as a young man.

Nathan’s heart has always been to be a light for Christ in the darkness of the film industry, to be a part of films that would be positive and redeeming. But he found that it is next to impossible to break into acting without compromising values, which he refused to do. So last year, he decided to take a break from trying to “break in” and decided he would try to “break out.” He wrote his own script for an original film based on the parable of the prodigal son. Industry connections he had made told him it was good and he should do something with it. He decided, at 23, to make the film, so he hired a crew to create a trailer on the cheap, put it up on Kickstarter, and prayed. Halfway through his campaign, he has reached and exceeded his $10,000 goal. He doesn’t yet know everything about film making, but he knows God has been with him this far, and will help him with the steps ahead.

We are so excited to see Nathan catching up with the dream he’s been chasing. But it raises the parental question: What has been the cost of raising a creative child? What has God asked us to invest to make sure Nathan could find the path of life God has for him, one that uses his creativity for God’s glory? Bottom line: It’s not the dollars. Like all parents, we invested those in Nathan’s journey, just as we have with our other children. But money is just the cost of living, it’s not the cost of becoming. The real cost?: It’s the faith. The greatest cost for Sally and me as parents has been the amount of faith and trust God has asked us to spend on Nathan. At times it pushed our envelopes, seemed irrational, and yes even felt scary, but by faith we believed that Nathan was “fearfully and wonderfully made” for something we couldn’t yet see, but that we could imagine. We believed in the potential of his imagination, just as we believed in the vision of our own.

But here’s the kicker. Nathan came to us with more than just an active imagination and some raw creative gifts and abilities. He also came with ADD and OCD, the real kinds not the popular TV kinds. We didn’t know about those until he was tested and diagnosed in his teens. As we were raising him and teaching him at home, we just thought he was a challenging child, a true extravert with a strong personality. There was a mysterious part of him we accepted, but we just didn’t quite always understand. We paid in a lot of investment in faith and patience in all areas of living and learning. We never gave up on him, or tried to force him to become something he was not, or considered him “learning challenged.” We hung in with him during some difficult teen years and saw him emerge with a desire to be an actor. We supported that dream and as it developed we saw his heart grow with a desire to help spread the message of God’s kingdom through his creative abilities. We’re glad now we spent our faith on Nathan.

Here’s the point. You cannot always budget your faith for a creative child. In fact, you may end up spending a lot more faith than you think you have. Fortunately, God the Father is like the Federal Reserve of faith—if you need it, He will give you more grace to spend more faith. If you have a child you think might be “out of the box,” like Nathan, you may need to begin imagining even now what it will be like for you, as a parent, to journey with that noncomforming child outside the normal boxes we parents tend to envision and try to build for our children. Nonconformity is not something to fear, as long as Christ is at the center of it. In fact, it may even be the very thing that allows your child to open up the little boxes that culture builds around Jesus to keep him conformed to their lives. Through your child’s unboxed creativity, vision, and art, whatever form it takes, maybe the world will be invited to see a Jesus who is more real, dynamic, personal, powerful, life-changing, and box-breaking  than anything they could ever imagine within the little boxes they thought they could keep Him in. If that is a child you can imagine raising, then be prepared to invest your faith.

That’s the story. If you’re interested in knowing more about Nathan’s film, “Confessions of a Prodigal Son,” you can visit his project page on Kickstarter (through April 1) or learn more at LightingDark.com.

Clay Clarkson
Clay Clarkson is sometimes tired, but never retired. He thrives on words, music, and ideas, both the enjoying and the making of them. As to books, he is the author of Educating the WholeHearted Child, Our 24 Family Ways, Heartfelt Discipline, and The Lifegiving Parent. And he’s still writing.

His senior project is some long-delayed children’s illustrated storybooks, and he’s still writing songs and even singing them at times.

His wife and children keep him humble, but never humilified (as long as he can neologize about it). You might find more about him on WholeHeart.org, his real job, or on ClayClarkson.com, his wannabe creativator website.
Latest posts by Clay Clarkson (see all)