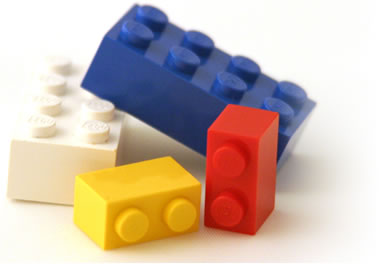 Our family spent the better part of last year studying the life and music of Johann Sebastian Bach. Together, we journeyed through his childhood, his family, his character, and his music. We discovered that his family was so well-known that it was common to be said of excellent musicians, “He’s quite a Bach.” Branding at its best in the 1800s.

If my children remember one thing from our study, I hope that it is the signature with which Bach signed his music. “Soli Deo Gloria” – “To the Glory of God Alone.” My youngest used the phrase for copywork. We all memorized it and spent a fair amount of time discussing how those words translate into everyday life. For each child, there was a thoughtful application. I’d like to share with you what it meant for one child in particular.  And then I invite you to consider what it may mean in your life.

Will, my 13-year-old, has always been an old soul. His interests are distinctive. Will devours books, often spends his hard-earned money on beakers (and copper wire, pvc pipe, you get the picture) for science experiments, has the mind of an engineer and the heart of a musician. It’s quite a combination.

Last spring, the majority of his energies were focused on learning, practicing, and perfecting 3 pieces of Bach to be played at his sister’s wedding. Quite an undertaking and somewhat of a stretch. In the early, somewhat painful, stages of learning the music, he was convinced that he couldn’t do it.  Too much, too hard, too little time. We pressed on, cheering “Soli Deo Gloria.”  Real world translation:

Pouring out our talents and gifting for God’s glory is.

We’re called to humility in giving rather than pride in accomplishment.

In addition to the world of Bach, Will spends a fair amount of time in the world of Legos. Stop-motion videos, to be precise. I wish that I had the attention to detail and patience that are required to produce a two minute stop-motion video. I don’t. But Will has spent numerous hours in perfecting his technique. Scenes from Star Wars, the Wilderking Trilogy, and various robberies have been immortalized in the form of Lego videos. Soli Deo Gloria… how in the world does this phrase apply here?  It feels like a stretch at best. Not quite of the magnitude of a shepherd boy spending years perfecting his shot with a sling, but a stretch.

Then came the Andrew Peterson’s unexpected announcement that there would be a contest for bloggers reviewing his latest book, The Monster in the Hollows. Let me admit that we’re serious fans, and that the children have been indoctrinated accordingly.  So knowing that the contest would most likely be entered by adults who were “real writers”, we chose to believe that it was true, regardless of the outcome:

He calls us to use our individual gifting to His glory.

When the reviews came pouring in, I allowed Will to read through a few. “I can’t do that” was his response. No, he couldn’t. But he could give out of what he had. He mustered up the courage to hope, and days later, he had created a video for The Monster in the Hollows. He then wrote a review that came straight from his heart.  To my knowledge, he was the only child who entered the contest among many adults.

Weeks later, the big day came. The announcement was made. The family celebrated. Will’s younger brother jumped up and down while cheering, and Will’s little sister threw her arms around his neck and rewarded him with her infectious kiss.  The coveted award to the winner was an original Wingfeather Saga drawing. Will was to choose his favorite character or scene from the book, and Andrew would get to work drawing.

After months of anticipation, I’m grateful to report that Andrew delivered the drawing, and it has taken up permanent residency in our boys’ room.  Here’s a peek: On the back of the picture is the following inscription: As summer fades into fall, and months compound into years, the excitement of winning the contest may lose some of its luster.  My hope is that as we continue to enjoy the drawing so generously crafted for Will, it will be a tangible memorial stone for our family.  It will serve as a reminder that yes, it is true:

When we offer our gifting, passions and desires back to our Creator to be used for His glory,
He can and will use anything to accomplish that purpose.

Even little boys who likes to read clever books and create with Legos.