Finding a great book is like discovering gold, yet acquiring such a treasure rarely happens by accident. Often, we must be wiling to explore unchartered territory. We need a plan. To understand the “why” behind the plan, take a few minutes to visit Books for Boys: Why it Matters. Godspeed as you embark on your adventure! May your bookshelves be lined with great treasure.

You may notice that some of your favorite books (and many of ours, like The Chronicles of Narnia and The Hobbit) don’t appear on this list. Rather, I’ve attempted to include titles which are somewhat “off the beaten path.” The majority of the list was compiled with the help of my boys. They love their books. 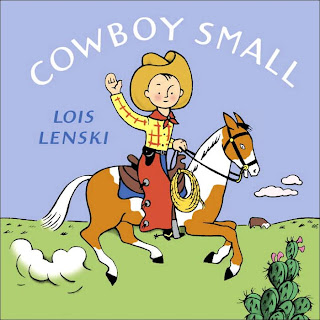 Sam’s Cookie (series) by Barbro Lindgren – One of my personal favorites for my Sam. If a two-year-old could write books about his life, this would be the product.

Dr. De Soto by William Steig – So very fun and clever – for grownups as well.
Yellow and Pink
Sylvester and the Magic Pebble

Billy and Blaze (series) by C. W. Anderson – A boy and his adventures with his horse. Beautiful illustrations.

Alfie and Annie Rose (series) by Shirley Hughes – Everyday life of a little boy and his toddler sister.

Dan Frontier by William Hurley – Probably the most iconic books from my boys’ early years. Although out of print, they are worth the hunt. The first book in the series, Dan Frontier, is written with few words and a large illustration on each page. As the series continues, there is a slow progression to smaller (and more) words on each page, and fewer illustrations. Readers become familiar with the characters and storyline, so they are less intimidated as the reading becomes more challenging. I should note that my son read a rather comprehensive biography on Daniel Boone, and Dan Frontier had strikingly similar friends and adventures. The Dan Frontier series provides plenty of exciting adventure and action. It may be my favorite.

Jim Forest by John and Nancy Rambeau – A close second to Dan Frontier in our house. Titles like Jim Forest and the Bandit and Jim Forest and Dead Man’s Peak live up to their adventurous names.

A Tree for Peter by Kate Seredy – I was hesitant to add this book to the list because it is out of print and hard to find (and yes, expensive). But in the event that you stumble upon A Tree for Peter at a used book store or on ebay, by all means, purchase at once. If you’re familiar with the writings of Makoto Fujimura or Andy Crouch, Kate Seredy distills their messages on “Culture Care” and “Common Good” into a beautiful, poignant picture book. (As an aside, I highly recommend Refractions and Culture Making as significant reading for parents.)

Thoughts to Make Your Heart Sing by Sally Lloyd-Jones – Because we all need to know that we’re part of a much bigger story. Every child (age 9-90) should have a copy of this book.

Many of the Early Readers listed are out of print. However, you can find them fairly easily at addall.com, which is a virtual clearinghouse for used books. I’ve also stumbled upon great finds at ebay.

The Book of Dragons by Edith Nesbit – One of our favorites. Everything by Nesbit is worthy of reading, and of reading aloud as a family. She was the first author to bring fantasy into the everyday life of children (rather than children leaving our world to escape into fantasy). Incredibly well written and delightful stories. A favorite of C.S. Lewis.
The Enchanted Castle
Five Children and It

100 Cupboards (series) by N.D. Wilson – I was significantly influenced by Wilson’s book, Notes From the Tilt-A-Whirl (if you haven’t read it yet, you should), and was delighted to learn that he had a series of books that my boys could read. Wilson masterfully explores the nature of good and evil throughout his books (I’m holding off on my 9-year-old reading them until she’s a bit older) – ancient truths wrapped in great story. We’ve become bona fide N.D. Wilson fans.

Sneaky Uses for Everyday Things by Cy Tymony – Amazing, really. Many a contraption in my house was conceived here.

Just David by Eleanor Porter – A poignant read-aloud for fathers and sons. You can download for free here.

Teddy’s Button by Amy Le Feuvre – Perhaps the best explanation of the battle between good and evil that rages within all of us. Powerful message for adults as well as children. Grace embodied.

Freddy the Pig (series) by Water Brooks – One of my favorite series. Great to read aloud as a family or individually. Freddy the Detective is at the top of our list.

Little Britches (series) by Ralph Moody – If you’re looking for a father/son read-aloud, look no further. My husband has read through most of this series with the boys, and he’s enjoyed them as much (or more) than they have.

Princess and the Goblin by George MacDonald – Don’t let the title fool you – great for boys. We’ll read this one again and again in the years to come.

The Wonder Clock by Howard Pyle

Otto of the Silver Hand

The Bark of the Bog Owl Trilogy & The Charlatan’s Boy by Jonathan Rogers – The trilogy is a great read-aloud for younger children or independent reading for older kids. The Charlatan’s Boy was one of my personal favorite books read last year. The characters have become ingrained in our family culture. If anything goes wrong or missing – a feechie did it for sure. Here are a few important lessons learned from our reading:

The Bark of the Bog Owl Trilogy is currently out of print, but you’re likely to find the books in your local library. Stay tuned for news of their 2nd printing later this year. You can find The Charlatan’s Boy and other great books by Jonathan Rogers here.

Fiddler’s Gun and Fiddler’s Green by A.S. Peterson – Fiddler’s Gun has been one of my favorite reads this summer – full of adventure and heart. Due to the accurate portrayal of life, events, and language that took place during the Revolutionary War (and on pirate ships), these books are recommended for those over thirteen. Book club information including special pricing and discussion guide can be found here.

Auralia’s Colors (series) by Jeffrey Overstreet – We just discovered this series, and my son insisted that it be added to the list. He described the books as a cross between the Susan Cooper and Lloyd Alexander novels. You can read Overstreet’s thought-provoking piece on “Christian” fantasy here.

At the Back of the North Wind by George MacDonald
One of my personal favorites. This is our family read aloud this summer. It gets better every time.

For your own cartography:

Visit Living Books Library for their “Top Picks for Boys” list. Take time to browse through the website. It is a goldmine for book lists, information about books, and authors.

Bethlehem Books is a great place to find historical fiction.

Trailblazer Books by Dave and Neta Jackson are historical novels which introduce heroes of the Christian faith. The website provides a map, timeline, and various other resources corresponding to the books. The Bandit of Ashley Downs (introducing George Muller) had a tremendous impact on my life, as well as many of the others Trailblazer books that we’ve read.

Heroes: Then and Now published by YWAM has an extensive list of Heroes of History and Christian Heroes: Then and Now. The books about C.S. Lewis, Dietrich Boenhoeffer, Corrie ten Boom, and Eric Liddell are a few we’ve enjoyed. These are excellent resources.

The “We Were There” series is full of action and adventure. Historical events are retold through the eyes of children. Although out of print, they are fairly easy to find. For a complete book list, visit here.

A list of resources about children’s literature (including many of the “maps” I used to find these gems) is found here.

Editor’s note: any amazon links in this article are affiliate links