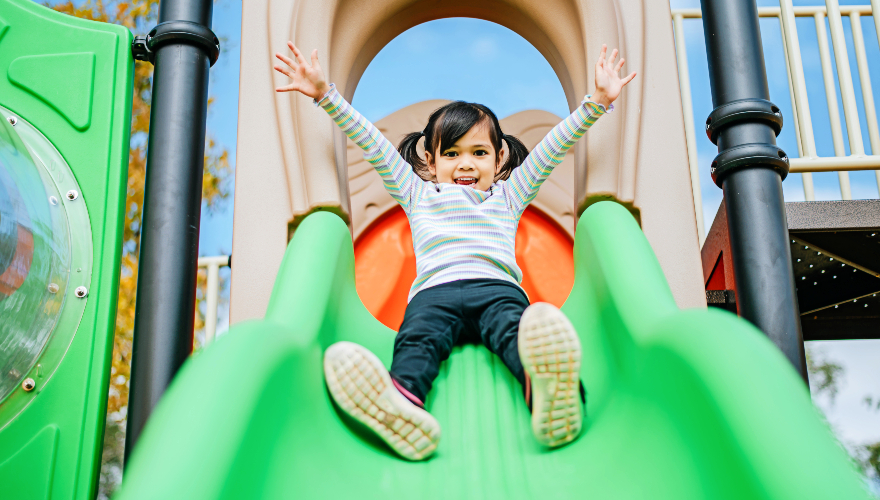 I’m scrambling up the climbing wall behind my four-year-old.

It’s Wednesday morning at 9:47 AM.  Two nannies and a clutch of coffee cup cradling moms-with-toddlers are glancing nervously at the middle-aged woman in a skirt giving full battle cry while scaling Mount Etna behind her fearsome warrior.  He reaches the top, gives a piercing ululation of victory and hurtles himself head-first through the monster’s gaping maw into its twisted throat.

I slide after him and (after some careful negotiations of the curvy parts) roll out onto the sunlit mulch.  Monster obliterated, the warrior is engaging in a complex victory dance.  Jumping up, I join in, heedless of the smirks on a young dad’s face, half obscured by his cell phone.

Monster defeated, Rescue Man is now dashing for the helicopter pad.  I stand guard at the lower-level entrance to Headquarters and assume the role of emergency dispatcher.

“Helicopter 14, you are responding to a lost dog on a glacier (here, a quick aside to explain what a glacier is and why there is danger).  You have four minutes before the dog falls into a crevasse!”

Rescue Man breaks rope ladder speed records and reaches the top of the structure in time to start his rotors and lift off.  He comes down a moment later to refuel, narrowly missing the two wide-eyed girls staring up at him.

“Okay, radio person!” he shouts, rolling over the bar and jumping down.

“Five more minutes,” I call to the pilot as he leaps from the quay onto the deck of a swaying ship.

“I wanna slide,” he calls back.

Yesterday, at the park, we were manning the Titanic, talking about how cruise ships now have to carry enough lifeboats to seat everyone on board.  It occurred to me that for my son, exercise, history and public safety were overlapping on the Venn Diagram of imaginative play.

Look around, though, the next time you’re at the swings with your littles.  Many children are silent, not calling, singing, or imitating sounds as children did before the invention of the cartoon.  Parents pushing with one hand, scrolling with the other.  Caretakers who are minding the body with a steady supply of fish crackers and juice boxes but are neglecting the souls of their charges.

We have to show them another way.

“You are the brave leader,” I tell myself, engaging in my own imaginative means of dealing with awkward social situations.  “Those moms and caretakers are watching you advance the cause of imagination in your child.  You are teaching them how to do it.  They probably never learned!  The way their children stare and sidle in your direction tells you how much kids want to play imaginatively!”

On the drive home, I had a few thoughts about how to get kids involved in the highly educational and entertaining art of imaginative play:

For your efforts, you will be rewarded with a nap-ready child who feels understood by and involved with his parents.  You will get some exercise yourself.  You will have a chance to inculcate your offspring with your worldview.  Finally, maybe surprisingly, imaginative play will be fun for you, too.

But don’t take my word for it. 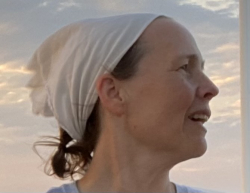 Sylvia Dorham
Sylvia Dorham's greatest accomplishments can be summed up in the words "wife" and "mother."Author and homeschool mother of ten (plus a few grands), Dorham hails from the DC area where she and her husband, a Byzantine Catholic priest, are entering their third decade of marriage.

You can find her latest book at: amazon.com/Lady-Undoer-Knots-Sylvia-Dorham/dp/1505121566/