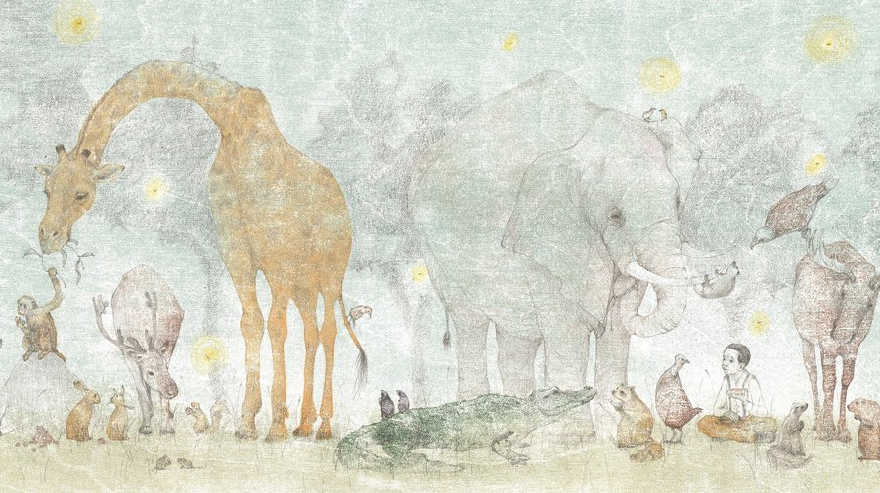 Everything about The Purloining of Prince Oleomargarine is odd. It’s odd that the two authors, Mark Twain and Philip Stead, never met and in fact are separated by some seventy years. It’s odd that the oddly-named title character doesn’t appear until the last third of the book. The structure is odd—the chapters bounce back and forth between the main story, notes from the authors, new stories to replace bits of the old one that are displeasing, and side stories to fill us in on what minor characters are up to. Even the construction of the book is odd. It’s an irregular size, and the text is displayed in a half-picture book, half-chapter book format. There is a chicken named “Pestilence and Famine.” Yes, Pestilence and Famine. (For a brief moment I wondered if there had been a misprint and Flannery O’Connor should have been credited as one of the authors.) But it’s all of these oddities rolled together that make Purloining such an interesting and enjoyable tale. Readers of Mark Twain will recognize his style, certainly, and the imagined dialogue that Philip Stead gives him fits his reputation, as well—sharp and stubborn.

The illustrations are done by Erin Stead, whose work I absolutely love. Her woodblock print and pencil illustrations are so distinctive, and the graininess of the color saturation make all the images seem dreamlike. In Purloining, important characters get their own portrait page, and the expressions on their faces are just right for this whimsical but melancholy story. Some spreads are devoted to full-page illustrations to set the scene, and others feature one solitary figure in the corner, perfectly placed to build tension or let the reader pause to absorb the events.

Despite the title, the primary character here is named Johnny, a young man with a very hard life. He lives an impoverished life with his unkind grandfather, and his chicken, Pestilence and Famine, is his only friend. But even the future of their friendship is dim. Johnny’s grandfather forces him to sell Pestilence and Famine. Johnny’s walk to the market and his discoveries there set in motion a chain of events that is…well, odd. A mysterious old woman, talking animals, and other familiar fairy tale and fable conventions enter the story until at last the ragtag company comes to the pivotal discovery of the book; Prince Oleomargarine has been kidnapped, and Johnny is tasked with finding him. Throughout this unusual and surprising journey, Johnny’s story is marked and emphasized by his friendships. It’s clear through his words and choices that he has a deep love for the animals and people who treat him with kindness, and the story is peppered with reminders of how our treatment of others can eventually turn around and impact their treatment of us. Johnny is a boy of few words, but those he does speak are powerful and well-chosen, and made my heart happy. The last illustration is of a weasel holding a cookie. See? Odd, but in such a good way. I hope you find The Purloining of Prince Oleomargarine as refreshingly quirky as I did.