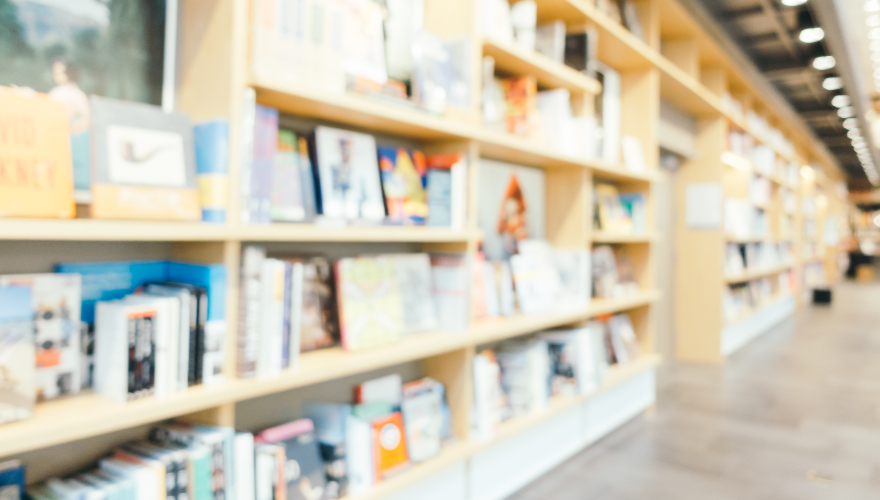 For millennia the written word has held special significance among those whose faith is centered on scripture. Some ancient Jewish and Islamic traditions imposed safeguards to prevent the desecration of any piece of writing—sacred or secular—that might bear God’s name.

Christian history is marked by missionaries and others who made literacy and education a priority, on the premise that everyone should have personal access to the written Word of God. Among these, Martin Luther, William Carey, and Jonathan Edwards are familiar names. A less familiar example is the Kyrias family of Albania, active supporters of language development, publishing, and education, particularly among girls.

In contemporary America it can be hard to fathom a culture where the written word is not readily accessible. We read to our children from the day they are born, fill shelves with assorted Bible editions, and ship off excess volumes to thrift stores and little free libraries. The handful of picture books below give elementary-aged children a glimpse of the lengths to which people have gone—and still go—to preserve, procure, and distribute the wealth that is literacy.

This fictional story is inspired by the childhood experiences of author Rahman, a doctor, activist, and senior policy advisor on health in Ontario. It depicts an Afghan bookmobile volunteer and her daughter distributing books to villages and refugee camps. Mama reads to the children who cluster about her and coaches them in the alphabet.

Later Mama describes her own childhood. In an era when girls were prohibited from going to school, her father taught her to read in their basement. Mama celebrates her daughter’s opportunity to gain an education and the freedom it gives her. Sadly, that era closed with the resumption of Taliban control in 2021, a year after the publication of this book.

Biblioburro: A True Story from Colombia

Teacher and book lover Luis Soriano longed to share his personal library with readers lacking access to material. Accordingly, in 2000 he began toting books on his donkeys, Alfa and Beto, to isolated residents of the hills of northern Colombia. Once (according to Biblioburro) he bought off a would-be bandit with the offer of a book.

For those curious to learn more, an internet search on “Luis Soriano biblioburro” yields numerous videos and articles. Appearing among them is a 2017 report on Soriano’s prosthetic leg, the result of a donkey accident in the line of duty.

The Librarian of Basra: A True Story from Iraq

When the city of Basra was invaded during the 2003 Iraq war, head librarian Alia Mohammad Baker knew her books were in danger. With the help of friends and family, she moved seventy percent of the books out of the public library and into a neighboring restaurant. Days later the library burned down. Eventually, she and her friends distributed the books amongst their various houses until the library could be rebuilt in 2004.

A sad epigraph to the story is that librarian Baker died in August 2021 of COVID. She was approximately 69.

Miss Dorothy and Her Bookmobile

This heartwarming story hails the librarian who served the author’s childhood community. After graduating from library school, Dorothy Thomas ended up with her husband in a rural North Carolina community. In the absence of a formal library, Dorothy was appointed custodian of the community’s bookmobile.

Houston’s book describes Thomas’s adventures delivering books to farms, towns, mills, schools, and churches. Grateful beneficiaries included Mrs. Mauney, who signaled her need for books by hanging red flannel drawers on the clothesline; Barbara, confined to a wheelchair and unable to attend school; a farmer who towed the bookmobile from the flooded river after being promised a book of poetry; and Ben, who eventually went off to explore the world he first encountered in Miss Dorothy’s books. A fitting and charmingly illustrated encomium to a local hero.

The House of Wisdom

In a reverse movement from the above mentioned disseminators of literature, this book chronicles the ninth-century effort to gather the writings of the ancients into the “House of Wisdom” in Baghdad. Under the headship of Nestorian Christian Hunayn ibn Ishaq, classics on philosophy, medicine, history, and science were unearthed from neglected libraries and forgotten caches. A collective of scholars then translated them from Greek and other ancient languages into Arabic and Persian. Many of the classic texts available to us today owe their existence to this phenomenal undertaking.

Authors Heide and Gilliland posit a narrative in which Ishaq, Hunayn’s son, sets forth on a quest for manuscripts. In the process he acquires his father’s fervor for connecting with the ancients through the riches of learning. The House of Wisdom offers eloquent homage to the enduring nature of truth and the power of knowledge to unite diverse peoples. Although out of print, this beautiful book is still available from online booksellers.

Featured image by mrsiraphol
A.C.S. Bird
Amanda Bird is a writer and editor. She lives just outside Eugene, Oregon with her husband, teen daughter, a dozen chickens, and a small flock of pigeons. She reviews a wide range of books at https://birdsbooks.peregrines.net/.
Latest posts by A.C.S. Bird (see all)