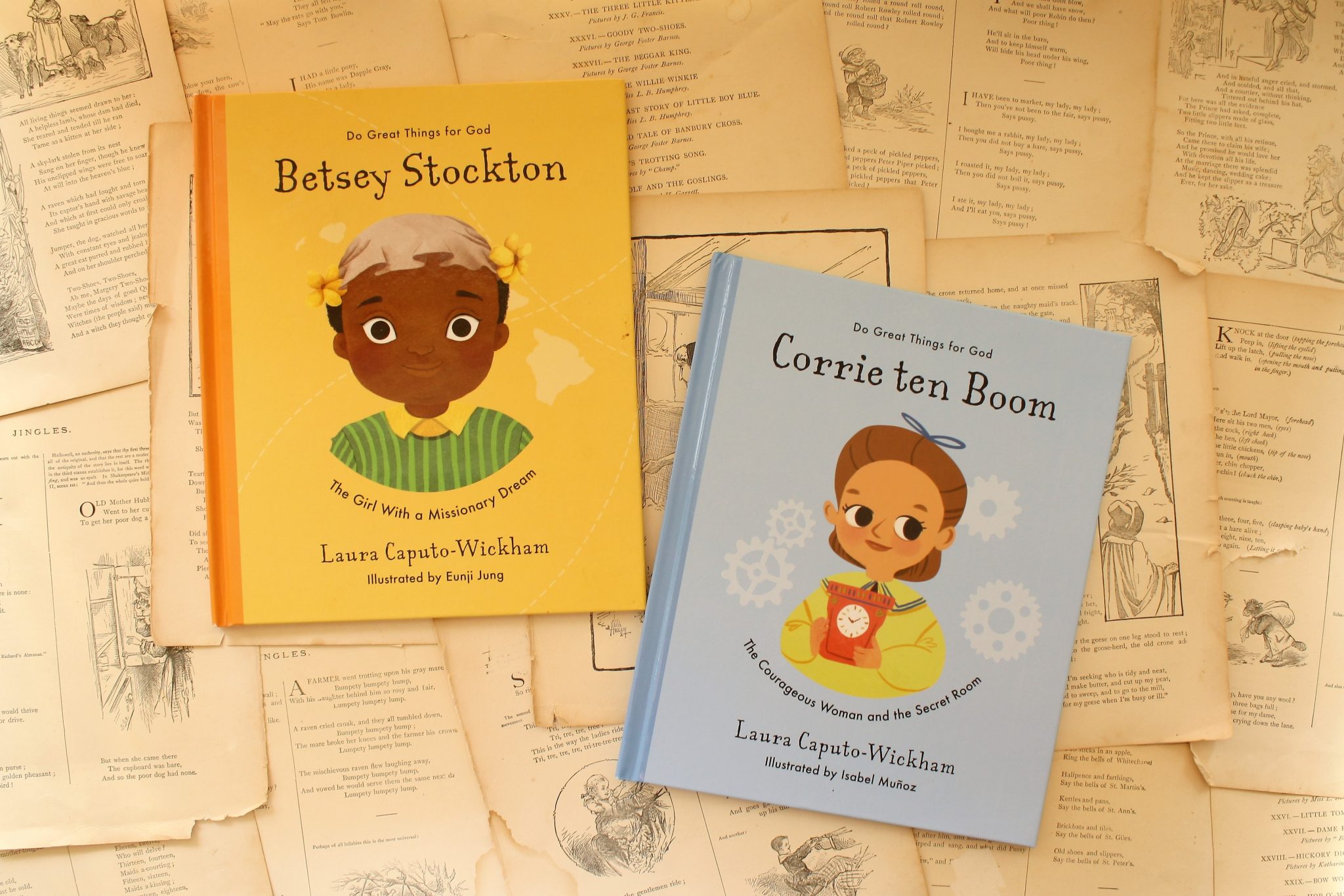 Discipleship is showing, not telling: it is one believer demonstrating for another how to live in this world as a Christian. Telling is important, too, but without giving a disciple a lived example to follow, discipleship becomes—there’s no easy way to say it—hypocrisy. How much more so in parenting? My daughters have learned far more about my habits and loves than I expected them to when they were little and I was certain I could simply tell them how to live. Evidently, they’ve been watching far more than they’ve been listening. God, in his mercy, has now given me a handful of people who will (sometimes bluntly, but most often politely) call me out on my inconsistencies.

Most of the biographies we’ve read so far have been chapter books or were intended for older readers, and I had never questioned that. In many cases, these believers lived through incredible hardship and persecution. I found it hard to imagine ever translating those stories into a form that would both appeal to and be appropriate for a younger reader.

But behold! Laura Caputo-Wickham has done it!

Her “Do Great Things for God” series is written for elementary-aged children. These are short picture books—beautifully illustrated by Isabel Muñoz—that show readers what the lives of Betsey Stockton and Corrie ten Boom looked like. Pause there for a moment. Betsey Stockton: a recently emancipated slave, who gave her life to missionary work in Hawaii. And Corrie ten Boom: a Dutch woman who was arrested during WWII for rescuing Jewish people from the Nazis. Caputo-Wickham simplifies these stories for the sake of her readers, but she aims high, showing readers that God is faithful even through slavery and the Nazi death camps.

And she does not overestimate her readers. My seven- and five-year-old daughters love these books. In fact, Betsey Stockton was the first full-length picture book my seven-year-old read aloud to me. I often find both girls thumbing through these on their own, talking their way through the pictures, and that is the nicest thing I can say about a picture book: my daughters choose these books of their own volition, even when there’s no one around to read to them.

So far there are just two books in this series, but I sure hope Laura Caputo-Wickham is working on more. I am so grateful for these stories that don’t just tell my daughters to do great things for God—they show them what faithfulness looks like.

This post first appeared, along with other terrific resources, on http://littlebookbigstory.com.