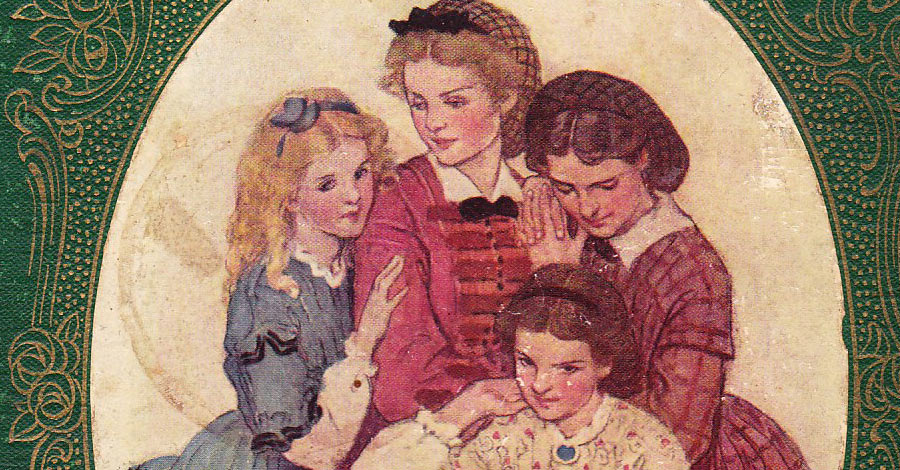 The opening line of the classic, Little Women, is famous: “’Christmas won’t be Christmas without any presents,’ grumbled Jo.”

But, of course, Mother did not let them down and presents were given–copies of Bunyan’s Pilgrim’s Progress. Each of the March girls go on with their own pilgrimage to adulthood throughout the rest of that novel with Pilgrim as their guide.

Little Women and Pilgrim’s Progress, as well as a host of other stories, guided my own steps as I grew up. The supply of admirable heroines for growing girls is endless, but in case you are too pressed with Christmas preparations to think beyond Anne of Green Gables, I have a few other suggestions for you to consider for the girls in your life. Books, after all, are the gift that never wears out. Years after they have been finished, their stories live within us, their characters inevitably shape our own.

Caddy Woodlawn (Carol Ryrie Brink) is a highly entertaining tale of a tomboy who tumbles from one hilarious predicament to another during the post Civil War days in Wisconsin. She is on the verge of young womanhood and can think of nothing worse. With time and a lot of Grace from her large and loving family, Caddy learns that fun and adventure will not come to an end with her inevitable future. The story is loosely based on Brink’s own grandmother’s reminiscences of childhood, a heartwarming heroine with which girls of all ages and generations can relate.

Cassie Logan, in Roll of Thunder Hear My Cry (Mildred D. Taylor), is another girl learning similar lessons in a vastly different time and place. Imagine being the wrong color in 1930’s Mississippi, facing the constant disdain and outright hatred of the surrounding community as your family struggles to hold on to all that is dear–their land, the pursuit of education, and family itself. I can think of few heroines with as much courage and fortitude as Cassie and her greatest life lessons are the valuable ones every girl everywhere must learn to live a peaceful and prosperous life. Her story is full of humor and hope.

Another heroine that stands out from literature is Janey Larkin in Blue Willow (Doris Gates). She cannot remember the happy times back in Texas before the disastrous Dust Bowl days which drove her family into the world of migrant work that eventually brings them to the fertile valley of California where the story takes place. An only child, painfully lonely and longing for stability, permanence, and lasting friendships, Janey finds that patience and perseverance pay big dividends. She clings to one treasure, a blue willow pattern plate, a symbol of all she once had and longs to have again and which will prove to be a key to the change in their grim circumstances and the fulfillment of her dreams.

The only tragedy that has touched Calpurnia in her 11-year-old life is being born the only girl among six boys. I picked up Jacqueline Kelly’s first novel, The Evolution of Calpurnia Tate, recently, and was pleasantly surprised at its literary quality and historical realism. In the year 1899, it was not common for a girl to prefer roaming the woods and fields investigating nature, recording observations, and puzzling over questions about the world outside when she was expected to be absorbed in needlepoint and pastry baking. Calpurnia grows on the reader as well as the eccentric and aloof grandfather of the family, who has retired from farming to devote himself to science. The wonders of the newly installed telephone and first automobile are exciting developments to them, but not nearly as thrilling as the discovery they make together of a new species of plant. It’s worthwhile for our modern daughters to appreciate the freedom of education they enjoy as they experience Calpurnia’s life in a time when such pursuits were considered outrageous for a girl. Even more valuable is the idea in our oh-so-rapidly-changing world, that the revelation God has given us in the world of nature is still a never-ending wealth of knowledge and pleasure.

So is the gift of words, the stories of lives, and the insight and enjoyment we receive from such books as these, which make them enduring presents at Christmas and our whole life long.